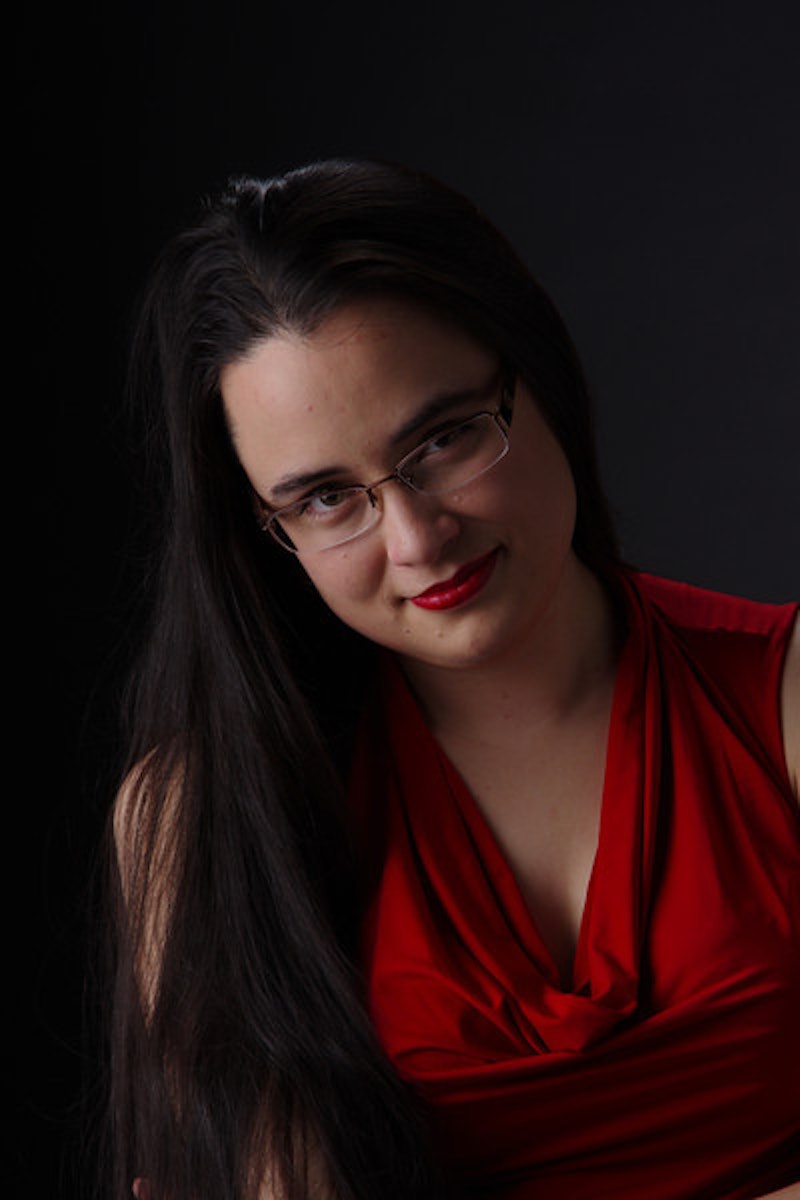 Rosamund Hodge's debut novel Cruel Beauty (Balzer + Bray) is sure to appeal to the fairy-tale hungry YA fans, but it's certainly not just another bland entry into the subgenre. By blending Greek mythology to the Beauty and the Beast tale, Hodge has built a novel that's unique, if not entirely successful.

Cruel Beauty takes the myth of Cupid and Psyche and inserts it into the familiar Beauty and the Beast story. Nyx Triskelion has known most of her life that she is betrothed to the demon that rules their land of Arcadia, the Gentle Lord. Her father bargained with the Gentle Lord for his wife to have children, offering his daughter — but the deal came with consequences. His wife died in childbirth, leaving behind twins, Nyx and her slightly younger sister Astraia. Nyx's father and the twins' aunt Telomache — the father's new lover — chose Nyx to be the Gentle Lord's wife, and she was cast into his palace with plans from her father to kill him and free Arcadia..

When Nyx arrives at the demon's palace, he offers her riddles for her life and freedom, and she spends her days searching his mystical, labyrinthine halls for ways to succeed in her father's mission. Along the way, she encounters a benevolent shadow servant named Shade that only appears in the nighttime, and Nyx falls for her demon lord, called Ignifex, sending her entire mission, family, and land into complications.

In addition to the Cupid and Psyche tale, in which the lovers must overcome extreme obstacles to unite, it echoes Persephone, the queen of the Underworld, and Hermes, the messenger of the gods. Nyx the name is taken from Greek mythology as well, as the personification of night. This is a hint to the girl's character, because as the story goes on, Nyx realizes there is darkness in her soul. The hate she bundled inside for her father's choice, her aunt's capitalizing on their sorrow, and Astraia's safety and naivety has pitted a cruelness in Nyx. And that darkness is a compelling choice from Hodge.

Hodge could have easily fallen into the classic Beauty and the Beast tale trap. She could have painted the heroine has beautiful inside and out, plain and simple in her characterization. Nyx isn't dreamy about her future; she's realistic.

However, Nyx's cruelty and darkness adds complexity to the story and it creates a muddy morality that thrives in Greek mythology itself. And, even more interestingly, the poison isn't written as something to be solved; it's this cruelty that draws the Gentle Lord into loving her.

"I'm the evil demon lord. I know it's not a compliment, but I do like my wife with a little malice in her heart," Ignifex says to Nyx during one of their early encounters, and it's a theme that swells as the story goes on.

The problem is that the love between Nyx and Ignifex can tip into the same issues in other re-tellings of Beauty and the Beast: Stockholm syndrome.

Stockholm syndrome is a psychological condition that causes a hostage to bond to and even express empathy for their captors, also called capture-bonding. It existed in Disney's Beauty and the Beast, and a tinge of it still exists in Cruel Beauty. Just take these quotes from Nyx about Ignifex:

He was my enemy. He was evil. He wasn't even human. I should have been disgusted, but just like the last time, I couldn't help myself any more than water could stop itself from running downhill.

For Ignifex was still himself, still mocking and wild and inhuman, terrible as a legion arrayed for war; but in my arms he became gentle, and his kisses were sweeter than wine.

Admittedly, Hodge complicates this issue by presenting a reason for her love: that Ignifex sees the wicked inside Nyx and loves her anyway. However, it can be hard to see past troublesome passages.

In addition to the mythology, Cruel Beauty also alludes to common fairy tale tropes, sometimes winking at the readers. Aunt Telomache stands in for the wicked stepmothers that populate fairy tale lands; Ignifex presents a deal to Nyx: her freedom if she can guess his true name, echoing Rumpelstiltskin; kisses that can bring the dead back to life, like in Sleeping Beauty and Snow White; and even a taste of an allusion to the Disney Beast's ballroom in Ignifex's castle.

Cruel Beauty reads like one of the classic tales it represents in its pages, but that may not be a good thing. It's easy to applaud Hodge's ambition in her debut novel. The writing, the allusions, and the complicated story are all objectively impressive — however, it feels distant, like beautiful antique couch covered in plastic or a priceless painting under glass. The tale is hard to engage with emotionally, as some of the crucial scenes are seeped in complex imagery that necessitated rereading and took away from engrossment in the story. While it could be argued that, using mythology and classic fairy tales, this is just what Hodge aimed to create with her work, it still won't leave an indelible mark on me as a reader.