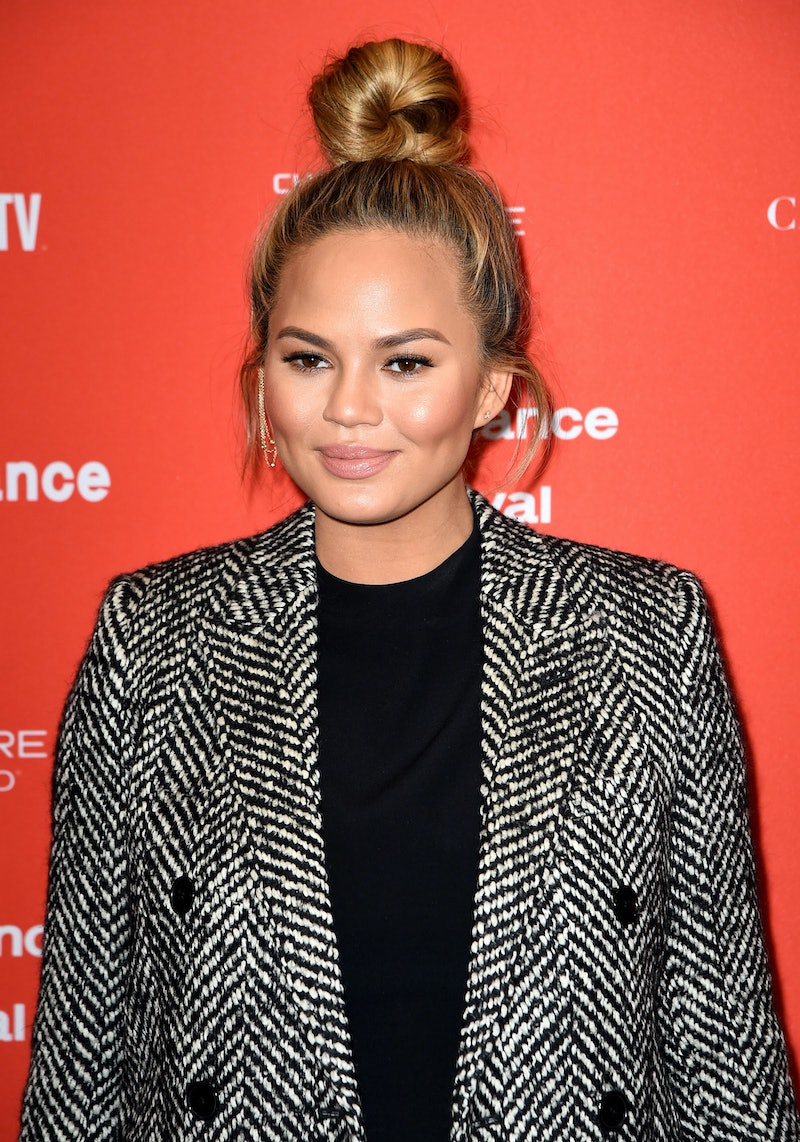 Fox's Grease Live! musical extravaganza is airing Sunday night and it's the pop culture event I hoped it would be. But like most things, I thought the only thing that could possibly make it even more fun would be a dash of internet hero/supermodel Chrissy Teigen. And then, I saw the best news ever: Chrissy Teigen is live-tweeting Grease Live! and she's never seen the movie version. The awesomest person on the Internet documenting the hottest TV event of 2016 so far? It's the most amazing pop culture gift ever.

Teigen began the night by declaring that the rain storms in Los Angeles better not stop her from getting her Grease Live! on. "Storm knocked the power out at my house til tomorrow," she began her live-tweet awesomeness. "It's Grease LIVE not LATER so yeah I AM PISSED." But luckily, the skies cleared and let Teigen watch the musical for the very first time. She has some confusion about Danny ("Who is Danny?...Is Danny John Travolta?"), wondering about the state of feminism in this story, where Danny works (Five Guys?), and a plea for a Carrie Live! that really needs to come true, pronto.

A very keen observation about the musical, which takes place in the 1950s.

The Eternal Question: Who IS Danny?

It's like she got to the existential question of the musical.

And Then Who Is Sandy, Really?

Teigen is getting it.

Skipping Ahead A Bit

Nobody spoil Chrissy, you guys!

Questioning The Sexism Of The Story

And then Teigen made up a great movie mashup that needs to happen. Or just Carrie Live!

Fans began asking Teigen which movies she has and hasn't seen. For your reference, she hasn't seen The Goonies, The Princess Bride (gasp!), and The Sound of Music, which she's very ashamed about. She even recently saw Dirty Dancing (above).

After a break, Teigen got back to live-tweeting with the West Coast airing of Grease Live!

The world may never know.

Standing Up For Sandy

I wonder what she would've thought of Olivia Newton-John's take on Sandra Dee.

...And Loving Another Pink Lady

In Awe Of Everyone

Seriously, it's hard to pinpoint one moment of Grease Live! as its most impressive when an enormous ensemble managed to nail every scene.

More like this
'Doctor Who’s New Star Is Already Huge On TikTok
By Maxine Harrison
A 'Bridgerton' Star Just Dropped A Major Hint About Joining The Live-Action Barbie Cast
By Bustle UK
What’s New On Netflix: A Victoria Justice Rom-Com & The Return Of David Letterman
By Arya Roshanian
Twitter Is In Utter Meltdown After 'Derry Girls’ “Poignant” Finale
By Sam Ramsden
Get Even More From Bustle — Sign Up For The Newsletter