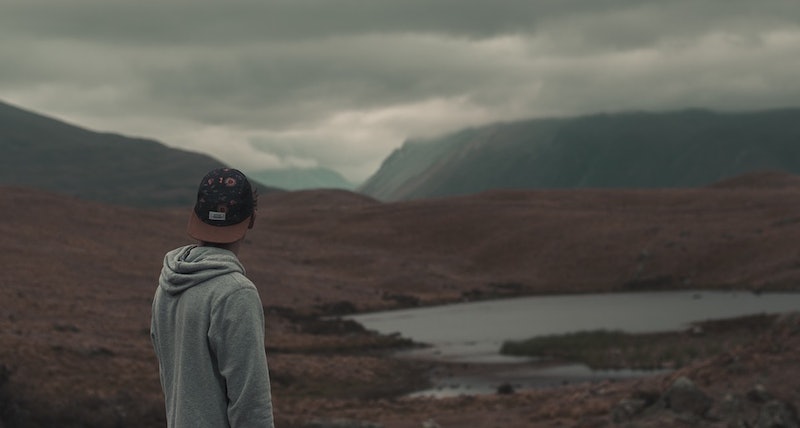 There can be a bit of confusion surrounding autism and its various types. Leaving aside the entire vaccinations-causing-autism-in-children clusterf*ck (which, by the way, is utterly and conclusively not true, according to the Center For Disease Control And Prevention), there was a diagnostic shift in 2013 that may have left some disorder in its wake. The DSM, or Diagnostic Statistical Manual, is used to define psychiatric disorders worldwide, and has been through many different editions — and its 2013 edition decided to make a classification change. Instead of disorders like Asperger's and Childhood Disintegrative Disorder being treated as separate problems, they've all been dissolved and put under one label: autism spectrum disorder.

It was a controversial decision, and it makes talking about "types" of autism a bit trickier. According to the organization Autism Spectrum, labels like Asperger's have now been left in favor of diagnosis in terms of severity (1, 2 or 3) on two levels: "deficits in social communication, and fixated interests and repetitive behavior". It seems, however, that medical organizations and autism charities still find the old categories helpful to talk about kinds of autism: places like the National Autistic Society and Autism Speaks still use them. (There's also the issue of diagnostic overlap; many "kinds" of autism share characteristics with others.) So bear in mind that any guide to the "types" of autism is always going to be subject to argument.

With that in mind, here's a bit of a field guide to what the various terms used in defining autism spectrum disorder really mean. As always, get more in-depth information from official organizations if you recognize any of these as applying to you, a mate, a family member, or your children.

According to Research Autism, this is one of the most highly-functioning autism types, for one reason: there's no delay in learning language or in cognitive development as children. Indeed, people with Asperger's tend to be of average or above-average intelligence. Their real entrance into the autism spectrum comes in the areas of communication and social integration.

There are a bunch of things that may point to an Asperger's diagnosis. "Not quite fitting in" isn't actually sufficient, though people with Asperger's often feel heavily isolated from their peers all the way into adulthood. The Autism Spectrum Education Network has a list of some of the main characteristics of Asperger's (though they also point out that you don't have to have all of them). "Marked impairment in the use of multiple non-verbal behaviors" is a big one, meaning that posture, eye gaze, and facial expressions in normal social situations can be "off" or unable to come naturally.

A deep love of routine, amazing rote memory and love of facts, over-sensitivity to environmental stimuli, and a serious inability to read social cues or be empathic to other peoples' feelings join the list, too. People with Asperger's find it very difficult to "walk a mile in another person's shoes," and we're now beginning to understand the neuroscience behind this lack of empathy. It seems that the complicated empathy system in the brain malfunctions in people with Asperger's, leading to great difficulty accessing or understanding the emotions of others.

One of the key differences between people with Asperger's and other varieties of autism spectrum disorder seems to be that those with Asperger's actually seek out social interaction; they just have difficulty making it go smoothly due to problems with reading body/facial language and communicating effectively.

This is the most common type of autism spectrum disorder diagnosis, and there are two parts to it, as The International Statistical Classification Of Diseases (10) lays out. One is "the presence of abnormal or impaired development that is manifest before the age of three years." So to fit the bill, you need to start showing signs very early in life. But it's the second part where things get complicated. To qualify, you need abnormal functioning in three areas: "social interaction, communication, and restricted, stereotyped, repetitive behavior".

So there's a lot of stuff going on in an autistic disorder diagnosis. Guidelines for GPS about warning signs focus a lot of infants: if a child isn't saying single words by 16 months, or gesturing or babbling by a year old, it's considered at high risk of some kind of autism spectrum disorder. Autistic disorder may also manifest as a solitariness: it may mean children don't want to be cuddled or touched, prefer their own company, and don't appear to know how to interact with other people or children.

Restricted, repetitive behavior may include obsessions with various objects or collections of facts, or repetitive movements that serve no real purpose, like rocking or flapping your hands. These may include "stimming," actions done by autistic people who feel overwhelmed by sensory stimuli, to which they're often very sensitive.

Many disorders on the autistic spectrum, including autistic disorder and Asperger's, have elements of sensory overload, where their brains have difficulty processing sensory stimuli from the outside world (touch, sounds, smells and so on). This is one of the things that makes separating out types of autism so difficult: so many of the symptoms bleed into one another.

This mouthful (shortened to PDD-NOS) is one of those strange parts of autistic diagnosis that shows why the DSM thought it might be a good idea to reorganize the whole disorder: it's literally defined as "not fitting into the other categories properly". It's regarded as one of the "milder" forms of autism, and is sometimes called atypical autism, but exactly why is, well, complicated.

Basically, people with PDD-NOS don't quite fit into a diagnosis either of full Asperger's or of autistic disorder. They tend to be high-functioning, but their particular symptoms include childhood developmental delay, which means Asperger's isn't the right diagnosis. They may also have a range of autistic disorder symptoms, but only in mild forms; or have some of the symptoms, but not enough of them to fully qualify. Basically, it's the outlier. PDD-NOS children and adults are often socially oriented, for instance, but it's tricky to outline exactly what the symptoms are because there's so much variation.

It's important to remember that, partially because of the DSM decision, there's a lot of crossover when it comes to these labels and their precise meanings. So if you're exploring an autism spectrum disorder diagnosis, always make sure you enquire about the particular terms your specialist is using, and what they mean. And don't be afraid to do your own research using respected organizations.