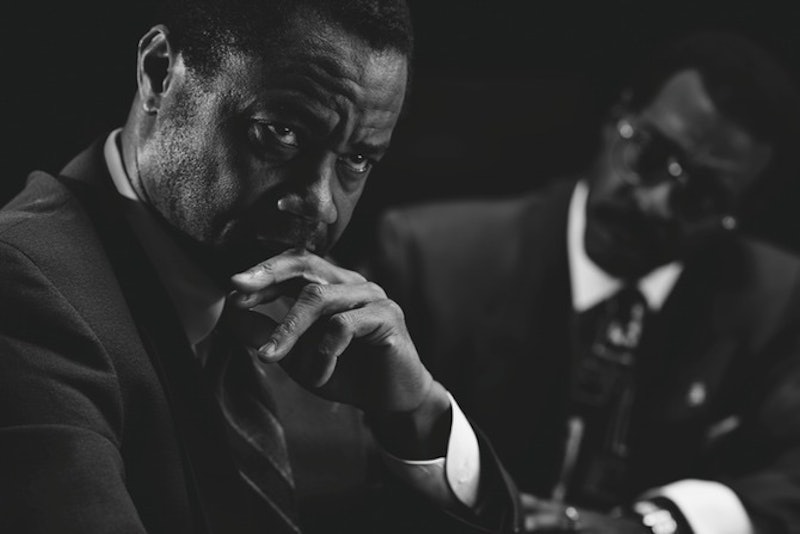 The premiere of the highly anticipated miniseries, The People v. O.J. Simpson: American Crime Story debuted to high viewership numbers (a press release sent to Bustle from FX states it was the most-watched series premiere in the channel's history. Anyone who is able to remember the 1994 murders and ensuing trial knows that this story had more twists and turns than anything a TV studio could dream up on its own. But, as excited as FX's viewers have been to see the series, what do those involved think of the show? Particularly, what does Nicole Brown Simpson's family think of American Crime Story and its portrayal of Nicole's death? Bustle reached out to Nicole's sisters Tanya and Denise Brown for comment. We have not yet received a reply from Denise, but we did receive the following reply from Tanya's PR team:

Unfortunately, Tanya Brown will not be conducting any further interviews regarding the FX "Unauthorized Fictional" drama series American Crime Story: The People vs. O.J. Simpson ... Please respect this decision, and the privacy of the Brown Family who were not contacted nor affiliated with this production.

Most of us, fortunately, can't fathom the horror of losing a loved one the way this family lost Brown Simpson. Having the story of her murder played out in a miniseries has to be painful for her loved ones, even all these years later. And, Brown Simpson's family also claim that they were completely left out of the research for the project and not consulted on the details.

Executive producer Brad Simpson told People magazine that the show will exclude the portrayals of victims Nicole and Ron Goldman in the miniseries, which was intentional. The content will instead be based off court transcripts and the book, The Run of His Life: The People v. O.J. Simpson by Jeffrey Toobin. Simpson said to People that the producers didn't speak with the families of the victims "out of respect" and acknowledged that the victims' families "have wounds that will never heal."

According to an interview with People prior to the release of the series, Tanya said, "They didn't take the families into consideration. Who is defending my sister?" That is a completely valid question to ask. The reopening of old wounds is surely weighing heavily on the minds of victims' loved ones. Tanya recounted to People how difficult it was for her entire family to live through the ordeal the first time, not to mention having to suffer through things again now. Tanya told the magazine, "Losing Nicole was painful for me of course, but seeing my parents — and the kids — go through what they went through was horrendous. That was my pain, really ... [I don't] wish what my family went through on my biggest enemy."

Cuba Gooding Jr., who plays O.J., says he is trying to treat the issue with respect, according to E! News. He told the website, "I just hope that they [the family] find some peace because I can't imagine what they're going through." And, he added that he had previously turned down another chance to play the role in another film because it was, "based off O.J.'s innocence, so I passed," he told E! News. Hopefully this means that this portrayal will be played fairly and with plenty of respect paid to the victims.