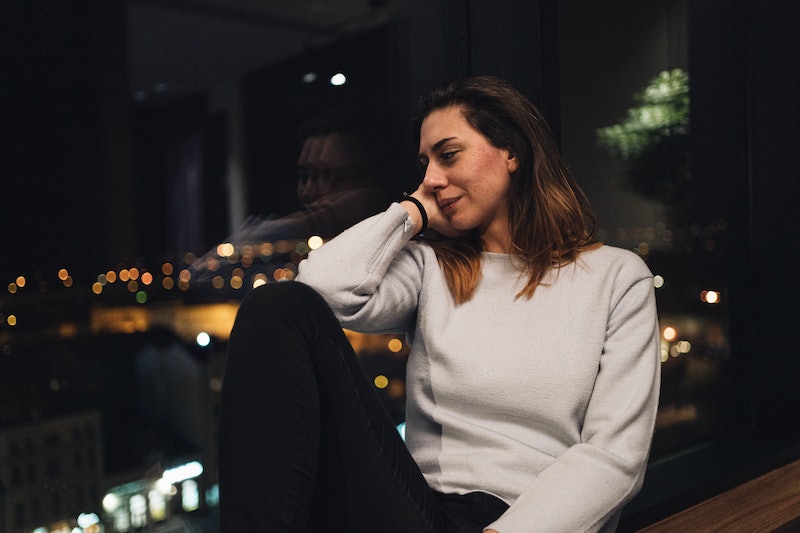 Ever been gripped with absolute horror at the idea of calling to make a doctor's appointment? Gone three miles out of your way to find a service station where nobody pumps your gas for you? Stopped talking to somebody because a joke you made fell flat, and you're now convinced they think you're a lunatic? Welcome to the possibilities of having social anxiety disorder, where social situations of many kinds seem fraught with danger, no matter how benign they actually are.

It really came home to me that I had a social anxiety disorder when, as a creative writing assignment, I submitted a story of what happened in my head when I ordered Chinese food at a takeout (trying to be vaguely funny), and the teacher referred to it as an example of a "complete nervous breakdown". Panic, hyper-narration of the "judgements" of others ("god, they must think I'm a complete idiot, I can never come here again"), the need to steel oneself before getting through a door into a room full of strangers: I've felt it all. My therapist actually had to take me shopping to show me it didn't have to be deeply horrifying to talk to people who work in stores.

It's important to note a difference, here. Some social anxieties are very specifically focused on one phobia (like talking to strangers, or speaking in public), but social anxiety disorder tends to be more general. Lucky us. The good news is that there's light at the end of the tunnel. Many social anxiety disorder sufferers wait for up to 10 years before seeking help, according to the Anxiety And Depression Association Of America — but seriously, don't wait that long.

Here are seven signs you may have social anxiety disorder.

1. You Compose Scripts In Advance Of Normal Interactions

If you go into situations having planned out, in your head, various ways in which to cope with the possible social hurdles you might encounter (right up to single-word interactions, like "Yes," "Here," "Please," and "One ticket"), you may have social anxiety disorder. In order to minimize the "risks" of saying something weird, stupid, or whatever else we're beating ourselves up about that day, it's common for socially anxious people to develop scripts and rehearse them before a social encounter of any kind, so that they can feel more confident of getting the words out without stumbling/stuttering/exploding/inexplicably yelling I HATE YOUR FACE.

2. You're Constantly Narrating What Others Must Be Thinking Of You

This internal narration, a kind of empathetic projection gone wrong, is one of the big hallmarks of a socially anxious mind. Even if you're not conscious of it, your social anxiety will be telling you: "What do they think? Are they judging you? Did that minor pause make them think you hate them? Did that laugh sound stupid?" Socially anxious people can often create an imagined reality in which everybody is social, judgmental, and full of animosity, prone to reacting poorly to our slightest communicative mistakes. Even if we're aware this is not rational (and, according to most definitions of social anxiety disorder, that awareness is there), the thoughts are incredibly powerful.

3. You'll Take Any Route To Avoid Talking To Strangers

Social anxiety disorder also makes itself obvious in behavior, mostly in what's called "avoidance": chronically staying away from social situations that cause anxiety. That could be anything. Staying in the bathroom at a party because you're frightened of looking like a fool or being noticed; trying to talk as little as possible on the phone; embracing online ordering for takeout like it's your best friend; getting friends or partners to do ordering for you in restaurants; anything to avoid "exposing yourself".

4. "Mistakes" In Social Situations Haunt You

People with social anxiety find it miserably hard to look rationally at apparent social mistakes, even if we know they're innocuous and people don't really care. We'll stay awake paralyzed at the "stupid" thing we said, sometimes for weeks. Thomas Richards over at the Psychologist Network sums up the nasty feedback loop of social anxiety and its consequences: it's "the fear and anxiety of being judged and evaluated negatively by other people, leading to feelings of inadequacy, embarrassment, humiliation, and depression." We can't just "shake off" the sensation that somebody thinks we're dumb. It's a seriously nasty feedback loop.

5. You Experience Physical Symptoms Of Panic Related To Social Activities

Social anxiety disorder isn't "all in your head": it manifests in your body, too. Panic and anxiety symptoms may rear their heads when you have to enter a social situation, or when you do something you regret: The Mayo Clinic lists, among others, a racing heart, sweating, blushing, an adrenaline rush, an overpowering urge to run, nausea, muscle tension, or dizziness as symptoms of social anxiety disorder. These are typical of panic and anxiety disorders, representing the body's fight-or-flight response to fear, and even at low levels, they do show that this stuff is very real and genuinely upsetting.

6. You Adjust Your Life Around Your Social Terror

Social anxiety disorder is not the same as being antisocial or introverted. Not wanting to socialize because other people tire you, or you enjoy being on your own, is very different to not wanting to socialize because the prospect fills you with fear of judgement and mistakes. (That's not to say there's not an overlap; there often is. But socially anxious extroverts do exist, and have a pretty awful time.)

Social anxiety disorder can make you rearrange your life to stop yourself from being as social as you'd like, purely because of your anxiety. If it's far easier not to go to the movies/out for food/that comic book meetup because you'll just be miserably combing over the social evidence of your own failure for days afterwards, it's got a grip on your life.

7. You've Felt This Way Since You Were A Teen

The Diagnostic and Statistical Manual of the American Psychiatric Association often has the go-to definition of mental disorders, and their one for social anxiety disorder has a time limit: you have to have felt like this for six months to qualify. But it's been pointed out that most social anxiety disorder sufferers have been through much more than that. The typical age when it appears, according to scientists, is around 13, though it's broadly common for it start between the ages of 11 and 19. That's when we're most self-conscious, as our teenage brains become much more sensitive to the reactions of others. (It's actually pretty rare for social anxiety disorder to show up after the age of 25, so if you've made it that far, you might be all right.)

If any of these ring a bell, go see a doctor to discuss treatment options and therapy, preferably one that knows about anxiety. I know that won't be particularly easy for you, so take a friend or a supportive family member who can fill in the blanks, write down what you feel before you go to help you communicate, and don't worry — I promise they're there to help you.