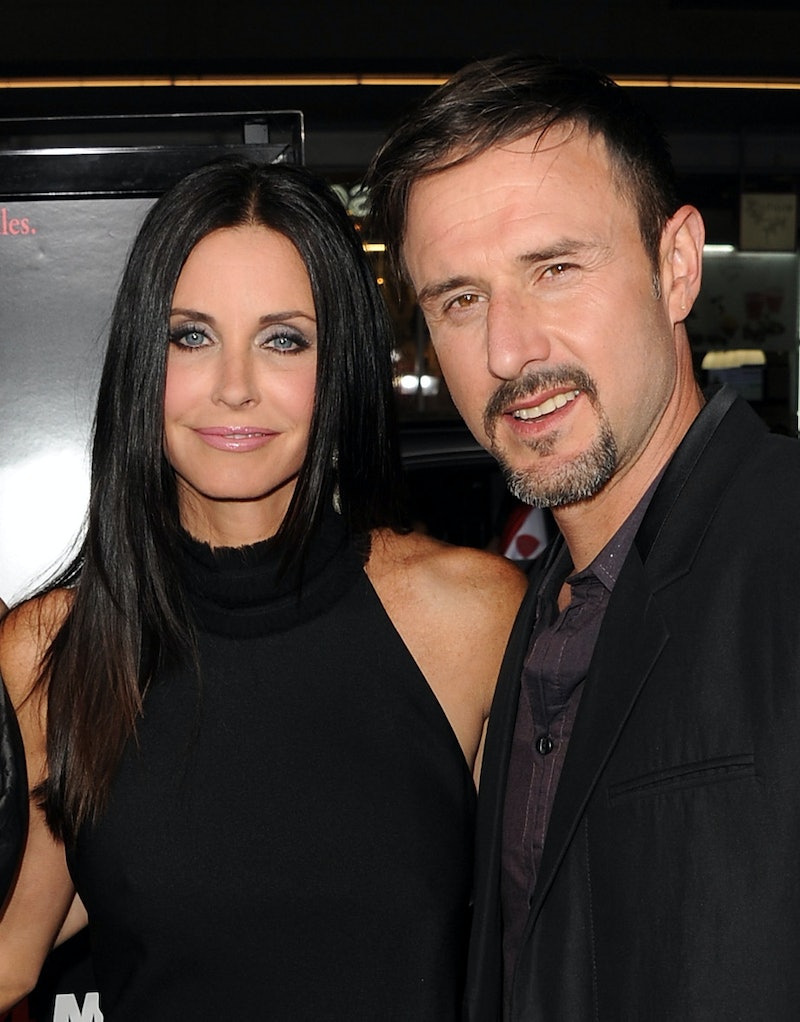 You know, not a day passes that I don't take a moment to sign in sadness about Courteney Cox and David Arquette's break-up back in 2010. Sure, I know they're two very real people and obviously no one but them knows the full story of what exactly went wrong in their marriage, but still...I think growing up on the Scream movies and seeing their relationship blossom just does something to a person. So, hearing something like this: Completely and utterly devastating. In a new interview with More magazine, Courteney Cox apparently admitted that she has "regrets" about her divorce with David Arquette.

"When you love someone, you want them to be happy, even if it's not with you," Cox told the magazine. "In divorce you always have regret...we were married for a long time, so it's not like we didn't try." As for how they're doing post-split, Cox said, "Obviously, kids always want their parents to be together...but as divorces go, this is the best one we could provide," she continued. ""You can love somebody so much, but it's not the life you should be living together. I think David and I are supposed to be the way we are now."

At the very least, it does seem that Cox and Arquette have remained close and friendly after officially divorcing last year. The couple initially met about 18 years ago on the set of the first Scream movie, then they were married three years later in 1999. The couple shares one daughter, Coco, and Arquette is currently expecting his second child with Christina McLarty.