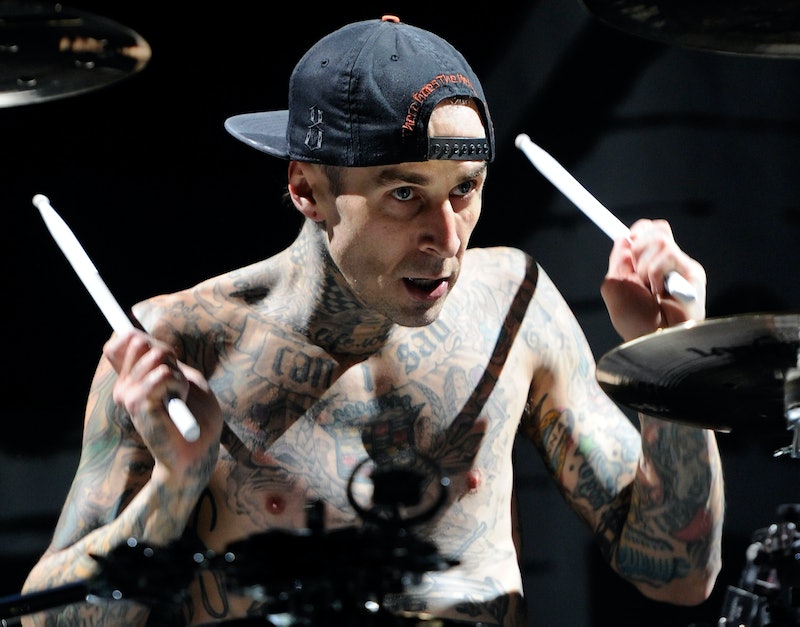 Picture this: It's August 1999, the beginning of the end of a world in which Mark Hoppus was the hottest guy around, Y2K was creeping at the door, and King Furby reigned supreme. You and your friends are sitting in the backseat of your parents minivan en route to the mall. Summer is almost over and you need to grab some new gel pens and maybe a jean skirt from Limited Too if you can convince your Grandma you need it. Your dad sits in the front seat playing Tetris on his flip phone while your mother turns on the radio to hide the sounds of your excessive giggling happening in the back seat. And that's when something magical happens: "Summer Girls" by LFO comes on the radio. Little do you know, this tune will be one of the best songs of summer 1999, but for now you are satisfied to squeal with joy at the sound of the opening bars.

But then your mother is already on to the next station, content flipping through more channels of hair replacement ads and NPR commentators. You and your friends squeal, "PLEASE OH PLEASE DON'T CHANGE IT THIS IS OUR JAM!" Your parents look at each other knowingly and sigh. Your mother goes back to the song. Your parents listen to you and your friends squeak-sing the song the rest of the way to the mall.

This, or a similar scene was something many family and friend groups experience summer of '99. If the '90s were a golden age of pop, '99 was its last and defining knock. The following are 11 jams we all rocked out to in the summer of '99, our butterfly clips blowing wild and free in the breeze.

This jam defined '90s suburban life: there was an Abercrombie and Fitch in every mall, questionable Chinese food in every food court, and girls were stopping by (doing what? who knows!) left and right. In my hometown of Middle-Of-Nowhere, Pennsylvania we also shouted this song from the tops of our silos (OK, so I don't actually have a farm silo, but the point here is that even if the suburbia was a little more farmy, we still rocked out hard to "Summer Girls").

2."That Don't Impress Me Much" by Shania Twain

Constantly bothered by that cute boy rocking his own roller skates (the one who's kinda a jerk) at that roller rink who refuses to couple skate with any of your friends because they are "nose-pickers"? Have no fear, for Shania Twain's got the lyrics to knock that pre-teen punk down a few pegs so you don't have to.

At my YMCA camp in summer of 1998, everyone was doing dances at the talent show to "Men In Black." Come summer 1999, the game changed to "Wild Wild West." Moral of the story: Will Smith could do no wrong in the '90s.

The best part about this song was that because it was punk it was "counter culture." I felt edgy as heck listening to something that was on the fringe(?) of society. But the lyrics were all about a couple (Tom Delonge wrote it about his future wife) being there for each other, which is nice.

Oh, the days when Bey was still united with her former crew, Kelly and Michelle. What glorious times those were! This was the jam for ladies who weren't letting men take control of their lives.

6. "I Want It That Way" by Backstreet Boys

I would be remiss to mention, '90s music without throwing some love to boy bands. This melody has continued to withstand the test of time as a summer song by being reused at summer camp talent shows and ironic college '90s parties for years to come.

7."If You Had My Love" by Jennifer Lopez

JLo was and is the most perfect of divas. This song was the jam you and your gal pals practiced your back up dancer routines with. Admit it.

In my heart of hearts, I wished "Jordana" would appear on his list. But I knew it would never be so. At the time, I didn't realize he was talking about casual hookups, a song topic for which a pre-teen me shouldn't haven't wanted my name mentioned. In fact, I didn't realize it until I wrote this and my editor was like "Dude. You know that's about casual sex. Right?" My mind was blown and I'm not sure how to recuperate. Regardless, it was a great summer '99 song.

Bless you, S Club, the tamer and mixed-gender Spice Girls. Your television show was classic and your songs, like this dance-y jam which told me to "don't stop, never give up, hold your head high, and reach the top," had me feeling hella positive. Thanks, guys.

There are some adult themes in here I didn't quite understand, but what I was sure of was that I aspired to be as free-spirited as the woman Ricky Martin described. Now, I look at this song and think things like: "what woman is actually like this?", and "where does Ricky Martin live that he can take his clothing off in public that easily without getting arrested?", and "how is it OK to call a woman crazy for an entire song?" But then, a woman who was "living the vida loca" was my ideal.

Let's bring it down with some sad words from Pearl Jam. If this song didn't make your young '90s heart flutter and weep, I don't know what would.

I miss the innocence of the summer of 1999. I never want to get out of the back of my parent's minivan and enter the mall: with the mall comes time and change and growing old. Like the inevitable passing of the choker necklaces trend changing to gel bracelets, so must our days pass. Luckily, we still have these great summer jams to bring us back if we so desire.