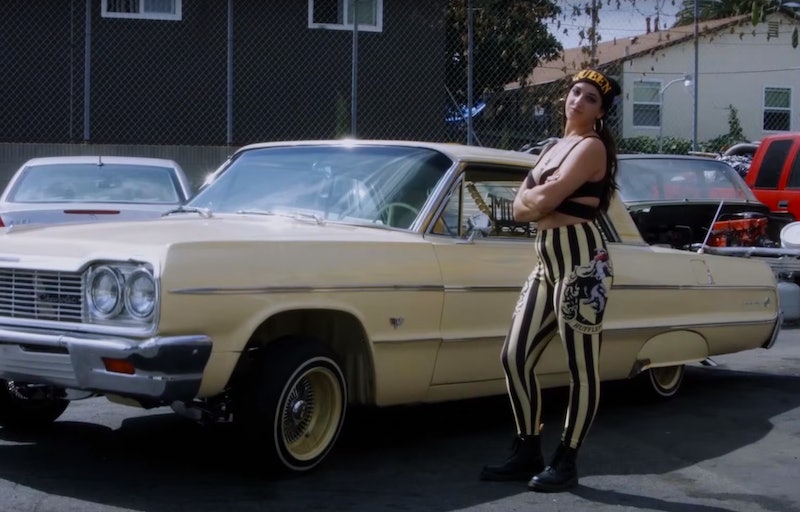 What do you get when you combine a hit rap song with your most beloved childhood book series? The answer is a Hufflepuff rap parody video that will leave you cackling. The Hufflepuff pride doesn't just make an appearance and become overshadowed by the other houses. No. In this video Hufflepuffs are front and center. And why shouldn't they be? Historically, Hufflepuffs have been the most consistent and hardworking group of Hogwarts attendees. They really should be getting more respect.

What I loved about this video is the juxtaposition of hip-hop and magical Harry Potter scenery. You get a variety of options from just one video. Sometimes our fandom needs are satiated by familiar objects from the books, and sometimes you are transported into a new version of Hogwarts complete with low-riders and dancing. Not to mention the completely catchy, stuck in your head for days remix of the original song Bubble But by Major Lazer, written by Michelle Siouty and Monica Siouty of 3CUT Productions. I caught myself humming "Hufflepuff, Huffle-Huffle-Hufflepuff" before falling asleep. And I have absolutely no shame about it.

The love for the source material is clear from the amount of detail that went into the video. I interviewed Mary Rachel Gardner, whose production company Kalliste Zoe Productions teamed up with the Sioutys to make this video. "The common love all the cast and crew held for Harry Potter," said Gardner. "Most of the cast was willing to do this project for free because they loved Harry Potter and the parody concept that much."

Let's just hope that this Hufflepuff rap song is not the only ode to one of the best houses Hogwarts has to offer. Below are some highlights from the video.

Before there was an Edward Cullen, there was Cedric Diggory. The cutest boy in school that made Cho Chang ditch The Boy Who Lived. It just so happened that he was a Hufflepuff. While his death continues to be tragic in so many ways, seeing him depicted as a bike riding badass just seems right, doesn't it? According to Mary Rachel the entire crew are all "die-hard Harry Potter fans".

This video is the greatest demonstration of Hufflepuff pride I have seen on the internet. Granted, I'm sure bigger versions exists somewhere out there, but the production value alone sets this video apart. It seems that the sentiments is true for Gardner and the crew as well. "Hufflepuff is the most underrated house, and it's time that people start giving them credit where it's due," said Gardner. "Even fans who identify with other Hogwarts houses enjoy the song and have said, 'Finally there's a Hufflepuff song!'"

3. Sick Dancing and the Sorting Hat

Besides the awesome choreography, we get a glance at the familiar Sorting Hat ceremony. Let's be real. That girl is all of us. We all want to receive that Hogwarts letter and be whisked away to a magical castle with moving stairs. Until then, I will enjoy this video and wish I had a pet owl.

I figured I'd leave you with this insanely amazing McGonagall dancing GIF appropriate for any occasion.

The video creators had some advice for other artists, and Harry Potter fans, out there: "Don't wait for someone to give you permission or validation to make your visions come to life. Just go for it! Take risks and if the journey is stressful and unpredictable, that's a good thing — you'll only get better by failing, adapting and trying again."

Watch the full video below!