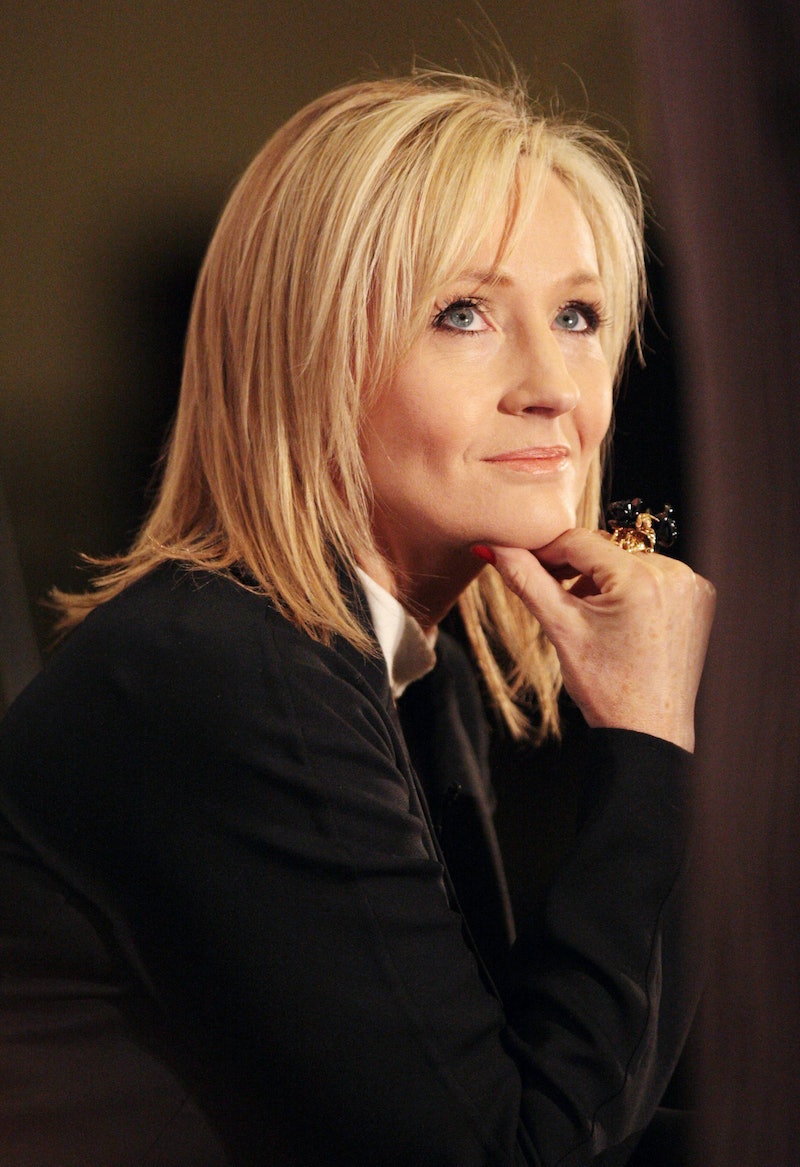 If there’s one thing lovers of the Harry Potter series seem to love most, its inspiring Harry Potter quotes. Or, at least, they’re the thing you love most after the books, the movies, the theme park, the Halloween costumes, and following Emma Watson on Twitter. (Seriously, sometimes the enthusiastic exchange of one Harry Potter quote after another seems like the only reason the Internet has survived as long as it has.)

One thing Hermione, Ron, Harry, and the whole crew of unforgettable characters who joined them between the pages of J.K. Rowling’s best-selling books over the years didn’t do was give up. Like, ever. Not when faced with dangerous spells, destruction, death, or even worse — expulsion. So naturally, all of the Harry Potter books are filled with tons of inspirational words of wisdom about surviving, thriving, and above all never, ever losing hope.

If Harry, Ron, and Hermione can keep on keepin’ on after all the struggles that crossed their paths time and time again, then I have no doubt you can too. Here are 12 Harry Potter quotes about not giving up that will definitely inspire you to keep going no matter what you’re going through. Wingardium Leviosa on.

— Rubeus Hagrid, Harry Potter and the Goblet of Fire

2. It was important, Dumbledore said, to fight, and fight again, and keep fighting, for only then could evil be kept at bay.

3. "You sort of start thinking anything's possible if you've got enough nerve."

4. “We must try not to sink beneath our anguish, Harry, but battle on.”

5. “Dumbledore says he doesn't care what they do as long as they don't take him off the Chocolate Frog cards.”

— William Weasley, Harry Potter and the Order of the Phoenix

7. It was, he thought, the difference between being dragged into the arena to face a battle to the death and walking into the arena with your head held high. Some people, perhaps, would say that there was little to choose between the two ways, but Dumbledore knew — And so do I, thought Harry, with a rush of fierce pride, and so did my parents — that there was all the difference in the world.

8. “I'm going to keep going until I succeed — or die. Don't think I don't know how this might end. I've known it for years.”

9. “I am not worried, Harry," said Dumbledore, his voice a little stronger despite the freezing water. "I am with you."

10, “It matters not what someone is born, but what they grow to be.”

— Ron Weasley, Harry Potter and the Prisoner of Azkaban

12. "Give her hell from us, Peeves." And Peeves, whom Harry had never seen take an order from a student before, swept his belled hat from his head and sprang to a salute as Fred and George wheeled about to tumultuous applause from the students below and sped out of the open front doors into the glorious sunset.”