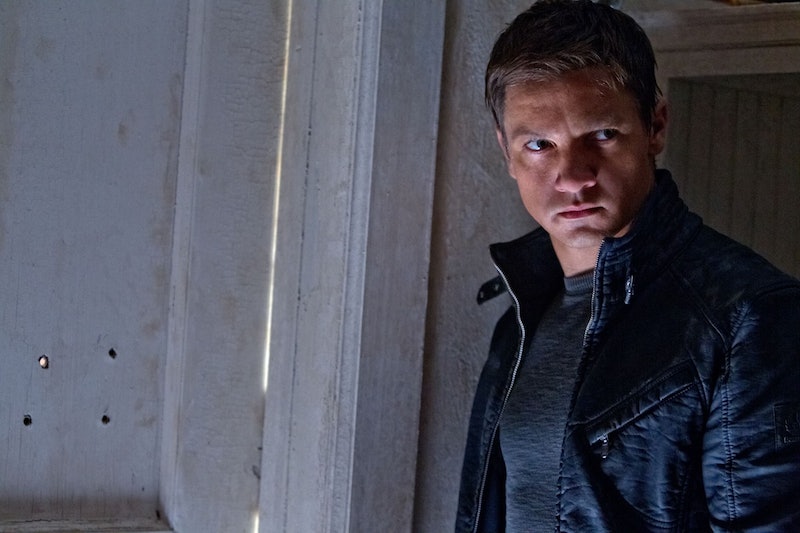 Matt Damon has been teasing Bourne 5 for years, and fans are finally starting to get glimpses of what the highly anticipated installment to the franchise has in store. With a July 2016 release date on the horizon, many are starting to wonder how exactly this Bourne sequel will fit into the series. After all, The Bourne Identity, the movie that started it all, was released 14 years ago in 2002, and Damon hasn't played Jason Bourne since 2007's The Bourne Ultimatum. However, in the years since the Bourne trilogy starring Damon had come to an end, the Bourne franchise continued with an entirely new action hero: Aaron Cross. The Bourne Legacy, released in 2012, was intended to reboot the super spy series, this time with Jeremy Renner as the star, but the film's lukewarm box office performance left the series in limbo until Damon announced his triumphant return. Now that Damon is back as the face of the Bourne series, some fans are worried about whether or not Jeremy Renner will be in Bourne 5 . And with good reason.

Renner's Aaron Cross was not as beloved by audiences as Jason Bourne, and despite having an all star cast that included Edward Norton, Corey Stoll and Rachel Weisz, The Bourne Legacy failed to attract the same kind of fierce fandom as the original three films. And, though a planned sequel remained in the realm of possibility, it appeared to have been put on the back-burner. With the studio in no rush to get a Renner-starring sequel in the works, the announcement of Damon's return felt, in many ways, like a death sentence for Aaron Cross.

When plans for Bourne 5 with Damon and director Paul Greengrass were announced in late 2014, it essentially took the place of a Bourne Legacy sequel with Renner. And at first, it was rumored that Bourne 5 would see Damon and Renner's super spies meet up in the Bourne universe. A few months after the initial announcement, producer Frank Marshall said in an interview with Collider in January of 2015 that they had no plans to have Aaron Cross and Jason Bourne in the same film, saying, "They're on separate tracks." This explanation for why Jeremy Renner won't be in Bourne 5 seems to be the go-to. Speaking at TIFF this past fall, Damon told reporters that they didn't want to do a crossover movie because they didn't want to interrupt the story of The Bourne Legacy. "We didn't want to mess with their mythology at all because it's its own thing, and we obviously would never want to get in the way of that," Damon said.

Whether or not the creative powers that be really couldn't find a way to intertwine the two Bourne stories, there doesn't appear to be any ill will between the stars. Renner, for his part, told ScreenRant that he would say yes in a heartbeat if asked to be Aaron Cross again: "I love that world. I love the character. If they want to do that, I'm in. There's no 'no' coming from this direction."

Of course, it ain't over 'til it's over, and, who knows, Renner could very well pop up unannounced in Bourne 5. Fans will just have to wait and see.