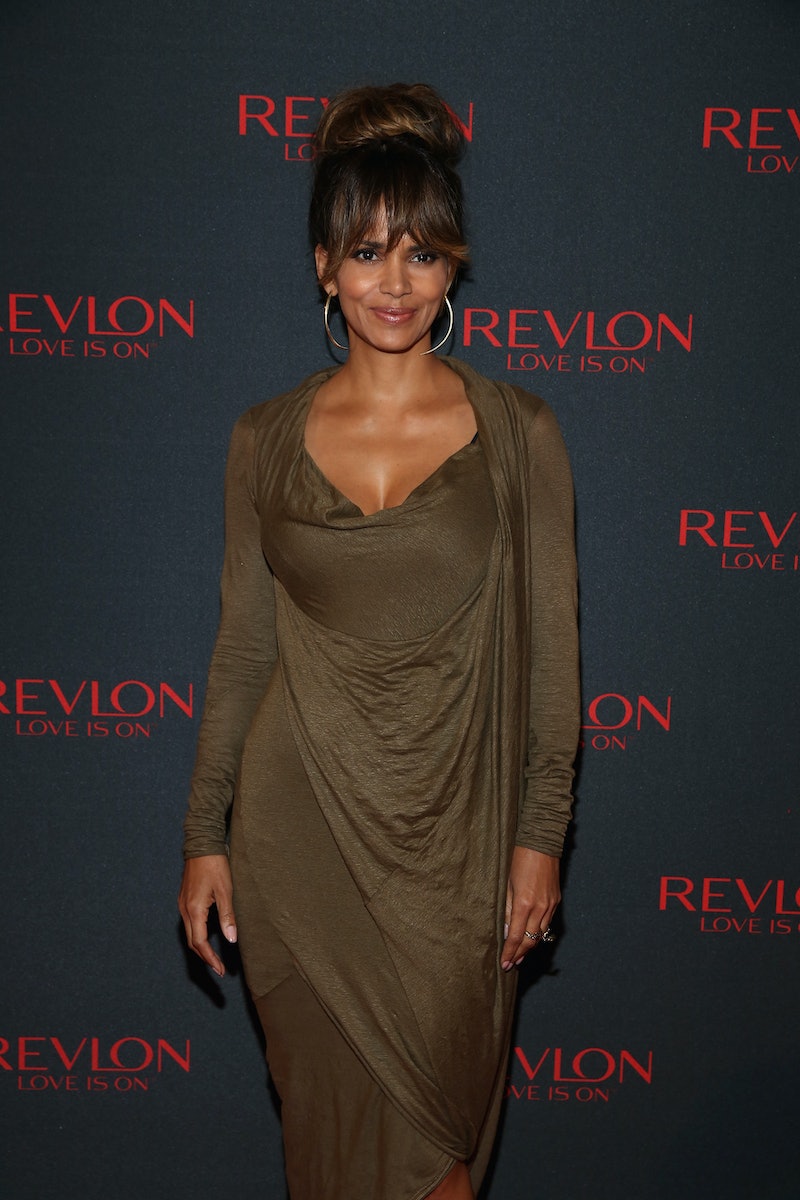 If you've been keeping up with the celebrity makeovers lately, you know that everyone and their mother is changing up their hairstyle. First Bethenny Frankel debuted fiery red hair, then Brad Pitt went all silver fox on us, and now there is another name to add to the list of transformations. Halle Berry recently got a bob, and she looks totally stunning, obviously.

The 49-year-old ditched her shoulder-grazing lob for a shorter, more textured cut that hit just a little under her chin. The dramatic chop is not the only thing she changed about her hair — her bangs look a bit more wispy and fringed, too. Additionally, she seems to be rocking a warmer shade of chestnut brown with more caramel-colored pieces scattered throughout. The look is insanely chic.

While you might think it's not very hard to go from a lob to a bob, the truth is, not everyone can pull it off. The lob still treads on the side of long hair, hence the name "long bob," whereas a bob is much closer to a pixie, which we all know Berry is a fan of.

I'm not sure what inspired her new hair transformation, but it's my favorite look from her thus far. Check it out.

The actress has donned pretty much every hairstyle under the sun over the years. Let's take a look at her hair evolution to prove that she really does look good in everything.

A fresh-faced Berry started her career off with super short and slightly wavy hair.

By 1998, the actress was rocking all kinds of fun 'dos, just like this one.

We first caught a glimpse of Berry's now signature pixie back in 2000.

And then she made the "growing out" phase into its own hairstyle, too.

And her hair just kept getting longer and longer.

Loving the sharp angles and layers she added here.

Hi there, side bangs.

This blunt, one-length cut looks gorgeous on her.

Aaaand we're back to the pixie.

I'm not really sure what to call this, but I like it.

She rocked this pretty layered lob for a while before she joined the bob club.

Yep, this honey-colored bob is still my favorite.