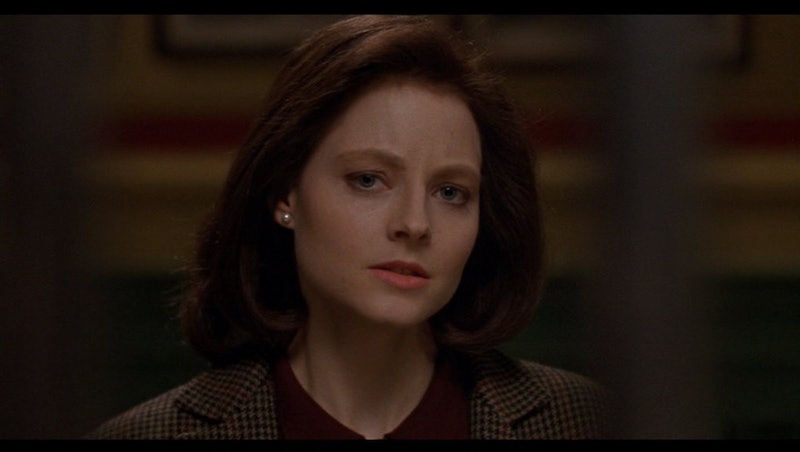 It has been 25 years since Silence of the Lambs debuted in theaters — on Valentine's Day no less — and it remains a modern classic today. Silence of the Lambs is the only horror movie to win Best Picture at the Oscars, ever. It is also one of only three films to sweep the "Big Five" (Best Picture, Director, Leading Actor, Leading Actress, and Screenplay) along with One Flew Over the Cuckoo's Nest and It Happened One Night. I wonder why and how this movie managed to break the genre barrier?

Some might argue that the film, directed by Jonathan Demme, is more of a psychological thriller than a horror film, but it is still classified as horror and I don't think genre-blending makes this any less significant. The first horror movie to be nominated for Best Picture was The Exorcist in 1973. The Sixth Sense was nominated in 1999 and Jaws was nominated in 1975 — that's it, unless you count Fatal Attraction's 1987 nomination, but that's even more of a thriller than Silence of the Lambs.

What about other categories at the Oscars? Horror films aren't completely shut out by the Academy. Rosemary's Baby was nominated for Best Screenplay and won Best Supporting Actress. The Exorcist won the screenplay award. Kathy Bates won for Best Actress in Misery. Horror movies have also had some luck in technical categories as well as Original Score, which makes sense — this genre has produced so much unforgettable and terrifying pieces of music.

Horror movies aren't alone here, either. The last film to win Best Picture that wasn't a straight drama is the fantasy film The Lord of the Rings: Return of the King in 2004 — and the last musical to win was Chicago the year before that. Only one martial arts film, Crouching Tiger Hidden Dragon, has been nominated. Comedies rarely win, though I will admit the definition of a comedy is a whole 'nuther hot button issue at the moment.

I know this isn't the biggest problem with diversity at the Academy Awards, race and gender being far more prescient, but it's still something to think about. Are "genre" films not serious enough for the Oscars? Horror movies, fantasies, science fiction... those are the types of movies that people actually see being represented at the Oscars. Achievements in filmmaking don't have to be stuffy, you know? Silence of the Lambs is an incredible movie that obviously succeeded on many levels, and it's also one that thrills us and entertains us and has stuck with us for 25 years. It's too bad that more horror movies and "genre" movies in general can't break through and that the Oscars can't reflect pop culture better in multiple ways.

More like this
2023 Oscar Nominations List: 'Everything Everywhere All At Once' Leads With 11 Nods
By Jake Viswanath
How Andrea Riseborough Got Nominated — & Almost Disqualified For An Oscar
By Jake Viswanath
Twitter Is Overjoyed By Angela Bassett’s Record-Making Oscar Nomination
By Maxine Harrison
12 Years Ago, Austin Butler Manifested His Oscar Nom In This Disney Movie Scene
By Jake Viswanath
Get Even More From Bustle — Sign Up For The Newsletter
From hair trends to relationship advice, our daily newsletter has everything you need to sound like a person who’s on TikTok, even if you aren’t.