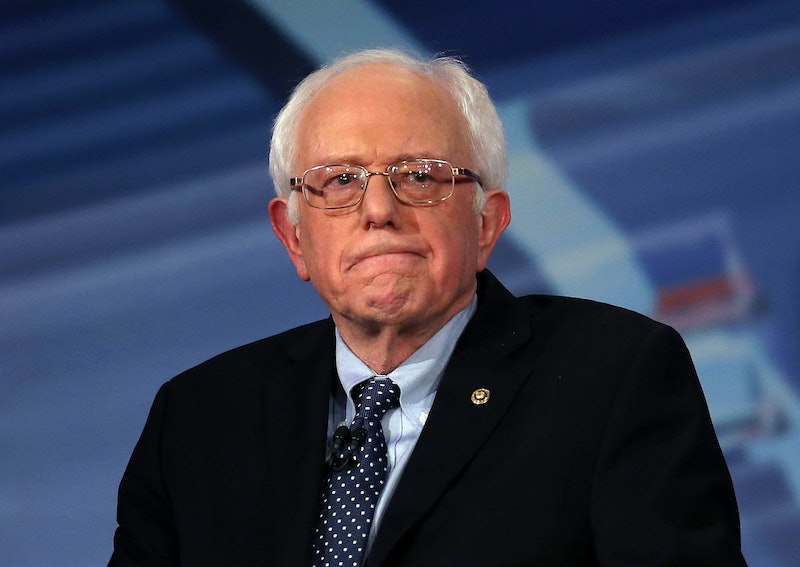 When Martin O'Malley announced he would be ending his campaign for president during the Iowa Caucus, it was to the surprise of pretty much no one. O'Malley struggled to maintain even a small percentage of poll voters with heavyweights former Secretary of State Hillary Clinton and Vermont Sen. Bernie Sanders in the ring. The two Democratic candidates left standing, however, have every reason to see their campaigns through to the Democratic National Convention scheduled for July. But humans are known to be unpredictable and the possibility is ever present that someone could call it quits between now and summertime. So what would happen if Bernie Sanders dropped out of the presidential race?

Let me first make clear that the likelihood of this happening, at least in the near future, is pretty low. Though Clinton officially declared she won the Iowa Caucus, the results were ridiculously close, with Clinton winning 49.9 percent of the vote and Sanders taking 49.6 percent. The potential for Sanders, who has held a significant lead over Clinton in New Hampshire polls, to do well during the state's primary election on Tuesday is high. But despite Sanders' obvious endurance, there's always that small chance that the Vermont senator thought about throwing in the towel, and was merely waiting for O'Malley to go first.

The most likely situation to arise out of Sanders ending his campaign would be a fairly dull one. Collectively, the Dems could call on Clinton to stake a permanent claim on the frontrunner position.

Or could it actually be an unexpectedly exciting race? Technically, the deadline in most states for a candidate to present the necessary fees and signatures in order to participate in the general election is 60 days. This means that Vice President Joe Biden could change his mind post-Bernie and toss his name in the hat. But the likelihood that Biden or anyone else would do this, however, is pretty close to zero, given the fact that so many states' filing deadlines for primary elections are set between the start of November and the end of January.

There is also, of course, the less realistic apocalyptic scenario that only Bernie supporters would truly understand. Should Sanders decide to end his campaign, Clinton could hang out on the campaign trail until receiving the Democratic nomination, only to then decide that her true calling is to become a yogi and open her own yoga studio. Donald Trump then wins the election (after snagging his Nobel Peace Prize), and builds so many walls around the country to keep foreigners out that basically no one can budge.

Here's hoping Sanders sticks it out a bit longer.