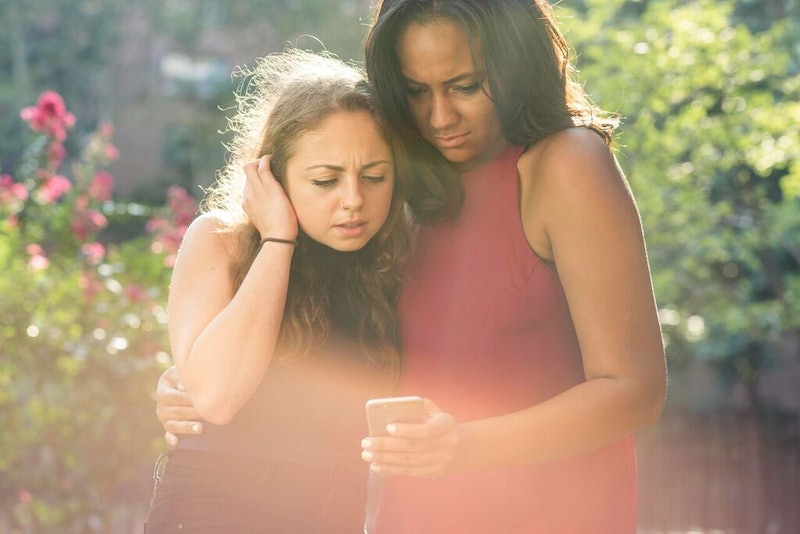 People are rarely worse versions of themselves than during a bad breakup. Especially when they get caught up in some of the things you should never do during a breakup. It's so easy to fall into patterns of unhealthy behavior when you're hurting. And it's easy to let your broken heart derail your work, your friendships, and your goals. It doesn't have to be that way.

I used to work as both a Domestic Violence Victim Advocate, and a Planned Parenthood Certified Responsible Sexuality Educator. In the former, I saw people through the absolute worst breakups of their lives. I'm talking breakups where the police had to usher women to secret locations to keep them from getting murdered. So I've learned a thing or two about breakups that can help you get through yours with your dignity in tact.

Nothing about getting through a breakup is easy. Even just doing nothing while you let your feelings wash over you can seem like an impossibly difficult task. But with a little time, some help from your friends, and few good cries, you'll get to the other side. Just make sure you don't trip yourself up on any of the following speed bumps along the way.

Can you be friends with your exes? Absolutely. Some people manage to do that just fine. But the time right after a breakup, when you're grieving and adjusting to life without that person, you need to take a break from them. If you just keep seeing them under the guise of creating a friendship, you're just asking for emotional drama. It's like picking open a wound every time it finally starts to heal. And when the sadness and longing turn into anger and resentment, you're likely to do or say some things you'll regret later. Take a break from them until you're truly over the breakup.

Just don't do it! A quick jump to your ex's social media accounts can turn a perfectly good day into the day you saw a picture of the new person they're dating before you were ready, or other info that's now none of your business. Social media creeping is like self-torture. It gives you a quick fix, but it's not worth it in the long run. You need to take a break from your ex, and that includes digitally. Hide or delete them if you must.

And then those late, sleepless nights hit when you're hurting and thinking about things in new ways, but you're guard is also down. Your sleepy, grief brain might try to convince you that it's a good idea to text your ex at 3 a.m. confessing, apologizing, yelling, professing your love, or even begging for forgiveness. Trust me when I say that this is never a good idea. Instead, write your thoughts down, then impose a 3-day waiting period. Nine times out of ten, you'll realize that your ex doesn't have a right to your deep feelings right now.

4. Lean Hard On Your Vices

Sometimes you need to eat a pint of ice cream and cry. Or have a couple stiff drinks. Or hook up with that no-strings-attached hottie in your building. Saying not to do those things is silly, even if they may not be the healthiest way to deal with your feelings. But, if you find that you're drinking all the time, or binge-eating on the regular, or leaning too hard on any of your less-than-doctor-recommended coping strategies, it's time to call in some friends, or even some professionals (counseling is way more awesome than you know during a breakup) for some intervention.

Alone time is a glorious thing. It's the holy grail of people with roommates, and it's the preferred social activity of introverts. But there's a line. You have to go to work, or school. You have to visit your family and spend time with your friends. You cannot become an island unto yourself. If you just don't have the energy to socialize, ask your friends to come by. Find a new hobby that gets you out of the house. Whatever you do, don't just isolate yourself and wallow.

Contrary to what romantic comedies would have you believe, disrespecting someone's boundaries to try to convince them to take you back is not sweet. It's a crime. If your ex doesn't want to see you, that's not an invitation to text, call, leave gifts, post on social media, drop by their work, or plan some grand, romantic gesture. It means you need to respect their boundaries and leave them alone. They may not be in the same place as you, emotionally, and repeatedly having to deal with you could be delaying their healing process. I'm not saying it's never OK to reach out. I'm saying that if you reach out, and they're not receptive, then you have to give the space.

7. Participate In The Drama

Unfortunately, these seven breakup don'ts are some of the hardest to live by. But if you can swing it, you'll have a much smoother transition out of broken heart land.