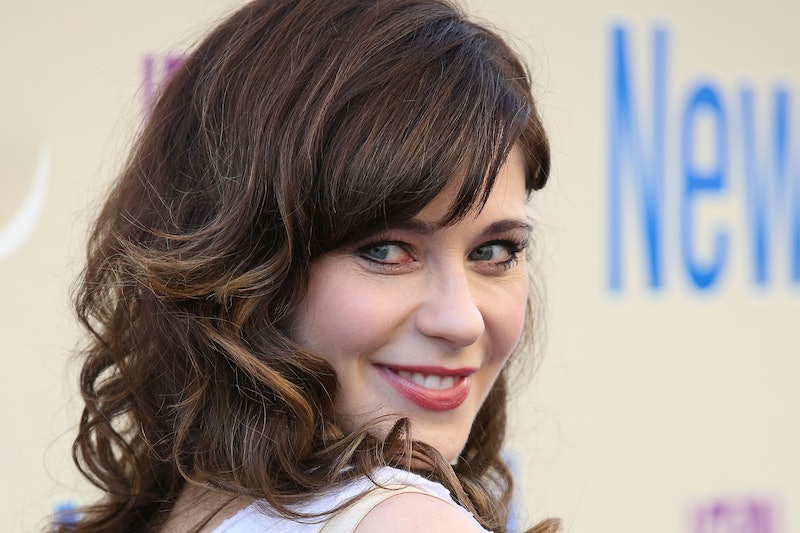 In a lot of ways, eyelash extensions seem like the holy grail of lash enhancement— after all, they're a surefire way of taking regular lashes to Twiggy-esque Betty Boop levels of fabulosity, right? They allow you to eschew the daily drama of mascara (mascara removal is never fun, not even with the best of mascara and makeup remover formulas), and once they're in, they're in, making them fairly low maintenance. They can be costly, yes, but they're also long-lasting — so many consider them worth the initial investment.

All in all, they're a nice way to shorten your daily makeup routine, and add a little low-maintenance drama to your everyday countenance. They range in style from subtle to fierce, and come on — they're all but clinically proven to boost your confidence. It's not all wine and roses, though: In addition to their priciness, lash extensions have a few drawbacks — they can damage your real eyelashes, and cause infections. With that in mind, there's more to the lash extension commitment than you may have originally thought — so, let's go through a few of the things you need to know before making the decision to get lash extensions.

Instead of fiddling around with lash glue and falsies, you can get the dramatic look with a one-time application. Granted, said application can (ballpark) last anywhere from one to three hours — but at least it's more relaxing than gluing the strip lash too high on your eyelid and being forced to rip it off, right?

They look darned fabulous, but you might have to modify your regular routine to accommodate your new lashes. According to Byrdie, there are several products you'll have to nix, including tubing mascaras (it sticks to falsies more than regular lashes), pencil eyeliners (they can cause the lashes to tangle with each other), and oil-based cleansers (the oil can break down the glue).

3. Your Results Depend On What You're Working With

If you're starting out with fine, sparse lashes, it's unlikely you'll be able to reach Beyonce-levels of lash drama (sadly). Since the extensions are attached to your actual lashes, it's important to remember that they can only carry so much weight, and you don't want to overload them.

With proper care, lash extensions can last up to two months — and once you invest in the full set, you can get touch-ups (which are less costly than the initial application) as needed.

5. They Come In Different Materials

Depending on your preferences, you can generally either choose extensions made from silk, mink (Beyonce wears mink, in case you were wondering), or synthetic mink. All have their respective pros and cons, so it really comes down to personal preference!

It may be tempting to DIY your own lash extensions (it's so much cheaper!), but as with anything, you'll have to exercise caution. Even in salons, an experienced technician can botch a job, so make sure to research your salon beforehand.

Additionally, the British College of Optometrists warned that "Repeated use of eyelash extensions can cause traction alopecia, a condition where the hair falls out due to excessive tension placed on the hair shaft" — so it might be best to give your lashes a break between extension sets. Also, if you happen to spring for the extensions, make sure to be extra careful about rubbing your eyes, as this can also uproot them.

7. Seek Medical Attention if You Get One Stuck in Your Eye

A reporter at Allure once revealed that she had a friend who got an eyelash extension embedded in the whites of her eye, and needed to get it cut out by a doctor. Do with that information what you will.

As if that last anecdote wasn't scary enough, there are also allergies to consider: There may be some materials (either in the lashes themselves, or the glue) you may be sensitive to — Kristin Chenoweth once famously appeared on The Late Show wearing shades, as a result of a nasty allergic reaction to the formaldehyde in her lash adhesive.

When wearing extensions, it can be tempting to scale back on your cleansing routine — after all, the less your eyes come in contact with soap and water, the longer they'll stick around. That said, ophthalmologist Dr. Daniel Durrie warned CBS viewers not to be cavalier with their clean-up: "People just don't clean their eyes really well, because they don't want to mess up their lashes. Then they get buildup of of things that can get infections." He advised users to utilize a gentle cleanser, like diluted baby shampoo, and cautioned against eye infection warning signs such as swelling, itching, and irritation. Extensions have been known to cause conjunctivitis and keratitis (infections in the conjunctivia and cornea, respectively), so definitely exercise caution.

Along those lines, it's important to be careful when selecting your salon — you want to make sure they're working under specific standards, to lessen your chance of infection. There's no way around it, lash extensions are expensive — so if it seems like a deal that's too good to be true, it just might be.

Even with all the cautionary tales listed above, they're still pretty darn fab (and fun!). So, you do you — as long as you're careful, the risks should be pretty minimal, and they're a great way to get those doe eyes you've always coveted.