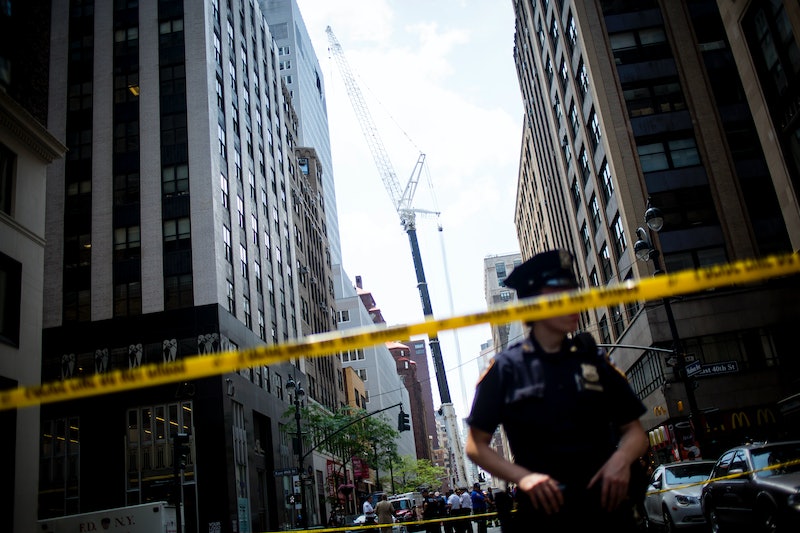 New Yorkers were greeted Friday morning with the frightening news that a crane collapse in Tribeca had resulted in one fatality and multiple serious injuries. The latter victims have been rushed to a local hospital. According to the New York Post, the crane fell at 8:24 a.m. on Worth Street between West Broadway and Church Street. Several parks cars were crushed in the collapse, and CBS New York noted there are reports some people may be trapped in vehicles. “I just felt it,” one woman told the local news station. “It felt like a bomb.”

The Fire Department of New York said there are 138 firefighters on the scene from 33 units. It is not yet known what caused the crane to collapse in the Lower Manhattan neighborhood, nor exactly how many victims there are. The ABC affiliate in New York City is also reporting that the collapse caused a water main break and a possible gas main break, in addition to subway delays.

Photos of the terrifying crane collapse have already begun making the rounds on social media, with gruesome and harrowing images of debris and the massive, splayed crane.