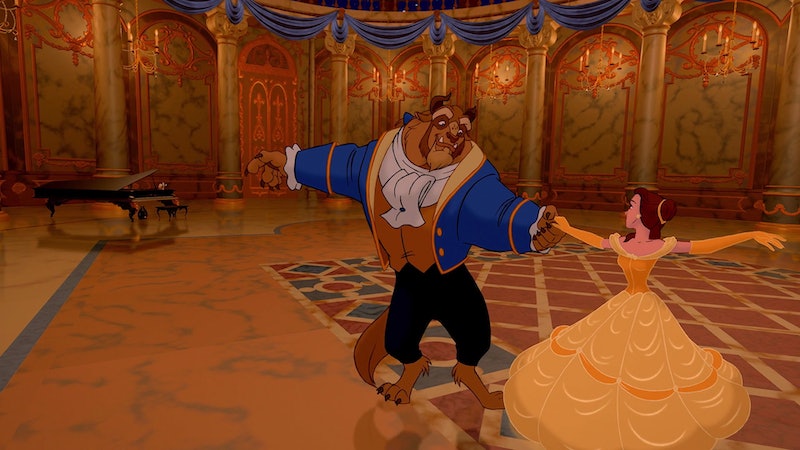 Every child who grew up in the age of the great Disney renaissance has at least one princess they hold near and dear to their heart, and, for me, that’s Belle from Beauty and the Beast . Toddler Mary Grace was dancing around in some Halloween version of that yellow dress before she could even walk properly, you know? And, to this day, my feels toward her and the film remain strong and solid, because Beauty and the Beast is an amazing film that still has hardcore rewatch-ability potential.

“Well, you could argue that all Disney movies have rewatch-ability potential, and I, for one, prefer Ariel,” you might say. And you would be totally wrong, because, while all Disney films have a little spark of magic in them, not all of them hold up well in a modern lens. You ever try watching Snow White cook and clean for seven strange men and then fall in love with another man she's never met? In 2016, that's a pretty tough pill to swallow. Especially after Frozen taught us that it takes more than a few hours to meet the man of your dreams.

But Beauty and the Beast is smooth sailing the full way through. Not only because of it’s strong-willed heroine (and that amazing ballgown), but because of these other 17 reasons.

Which is how it got so effortlessly translated into a Broadway Musical (which, by the way, was my first Broadway musical and I have the tiny t-shirt to prove it).

My brother and I have always found the baker's dismissiveness the height of comedy; it's basically the "Bye, Felicia" of it's time.

3. It Gets Super Meta Real Fast

Belle is just as much of a Disney Princess fangirl as the rest of us, reading about far-off places, daring sword fights, magic spells, a prince in disguise... oh wait, she just basically did the plot synopsis of the film?

4. The Fact That Everyone Thinks She's Hot But Weird

5. Oh, And The Fact That "Belle" Is Just A Hell Of An Opener

And, once it's over, everyone just pretends like they weren't talking shit. It's great.

6. Gaston Is The Most Potent Disney Villain

He's hilarious in his way and positively primeval, but, make no mistake, he is worse than any talking lion.

Belle just shuts down Gaston, his biceps, and his surprise weddings left and right. It's great, because he is misogyny personified.

8. "I Want Adventure In The Great Wide Somewhere."

Oh my God, I feel that feel so hard it's physically painful.

9. All The Delicious Fanfare Of "Be Our Guest"

It's an act all the household appliances could definitely take to Vegas.

10. The Snow Scene Where Beast Makes Friends With All The Birds

Very cute, also pretty much me right now with the sparrows that live outside my fire escape.

11. The Utter Delight Of Falling In Love With Someone Unexpected

Plus the added delight of having it done to a musical montage.

12. The Fact That Beast Got Belle A Library

All other Disney princes can go home, nothing will ever top this.

13. The Part Where Beast Mimics All Of Our Curling Iron Struggles

Yeah, you want to be more Victoria's Secret Angel and less Shirley Temple.

14. "Gaston" The Song Is As Wonderful As He Is Horrible

I mean, he is the worst, but I will drunkenly sing that song at any midtown sports bar, I don't even care. It is my "Let It Go."

15. Everything About The Ballroom Scene And How It Is A Tear-Jerking Triumph Of Animation

There will never come a day in my life where I'm not impressed by the fact that you can see their reflections in the floor. It's a standalone piece of art.

16. This Moment Of Pure, Unfiltered Magic

You know, true love saving the day and what-not.

17. And, Finally, The Weirdness Of Seeing Everyone In Their Human Forms

Which is to say, it's a heartwarming weirdness.

In short, if you haven't seen Beauty and the Beast in a long while, now's the moment. Because it's not just a tale as old as time. It's simply just timeless.