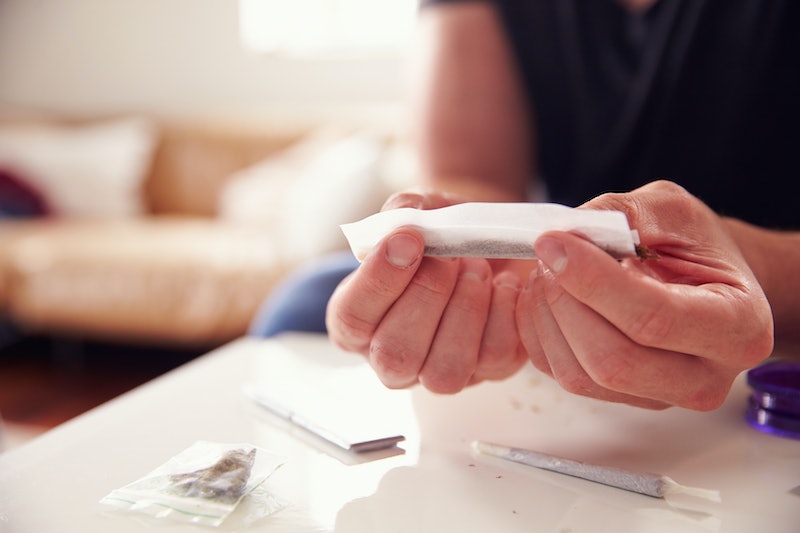 Put this in your pipe and smoke it: According to a recent study, marijuana may actually damage your short-term memory in the long run (as opposed to the short run, when you forget whether you have hands until you come down). Many people assume that once they put down the bong, that's the end of weed's effect on their lives — no more munchies, two-hour attacks of the giggles, or weekends lost to repeated viewings of Harold and Kumar Go To White Castle . However, researchers at the University of Lausanne in Switzerland have some bad news for the serious stoners out there; according to their results, smoking up every day for years at a time can have lasting consequences.

The study looked at the smoking habits of almost 3,400 participants over the course of 25 years, concluding with a range of tests designed to measure their cognitive abilities. Using an amazingly-termed form of measurement known as "marijuana years," researchers compared participants' exposure to marijuana over time with their cognitive capabilities in middle age. Perhaps unsurprisingly, they found that those who smoked daily for at least five years exhibited significantly worse verbal memory than those who smoked less or not at all, even when researchers controlled for other factors like age and use of other substances.

The relationship between marijuana use and short-term memory decline was linear: For every five "marijuana years," participants remembered one fewer word in a list of 15 than someone who doesn't smoke. ("Marijuana years" was used to compare pot use across participants: One marijuana year is equivalent to smoking every day for a year, smoking every other day for two years, smoking once a week for seven years, and so on.) A difference of just one word may seem trivial, but the years add up quickly — some people smoked every day for all 25 years of the study.

However, few people are actually committed to smoking that much weed. Just eight percent of volunteers were exposed to more than five marijuana years, and only 12 percent continued to smoke in middle age, compared to 85 percent at the beginning of the study. Furthermore, the study wasn't designed to draw a causal link between smoking up and memory decline — as the Washington Post points out, there's no way to tell whether weed caused the drop in verbal memory, or whether people who have lower verbal memory in the first place are more likely to smoke heavily.

Researchers also noted that the other cognitive functions measured in the study, like attention span and problem-solving skills, were left preserved, so there's no pressing need to pack up your bong and Big Lebowski DVD just yet (as long as the drug is legal in your area). It's also important to note that there are a multitude of contradicting studies out there: Some say that weed improves cognitive functioning, while others have found the exact opposite. Additionally, the medical benefits of marijuana have been well-documented, so if it helps you manage an otherwise difficult-to-manage condition or issue, then you go on ahead and do what you need to do.

Ultimately, it all comes down to this: Like most things, weed is probably best enjoyed in moderation — and besides, for the recreational user, your wallet can only take so many munchies-driven grocery runs.