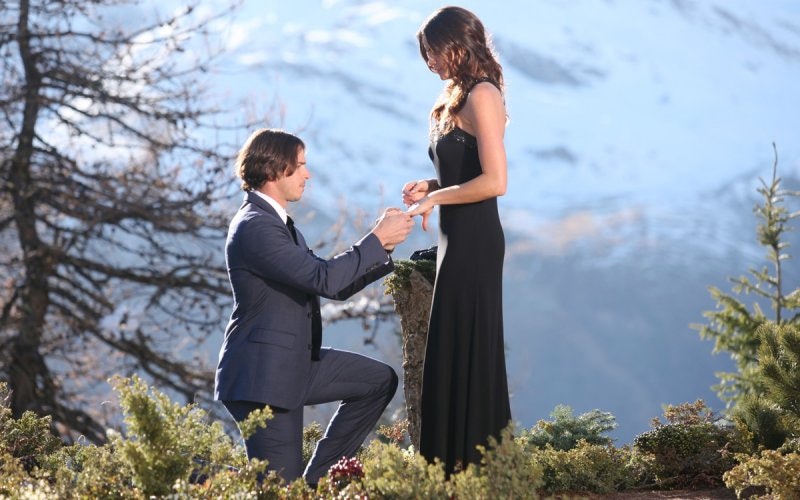 Hi, I'm Alexis. We haven't met, but something you should know about me is that I become endlessly fascinated with the lives of The Bachelor and Bachelorette contestants, and find it impossible to let them go, even after the show has ended. Which is how I find myself here wondering about Ben Flajnik's relationship status today. Now, I know I don't have to tell you this, because you've committed the names and defining details of every single contestant to memory, like me, but Ben was the star of Season 16 of The Bachelor that aired in 2012. He had quite the bumpy ride, so my concern is justified.

First of all, the way he even got picked to be the Bachelor was by competing for Ashley Hebert's heart on Season 7 of The Bachelorette. The two seemed to have a connection, and Ben made it all the way to the finale, where Ashley let him propose to her before sending him home. Oof.

And Ben didn't have any more luck on The Bachelor. He and Courtney Robertson, whom he chose, broke up while their season was still airing in February 2012, only to get back together and engaged again. And then they broke up for real reals in September 2012. Oh, man. Getting re-engaged earns you a double oof. But things are looking up these days, as Ben isn't brooding over any of those lost loves. In fact, he's in a committed, long-term relationship with a woman named Stephanie Winn, whom he met on Tinder, of all places. The two of them have been dating since around December 2013, so just over two years, and currently live together in San Francisco with their dog, Scotch.

So, hey, maybe this is something to think about the next time you're debating whether or not to swipe right. Ben Flajnik may not have found love on national television either of the two times he tried it, but, so far, he's been served pretty well by just your average, run-of-the-mill dating app. What a world.