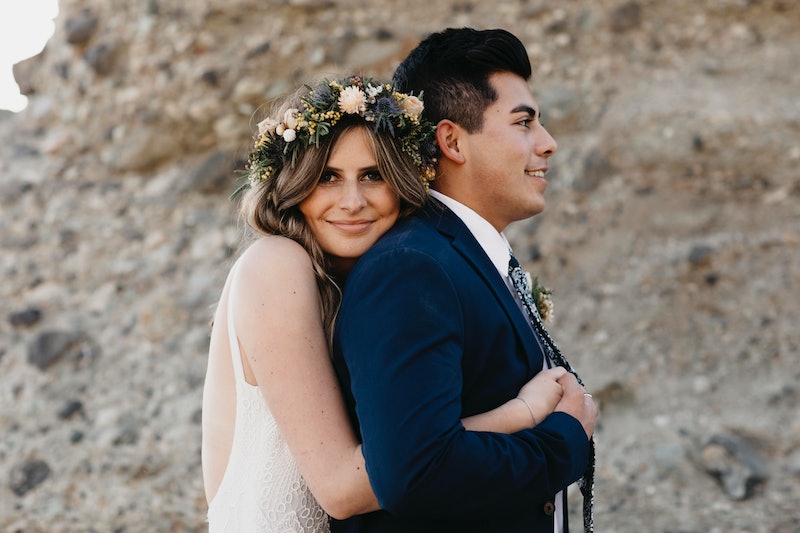 Thanks to so many rom-coms out there, wedding night sex has become a high pressure situation for couples to make it as picture perfect as it can be. Sure, it makes sense for couples who may have decided to put sex on hold until after they got married. In that case, I could see how the pressure to make it a perfect night would bring some added stress. But in reality, there’s absolutely nothing to worry about. In fact, according to a new survey, wedding night sex is actually on the decline.

Nearly 50 percent of couples said they were too tired to have sex after the wedding.

About 21 percent cited alcohol as the reason for not having sex.

Not everyone is comfortable with period sex, I guess. For four percent of couples, that time of month was to blame. Other reasons for not having sex include, pregnancy, the couple had an argument, they didn’t go to sleep, or they just simply didn’t feel like it.

Want more of Bustle's Sex and Relationships coverage? Check out our video on Sex Positions for small penises: