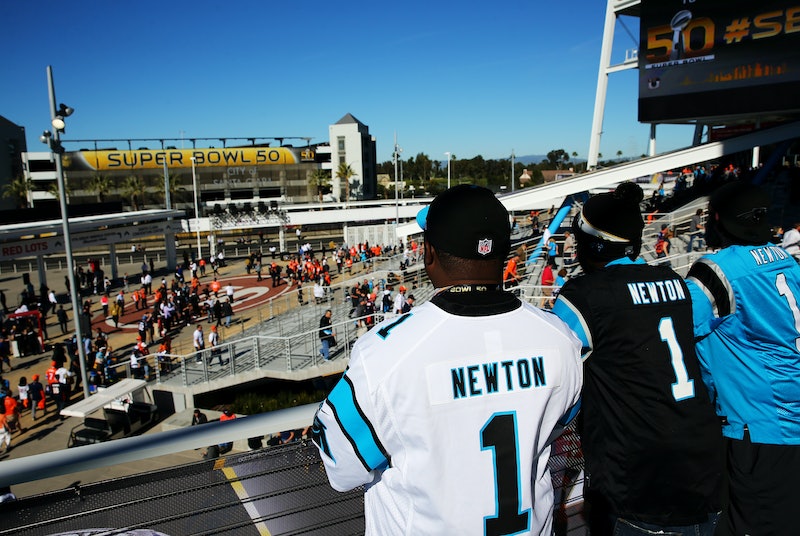 In every competition, there are winners and there are losers. In competitions of great importance, the stakes are even higher than usual — and in the Super Bowl, well, the stakes don't get much higher. The face off between the Carolina Panthers — a nearly undefeated team — and the Denver Broncos — the best defensive team in the NFL — was about as intense of a match-up as a fan might imagine. Sadly, with each game, there is always a team that goes home empty-handed. This year it was the Carolina Panthers. Where there is a downtrodden team, there are dejected fans, and Super Bowl 50 did not disappoint in that respect — except for sad fans of the Panthers, of course. All of that build-up, with hopes that Cam Newton could win his first Super Bowl after a fantastic, near-perfect season, coming to a tragic close put some fans over the edge, and all of the feelings of Super Bowl loss were readily expressed via Twitter.

Below are some of the most dramatic, hilarious, and interesting tweets Twitter had to offer post-Super Bowl 50. Hopefully, the fans will recover from their team's loss sooner than later. Until that happens, their tweets describe their plight in agonizing detail.

One thing is for sure: the Steve Harvey responses are real.

It wasn't an ideal season for the Carolina Panthers, but they certainly gave a heck of a run, and for that they — and their fan base — should feel proud. Well done, and here's to next season!