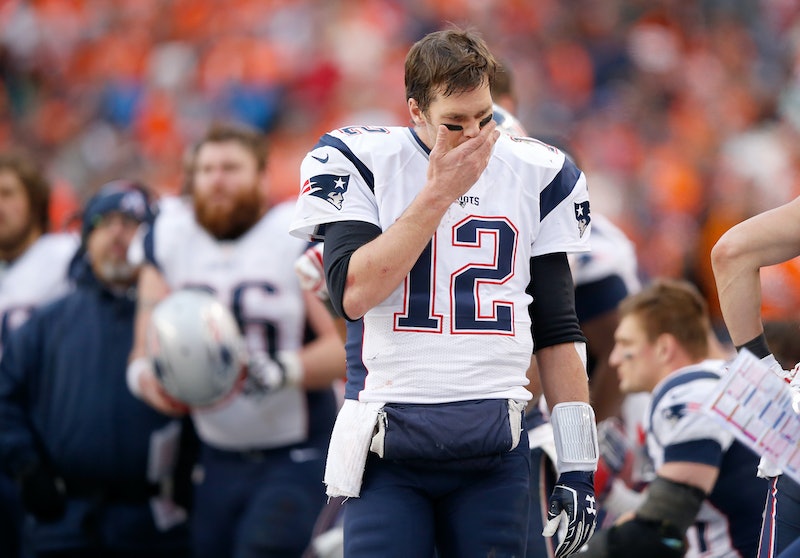 The scandal, dubbed "Deflategate" in the press, resulted in Brady being sentenced with a four-game ban by the NFL, however the ban was dropped after a suit in federal court. US District Court Judge Richard Berman ruled that Brady's suspension was carried out without proper procedural oversight. NFL.com reports Pat's chairman and CEO Robert Kraft had this to say: "Tom Brady is a classy person of the highest integrity. He represents everything that is great about this game and this league."

Brady ended up starting in every single game this season, until the Patriots were knocked out of the running for this year's Super Bowl by Peyton Manning's Denver Broncos during a nailbiter two weeks ago on Jan. 24. Brady and the Patriots lost out on a Super Bowl berth by only 2 points, scoring 18 points to Denver's 20.

Brady didn't appear to register the fan reaction in the slightest, continuing to strut onto the field like nothing was wrong.