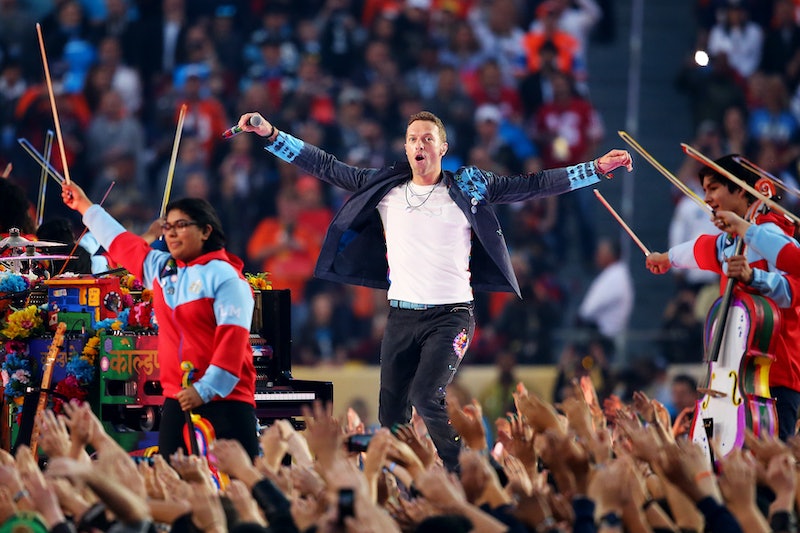 While the Super Bowl is about all about football, there are a lot of other elements at play. Great (and not so great) commercials, cheerleaders, and of course — the halftime show. Over the years, the Super Bowl halftime show has boasted an array of impressive talent: Michael Jackson, Paul McCartney, Sting, Katy Perry, and so many more gifted artists. During Super Bowl 50, Beyonce, Bruno Mars, and Chris Martin from Coldplay took the stage. They sang separately, together, and even performed some mash-ups of their most beloved tracks. Beyonce and Bruno Mars teaming up for "Uptown Funk"? Yes, please. And in case you missed Mars' insanely fun attempt at mimicking Beyonce's dance moves, Google it, stat!

With so many iconic singers in one space, there are certainly a plethora of fans who want to pay homage — or in some cases, poke fun at — these famed performers and their attempt at giving audiences a good time during the halftime show. Because even though Left Shark wasn't present in 2016, the show offered enough to inspire these Twitter users.

Here are the best and most hilarious memes and tweets to come out of the 2016 Super Bowl 50 halftime show.

Even without Katy Perry's iconic Left Shark in attendance, Super Bowl 50 audiences sure had a lot to poke fun at.