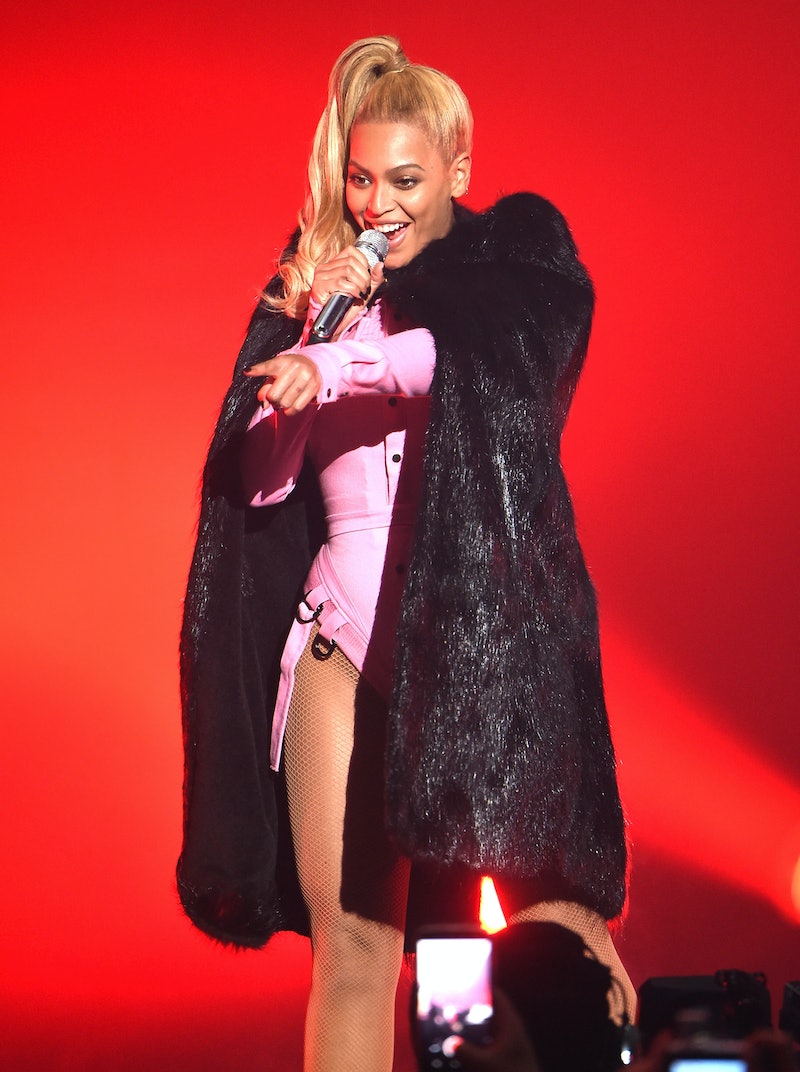 Once again Beyoncé pretty much stole the Super Bowl. From singing alongside Coldplay and performing an amazing mashup with Bruno Mars during the halftime show to announcing a brand new tour, it's been a great night for Queen Bey. So, how do you get Beyoncé tickets to her "Formation" tour? Well, you better start camping out now and taking days off of work, because you know it's going to be a battle for the best seats. Basically, it's going to be Adele all over again. Update: Per Beyoncé's official Instagram, tickets will go on sale Monday, Feb.15 at LiveNation.com.

That said, I'm pretty confident in saying fans can go to the typical websites for purchases, including Live Nation and Ticketmaster. Also, StubHub might be an option, as well. Though, don't take my word for it. Knowing Bey, she might like to change it up, because, well when isn't she full of surprises?

Whatever the case, tickets will go fast and, of course, Beyoncé's upcoming tour will definitely be a success.

For more Super Bowl goodness, check out Bustle on Youtube.