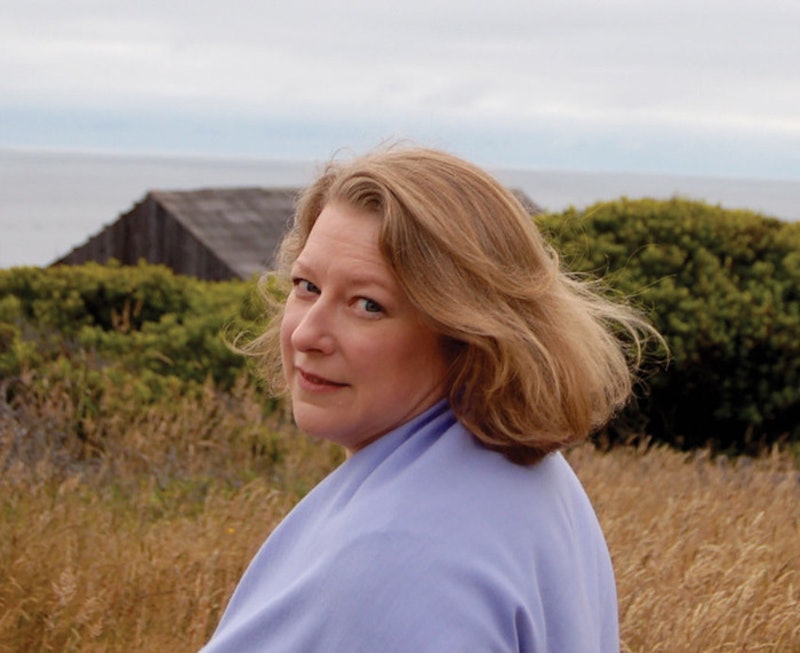 If readers were concerned about the stalled Warner Bros. movie adaptation, there's big news for Deborah Harkness' All Souls Trilogy fans: There's an A Discovery of Witches TV series coming our way. Since 2011, Harkness' fans have had to wait for meager information about the movie, that seemed to never come, but now there's something more immediate to focus on. Bad Wolf has acquired the television rights; Life on Mars writer Ashley Pharaoh will adapt for the screen; and — in the most exciting tidbit of news — Harkness herself has signed on to writing several episodes. Yaas.

And all of this couldn't come with better timing. February 8, 2016 marks the five-year anniversary of Harkness' debut novel. What a way to celebrate.

If you haven't yet read the All Souls Trilogy, here's what you're missing: Diana Bishop is descended from an old, respected line of witches (as we all dream of being), but she has determined that she doesn't want anything to do with witchcraft, spells, and magic. So when she discovers an old manuscript, she doesn't know that her actions have awakened the underworld of demons, vampires, and other creatures. She can no longer deny her magical heritage, or her intense attraction to the 1,500-year-old vampire Matthew Clairmont.

A Discovery of Witches by Deborah Harkness, $13, Amazon

After A Discovery of Witches, Harkness follows up with 2012's Shadow of Night and 2014's The Book of Life, following Diana and Matthew's steamy relationship.

Jane Tranter and Julie Gardner will executive produce the A Discovery of Witches TV series, and if their names sound familiar, you bookish film buffs, it's because they also recently signed on to bring His Dark Materials to the TV screen. (And presumably, atone for the film adaptation.)

So who do we have on the dream cast? Diane Kruger as ... Diana?

All around awesome TV show hottie Michael Huisman as Matthew?

We can cross our fingers.

A Discovery of Witches by Deborah Harkness, $13, Amazon