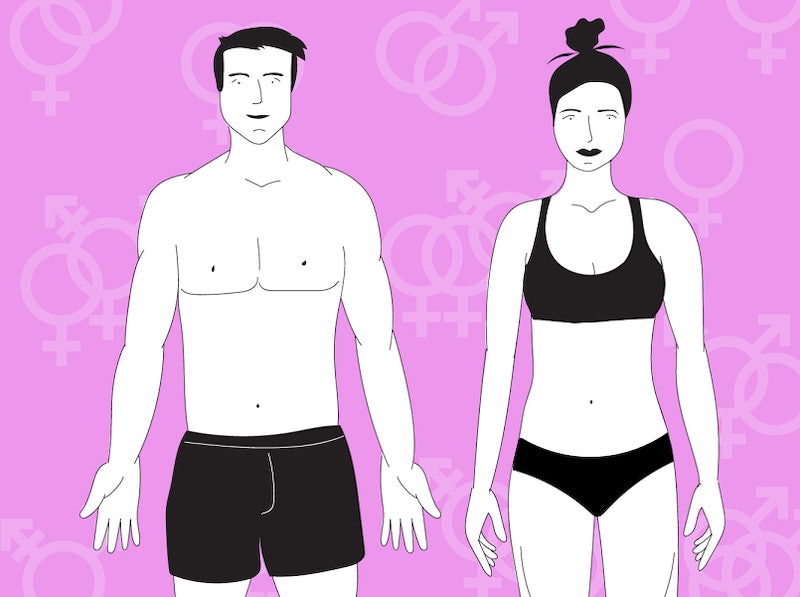 We can all agree that sex education is extremely important. However, there are certain useful tidbits that health class glosses over when it comes to dancing the horizontal tango. If the diagrams in our sex ed textbooks were honest, they’d include some disclaimers on the emotional, messy, confusing business of getting it on. Instead, we humans generally have to learn those tidbits in the school of hard knocks, so to speak.

That's not to say that the whole process of learning to apply a condom to a banana in 8th-grade health class wasn’t wildly entertaining and educational. (Haven't ever rolled a condom on the wrong way, and don't plan to start now.) But when dealing with the complexities of rubbing uglies, things get slightly more complicated than what you learn in class. For instance, most sex beyond the "me put penis in you now" variety is totally ignored. While they're at it, why not account for the fluidity of sexuality? It is, in fact, the 21st century. On a similar note, it isn't a bad idea to bring smartphones into the mix. After all, that is how most of us source our sexual partners these days.

Never fear! We’re picking up where your extremely uncomfortable gym teacher left off. Bustle has teamed up with Comedy Central’s new series, Not Safe With Nikki Glaser to bring you some updated sex ed diagrams for 2016. In the meantime, make sure to catch Not Safe With Nikki Glaser, Tuesdays at 10:30/9:30c on Comedy Central or anytime on the CC App.

As we all know, kids are super mature when whey have to learn the sex-related parts of the human body. (You still laugh like a 12-year-old when you have to say "testicles. Admit it.) But if those diagrams told the truth about sex and culture as it actually is, things might look more like the ones above. First of all, the brain, as the primary sexual organ, would NOT be ignored, and phones would definitely be incorporated.

Plus, the bizarreness of people loving boobs (aka, sacs of fat for dairy production) much would be addressed appropriately. Am I right, ladies?

Last but not least, we would clearly identify that our hangups with both male and female body — from balls to boobs — are socially constructed by the patriarchy. But that doesn't mean we can't laugh about man nipples.

A Diagram Of Acceptable Relationships

Historically speaking, institutional sex education tends to only cover the kind of pee-in-vagee sex that results in babies. But it's freakin 2016, guys. Love has won, and there's no excuse not to include the non-heteronormative sexualities and sexual identities. Whether you're a man loving a man, a woman loving a woman, or a trans woman loving a pansexual man and a questioning female, all sexual combinations are A-OK. (Even if the sexual combination is just, you, yourself, and you.)

The Emoji Matrix Of Sexual Expectations

The emoji is the mating call of the 21st century. That said, these little symbols can answer any and all questions about a potential bone sesh. Is that person texting you a thumbs up trying to shrug off your sexual advances? (Yes.) Does the winky-face person mean good, clean missionary fun? (Yes.) Is the flesh-colored mustache man ever not creepy? (No.) You're welcome, kids.