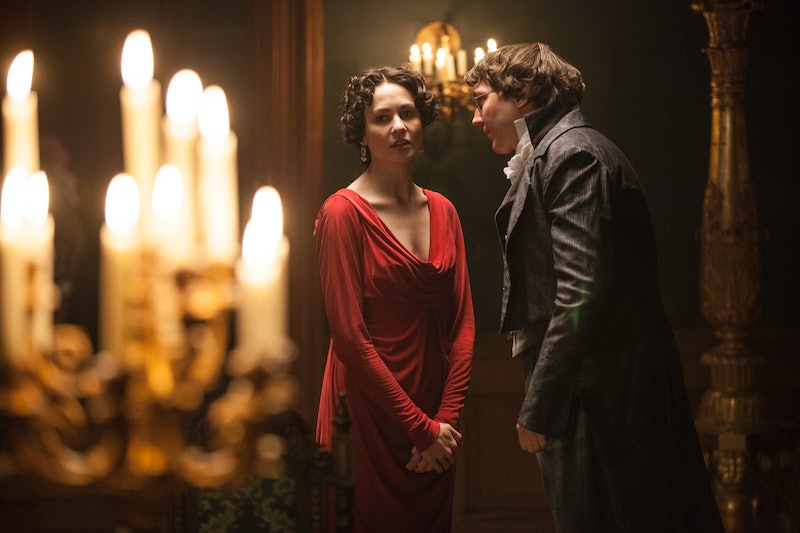 For many of us, War and Peace is that novel we were assigned in class, but was just too long to actually finish. (I'm sorry, Professor White — I swear I read most of it.) For those who need to get through it a little faster — or who want to see what happened in the chapters they skipped (ahem) — A&E helpfully stepped in with the four-part limited series adaptation of the novel, which aired earlier on the BBC in the UK but is just finishing up its U.S. run on Feb. 8. The lavish production, which stars Paul Dano, Lily James, and James Norton, is worth watching even if you aren't working on a school assignment. But, if you're a fan of big books, Russian novelists, or elaborate period pieces, four episodes of a limited series might feel too short. (Yes, this might be the first time War and Peace is referred to as too short.) So, will War and Peace return for more episodes?

Right now, no plans to bring back War and Peace have been announced. That feels odd to say, since it seems like series are never over anymore. But the project was conceived as a limited series, it covered the events in the entire book, and the BBC doesn't look like it's going to take a stab at another series. So, that's it for Pierre Bezukhov and Natasha Rostov for now. Still, if War and Peace has you hankering for other adaptations of Russian novels, here are a few that might strike your fancy.

If you can't get enough of War and Peace, you can rest assured that this go-round isn't the first time the BBC has adapted the novel. In 1972, there was a 20-part adaptation of War and Peace starring Anthony Hopkins. There was also a 1956 film starring Audrey Hepburn as Natasha Rostov.

Sorry, there are no balls in this one. It is intensely weird. But Richard Ayoade is very, very good at doing intensely weird. The film, an adaptation of Fyodor Dostoyevsky's novella, stars Jesse Eisenberg as an unassuming worker who meets someone who looks just like him — although nobody else seems to notice but him.

Anton Chekhov's classic play is already a movie by Sidney Lumet, but a new adaptation, starring Saoirse Ronan and Annette Bening, will play at Cannes this year. Ronan will be hot off her Oscar nomination for Brooklyn, so this movie might be a big deal (and won't involve sleeping outside Central Park, like the recent Shakespeare in the Park version of The Seagull that no one, including me, was ever able to get tickets to).

OK, so Woody Allen's comedy isn't exactly based on a real Russian novel, but, once you've watched the adaptations of all the other heavy works, you're going to want to see something that pokes fun at them all. War and Peace is pretty light on laughs.