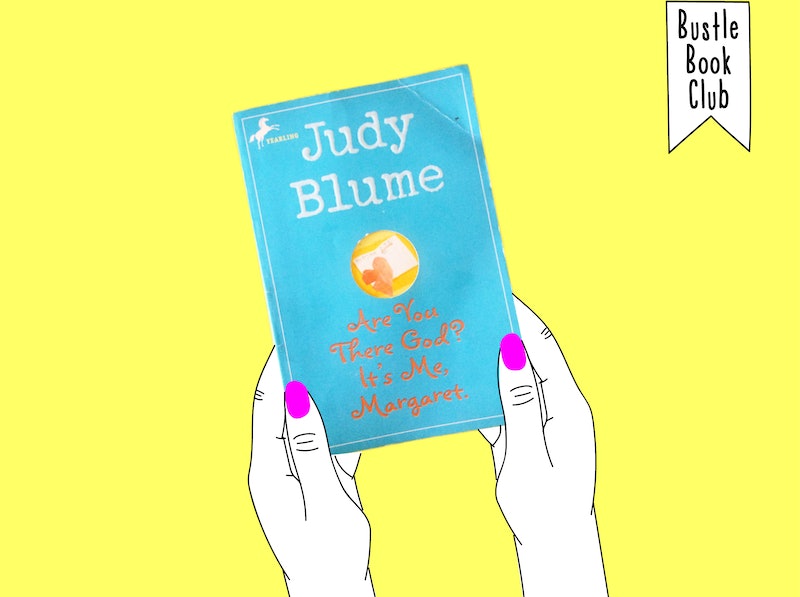 I was obsessed with Judy Blume as a kid. I wanted to be best friends with Sheila and Mouse from Otherwise Known as Sheila the Great. I wanted a boyfriend just like Michael in Forever. I wanted to live in a New York City apartment building like Fudge in Superfudge. I wanted a grandmother exactly like Margaret’s in Are You There God? It’s Me, Margaret. (The cool, Jewish grandmother, not the stuffy Christian lady who lived in Ohio.) I adored Judy Blume so much that I copied her writing style and subject matter in the fiction journals I kept as a kid. So today, to celebrate Judy Blume and her awesomeness, I feature four pieces of Judy Blume Fan Fiction circa my journals 1986-1988 and various reasons I think she’s so great:

The intoxicating thing about Judy Blume’s characters is that they were so normal. You could honestly picture Margaret from Are You There God? sitting next to you at school, which was refreshing after trying to figure out the unsympathetic young characters in other fiction I read at the time. (Holden Caulfield, I love you, but I’m looking at you here. Then again, maybe I shouldn’t have read about you at age 9.) Here is my attempt at creating a Judy Blume character as a kid:

For the record, “wild” clothes, by my third-grade estimation, were “long shirts and rolled-up-to-the-knees pants.” Exposed calves! The horror!

Divorce. Remarriage. Merged families. Merged religions. Parents who work. Absent, judgmental grandparents. Fathers not in the picture. I can only imagine what a comfort these books were for kids going through this difficult family stuff. Here’s my 10-year-old attempt at tackling divorce in a story titled “The Train”:

I wasn’t a great geography student, so I have no idea what I was talking about with “Californian island.” Alas, that story is abruptly abandoned on the next page, so we never get to hear where this mystery island actually is.

3. She Acted As a Surrogate Mom

Judy Blume got so many letters from fans that she published a book aimed at parents called Letters to Judy: What Your Children Wish They Could Tell You. In the book are responses to questions about being alienated by one’s peers, when is the right time to first have sex, and mysterious teenage bodily transformations. I totally relate to choosing to write to an uber-famous author instead of talk to your parents about this stuff. When kids were being mean to me in fifth grade, I didn’t talk to my mother, I reread Blubber. Are You There God? It’s Me, Margaret was the first book I read that made buying your first bra and getting your period a front-and-center plot point, and what a relief, because my parents were no help. Clearly I thought periods were very worldly and adult to write about; here’s my interpretation of what it’s like to get your period as a 9-year-old:

Uh, yeah. Menstruation doesn’t make you stop breathing, either. Judy Blume so wouldn’t have hired me as a researcher.

4. She Broke Down the Boy-Girl Thing

The one Judy Blume book my mother didn’t let me read until I was older was Forever, and soon enough I understood why: There’s a penis in it! But the book isn’t just about sex. It’s about first love… and letting that first love go. All of the Judy Blume books that deal with tentative boy-girl relationships get to the heart of what it’s like to really connect with someone, love someone, and, yes, want to tear their clothes off every chance you get. Long before I had a first kiss, I wrote about boyfriends in a story called “Halloween Party”:

Do anything special? That could range from going to Spencer’s Gifts at the mall together to having wild sex in the back of Ben’s big brother’s Honda. Yikes!

So if you haven’t read Judy Blume yet, I suggest you start right away. I look at it this way: books about dystopias, supernatural beings, vampires, stalkers, and tragic, star-crossed lovers may come and go out of vogue, but stories about friends and boys and periods and family never get old. Take it from me — I’m re-reading them all now, and I’m sure her voodoo will rub off on me once more. And hey, maybe I’ll be inspired to finally finish that story about the California island.