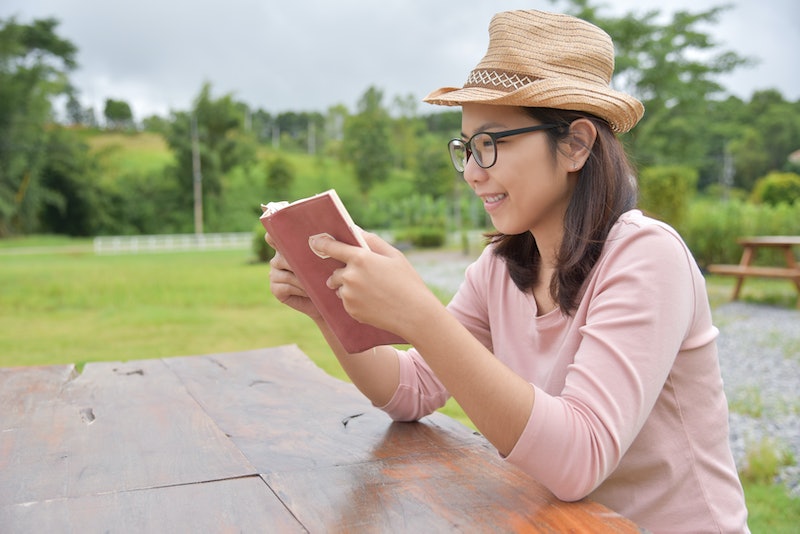 March is a month of adventure. The sun's out again, spring break is here, and the world is ready to be explored. And what better way to get started than with some fresh new reads?

The list of the best books of March 2016 is filled with characters who step into new skin (sometimes literally — see A. Igoni Barret's Blackass ). As authors dive into their characters, many of these books address ideas about where our identity comes from and how we tend to it. Readers, get ready to try on new perspectives and get drawn delightfully in.

This month features a pantheon of stories of revolution, from Ireland to India. Side by side these reads ask important questions about where we draw the line: what is revolution and what is terrorism? Plus, history-lovers, this month's for you, as you'll plunge into true-to-life tales of radical change and their resounding effects. From refugees to duchesses, these unforgettable characters are just bursting to tell you their story.

Family goes a long way this month, and mother-daughter relationships in particular are being examined. We'll see estranged families forced to come together, and tight-knit families who have to stay strong in the face of an impossible world. Some of these books span generations, while others zero in on a particular, explosive moment in a family's life. Throughout it all, have your tissue box ready, because you are going to feel some intense emotions.

Finally, book nerds rejoice, there are quite a few books out this month about literature itself. From exploring the artistic psyche to reimagining Jane Eyre, it's like an English major's playground. Talk about shifting perspectives, you'll be looking at the literary world in an entirely new light.

So, as you get a running start on spring, these reads will lift you up by your imagination and help you soar to fantastic new heights. Let's go.

In both concept and execution, this book is stunning. Set in Lagos, Nigeria, this is the story of a young black man, Furo, who wakes up one morning to find that he's turned white — minus his name, his background, and his ass. As Furo navigates the new world as a white man, he lands a job, moves in with a woman, and finds himself pursued by a writer named Igoni. Told with fantastic voice, this book gives a complex look into the forces whirling within contemporary society, from race to social media. This book is irresistible — read this excerpt and you'll see exactly what I mean.

"Slippery" is the best adjective to describe the main character of this book — a woman who sheds her identity again and again. As you follow her across the country, in and out of names and hotel rooms, you'll be questioning her motives every step of the way. Why would she flee after her husband's death, when she had nothing to do with it? Who is the mysterious voice she calls to get a new name? And what is she really running from? Thrilling and addictive, this is the thriller you've been longing for.

3. The Lonely City: Adventures in the Art of Being Alone by Olivia Laing (March 1; Picador)

What does it mean to be lonely? This book is a deep and resounding exploration of loneliness and all that it holds. Part-memoir, part biography, Laing explores her own experience as well as those of iconic artists, including Andy Warhol, David Wojnarowicz, Edward Hopper, Henry Darger and Klaus Nom. With a particular focus on NYC, this book is as dazzling as it is unique.

4. The Birds of Opulence by Crystal Wilkinson (March 7; University of Kentucky Press)

From the award-winning author of Blackberries, Blackberries and Water Street, this sweeping novel will take your breath away. Centered on several generations of women who live in a black Southern township called Opulence, this book is set apart by the strength of its characters and its lyrical style. From the reputable Goode-Brown family's struggle to overcome dark secrets to single mother Francine Clark's journey to raise her daughter, this novel is fueled by relationships intense and complex.

Helen Oyeyemi is a literary genius, and it shows in this fantastic collection of short stories. Glowing with imagination, each piece feels like you're stepping into an entirely new universe. With characters that will welcome you, push you, and surprise you, Oyeyemi's writing takes you past your expectations. As locks and keys weave their way throughout these stories, you'll find yourself opening up in new ways.

This sharp and powerful debut novel will floor you. The Freeman family moves to rural Massachusetts to participate in a research study in which they live with and teach sign-language to a chimpanzee. But in their new home, they find themselves isolated in a community of white people, both by their race and their experiment. As they struggle not to come undone, the pressure mounts as one family member begins to uncover the dark secrets of the Institute's past.

You're going to drink up this debut novel. Set in the U.K. in September 1984, this book centers around one of the 20th century's most ambitious assassination attempts, as a man named Roy Walsh plants a bomb in a Brighton hotel targeted for Margaret Thatcher. With full characters that come to life immediately, this book will hook you in all the best ways. Writers, take notice, Lee's craft is on point.

This brilliant historical fiction brings a feminist heroine to life: Margaret Cavendish, a 17th century duchess who published poems, philosophy, feminist plays, and utopian science fiction at a time when women weren't allowed to be writers. Using diary entries, Dutton tells Margaret's story in writing that is beautiful, accessible, and hypnotic. You won't be able to put down this remarkable book.

This astounding debut novel has been turning heads left and right. When Kyung Cho, a young, struggling father welcomes his own estranged parents into his home, he must confront the lack of affection in his childhood and how it has affected his own fatherhood. This book navigates family with unique and unrelenting fervor.

This collection of stories is centered on the 1947 division of India and Pakistan, and the mass displacement of families that resulted because of it. Each piece tells its own unique story, ranging from India, Pakistan, the United States, Italy, and England. Rao delivers a remarkable and empathetic exploration of a historical moment's powerful ability to resound across generations.

The mother-daughter relationship in this debut novel will tie your heart in all kinds of knots. When a mother's good intentions go catastrophically wrong, she and her daughter must find a way to mend their fractured relationship. Pushed forward by its amazingly crafted characters, you're going to hold on tightly to Hold Still.

12. The Association of Small Bombs by Karan Mahajan (March 22; Viking)

This one will hit you hard. In 1996, one of many "small bombs" goes off in a Delhi marketplace, claiming the lives of Mansoor's classmates. When Mansoor later goes to the U.S., he finds himself entangled with a passionate activist with malleable allegiances. Woven into the story is Shockie, a Kashmiri bomb maker who has given his life for a cause. Powerful, breathtaking, and unforgettable, this book pulls out dynamic insight on the effects of terrorism on its victims.

All it will take is a few pages of this book's strikingly hypnotic prologue, and you'll be sucked in. This is the story of the Plumbs, a wealthy, tangled family whose lives are filled with tensions and scandals. Now, with their trust fund at risk, the Plumb siblings must confront each other and their own wild pasts. Better than reality TV, you won't be able to stop reading this until you've sucked out all the juicy drama.

"Reader, I murdered him." In this delectable novel, Lyndsay Faye draws on Jane Eyre to create a searing 19th-century story of a young woman's murderous past. Bronte fans and unfamiliar readers alike will be sucked into Jane's rich story, filled with love and secrets a plenty. This book will take you on a dark and unforgettable journey.

15. The Year of the Runaways by Sunjeev Sahota (March 29; Knopf)

After being shortlisted for the 2015 Man Booker Prize, this breathtaking book is coming stateside to blow your mind. This is the story of 13 young men who have fled India and are living together in the U.K. Each character holds their own secrets, as their bold dreams fuel their struggle in the face of adversity. Exquisitely written, Year of the Runaways will quickly become one of your favorite books.