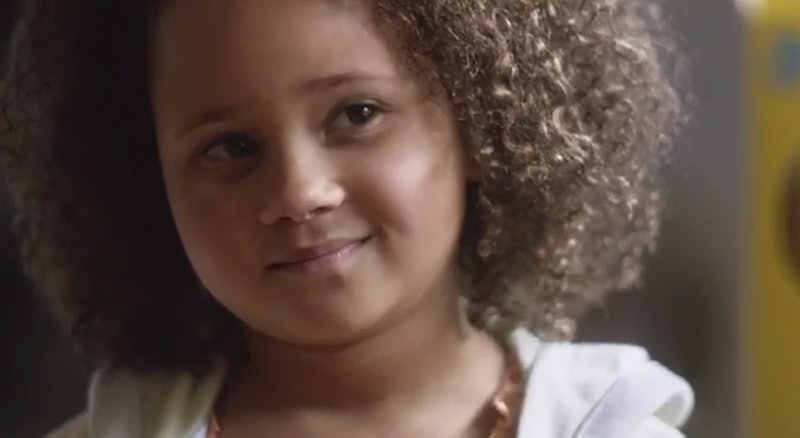 Cheerios is releasing a new ad and hold on to your pointy white hats, racists because it features a multiracial family again. Cheerios' new ad will premiere during the Super Bowl and includes the same family of a white mother, black father, and biracial daughter that the brand used in a previous "controversial" commercial. The first commercial got people who are apparently time travelers from the 1950s all fired up because how dare Cheerios display on TV what actually happens in the real world!

It should be noted that the people who were angry about the original ad made their opinions known on You Tube and Facebook. This is not surprising at all. People who write comments on YouTube are horrible. Seriously. Go look up anything on YouTube and underneath you will find words written by the dregs of the human race.

It sounds like overall, based on opinions from people who aren't You Tube commenters, that the Cheerios ad was well accepted. Cheerios' vice president of marketing Camille Gibson said, "Consumers have responded positively to our new Cheerios ad. At Cheerios, we know there are many kinds of families and we celebrate them all." That is awesome! And it's awesome that they're using the family again. I wish I could say that of course they are because why wouldn't they and not have to write any of this, but unfortunately three people with different skin colors trying to sell some Cheerios is so out of the ordinary that it's worth mentioning.

I'm biracial so it's hard to know if I'm biased. I would hope not. I would hope everyone watching has the same reaction as me which is to say, "Oh snap! A little mixed girl on a Cheerios commercial? Sweeeeeet." And, really, that sort of messed up because I hate commercials. Can't we get to a place in America where I can look at the multiracial family on TV and go, "Ughhh. I'm so sick of this damn Cheerios ad!" instead of having to love it for representing families like mine? I want to live in a society where diversity is so common on television that I can be annoyed at all commercials.

I have no idea why ads are released online before the Super Bowl since they lose the element of surprise that way, but you can watch the new Cheerios commercial for yourself below. Unlike the first ad, Cheerios has left the comment section open on this one. So far things look positive. People are calling it adorable, praising Cheerios for taking a stand, and saying funny things like this, "Multi-Grain Cheerios and Multi-Race Families.....Both Good."