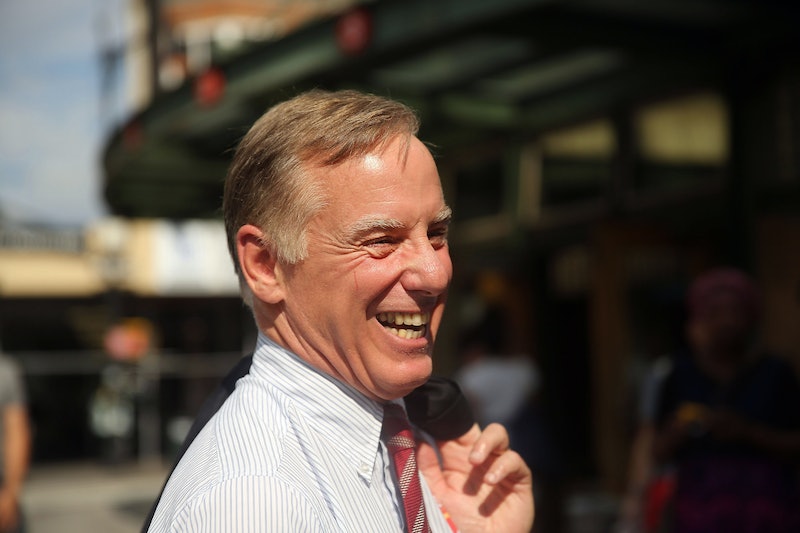 The Republican and Democratic primaries are in full swing, and the gargantuan field of candidates is finally beginning to shrink. Candidates who drop out during a primary are often forgotten rather swiftly, but that doesn't mean they lose all political relevance. For example, look at what happened to Howard Dean after he lost the 2004 Democratic primary.

A former governor of Vermont, Dean ran against the Iraq war and initially appeared to be a favorite for the Democratic nomination. His prospects declined after he finished third in the Iowa caucuses, however, and the concession speech he gave that night — which sounded highly aggressive and borderline deranged on television — was partially credited with his loss.

After Dean withdrew from the race, he was elected chairman of the Democratic National Committee. Among other things, this meant he was charged with leading Democrats to victory in the 2006 midterms, and he pursued a highly unorthodox but ultimately successful strategy to accomplish this goal. He called it the "50-state strategy," and the general idea was for Democrats to make a legitimate attempt to win in conservative states that John Kerry had lost in the 2004 election.

To do this, Dean essentially rebuilt the party's infrastructure from the ground up in every state across the country. He also recruited moderate and even conservative Democrats to run for office in red states. The thinking was that, while this might diminish the party's ideological purity, it would help the party itself win otherwise-unwinnable seats in the House of Representatives and the Senate.

Some Democrats were skeptical of this strategy. However, Dean was more than vindicated on election night, when Democrats won control the House for the first time in 12 years and took back the Senate from Republicans. Dean stayed on as DNC chair for another cycle, and again played an enormous role in leading Democrats to victory.

In 2008, Dean used a variant of the 50-state strategy to help elect Barack Obama to the presidency. Dean argued that Obama should compete in states that traditional wisdom would suggest were out of reach for Democrats. Once again, it was a controversial strategy, and once again, Dean was right: Obama won in several states that nobody (except perhaps Dean) thought a Democrat could win, including Indiana, Virginia and North Carolina.

Dean stepped down after the 2008 election and now works for a law firm. His legacy in the Democratic Party, however, continues to resonate. Dean was one of the first presidential candidates to use the Internet as a major fundraising tool, and while he didn't win the nomination in 2003, he was very successful in courting small-dollar donors online. Bernie Sanders, another presidential candidate from Vermont, is now doing the exact same thing.

Dean's success after his presidential run illustrates one often-forgotten truth about politics: A candidate doesn't necessarily have to win an election to influence the course of history.