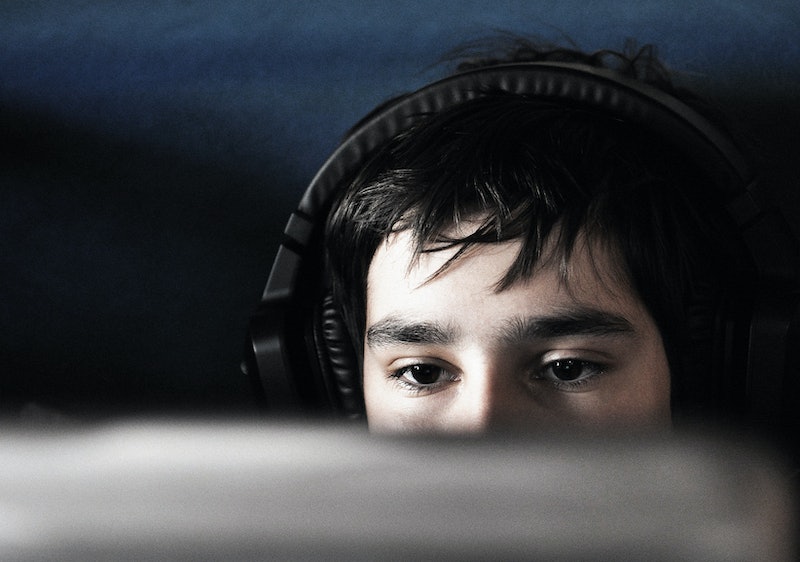 Because we don't spend enough time communicating with friends through screens as it is, you can now play chess through Facebook Messenger. And by "you," I mean "not me," because I do not know how to play chess. Or at least, I didn't until now. Yes, it took Facebook to get me to finally learn how to play a game that's been around since the sixth century B.C.E. I am a walking stereotype. At least I'm self-aware.

While this trick is not really "new" — it's been available to users for about a month — it has only recently gone viral (like, within the past day or two). Getting to the game is pretty easy: Just send "@fbchess play" to whatever friend is willing to spend untold hours on the phone with you, and the game will randomly assign each player a color. Don't forget that white always moves first!

This is when it becomes a bit more tricky: Facebook chess is text-driven, so it relies on Standard Algebraic Notation. So yeah, I just learned chess and a notation method with "algebra" in the title. That is a lot for a Tuesday morning. You're welcome.

First, let's talk about how the squares of the board are named. The vertical rows (the ones assigned letters) are called files. Each square has its own unique coordinate with a letter and a number.

Each chess piece is described by an uppercase letter, with one exception:

To move a piece, combine the corresponding uppercase letter and square coordinates. For example, if you wanted to move a Bishop to e5, then you'd simply type in "@fbchess Be5."

Since you have two or more of pretty much every piece, except for a King and Queen, you will probably have to let the game know which Bishop, for example, you want to move. In that case, you will identify which file (vertical row, remember?) your piece is on. So, typing "@fbchess, Bde5" means the Bishop in the fourth vertical row from the left is moving to the "e5" square.

Cool, right? Now, I have neither the patience nor the time nor the stamina to play a game this long (or boring — sorry, haters), but other humans seem to be all about it.