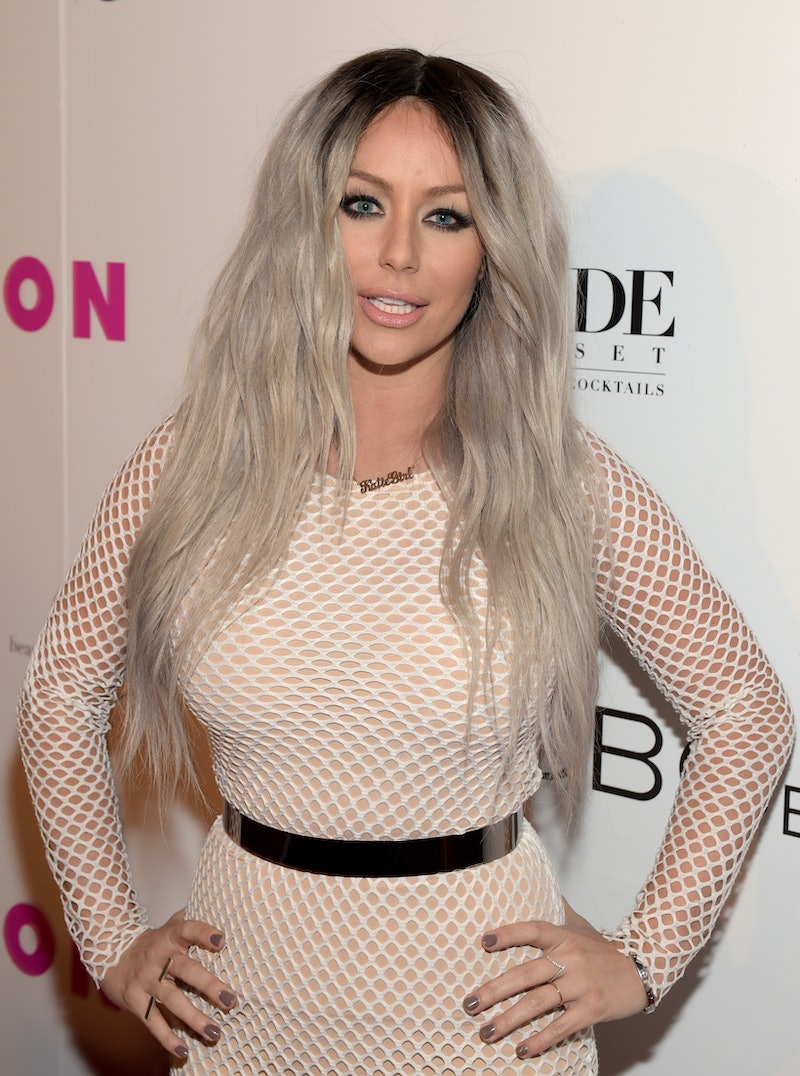 There were a lot of potential celebrity couples I envisioned getting together back when I was a hopeful youth. But I have to say, I did not envision a Making the Band alum and a Jersey Shore cast member pursuing a romance with each other. If you haven’t yet heard, Aubrey O’Day and DJ Pauly D are dating. I know, my teen brain is exploding, too. I suppose I just wasn’t open minded enough to picture it. Or I just wasn’t paying attention to all the signs. 'Cause, guys, they were there. O’Day and Pauly D have a heck of a lot in common.

O’Day confirmed to E! News that she and Pauly D have been together for “the past few months.” E! explains that they met while on Famously Single, the network's “new relationship rehab show," which is set to debut in the spring.

In an endearing turn of events, O’Day told E! of Pauly D and their relationship, "I feel like people think we're completely different but ended up being pretty alike in a lot of ways.”

And I’d have to agree. Here are 11 ways that our late '00s selves should have known Aubrey O’Day and DJ Pauly D were perfect for one another.

I am certain that Pauly has taught Aubrey the benefits of GTL.

3. They Definitely Weren't Strangers To Drama

It's the nature of the biz. You can fast forward to 1:02 to see the drama between Dawn and Aubrey begin.

4. But They Also Participated In Their Fair Share Of Lovin'

5. Their Style Epitomized The Time Period

They WERE the mid-late aughts.

6. Speaking Of Style, Big Hair Is Obviously Close To Both Of Their Hearts

7. They Really Stole Their Respective Shows

8. They Were Both Products Of MTV

Meaning they had a similar fame upbringing.

9. They Had A Strange Preoccupation With Getting Into Automobiles

So much in common!

10. They Were Overly Expressive

No words needed to get their points across.

11. They Were Both Sure Of Their Star Quality

If all goes well, just imagine the cast of characters at their wedding. *Crosses fingers for Diddy to officiate*

More like this
18 Unanswered Questions From 'The Hills' That Still Haunt Us Today
By Ivana Rihter
Passive Aggressive Examples To Look Out For In A Partner
By Jessica Estrada
Are Quality Time & Words Of Affirmation Love Languages Compatible?
By Lexi Inks
So, How Soon Is Too Soon To Move In Together?
By Jessica Estrada
Get Even More From Bustle — Sign Up For The Newsletter