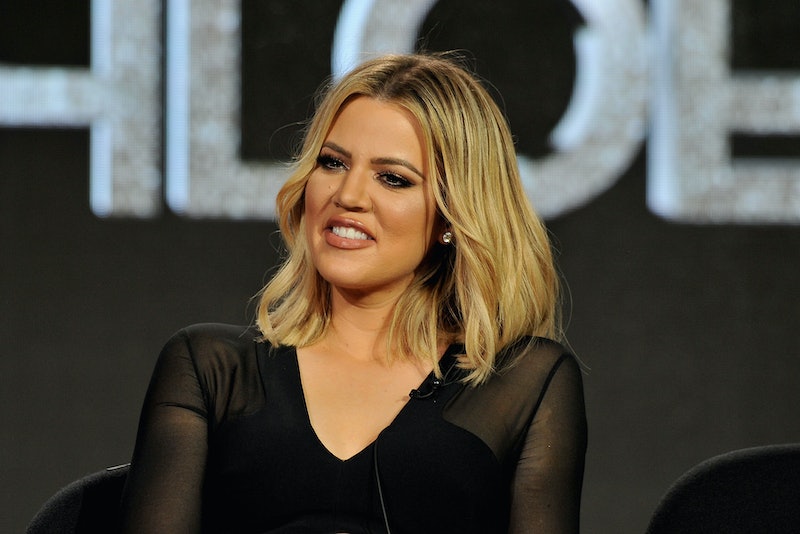 What has been a complete roller coaster of a year for all members of the Kardashian-Jenner clan, has perhaps been the most overwhelming for Khloé Kardashian. As she was beginning to find her happiness within herself and in love, she was blindsided by the news of her estranged husband Lamar Odom's hospitalization last October. When the news broke, she was dating NBA player James Harden and the two kept up their relationship in the midst of the emotional strain, but now it seems the two have called it off. According to multiple sources, Kardashian and Harden have officially broken up.

The Keeping Up With the Kardashians star has spoken openly about taking the time to care for Odom in the wake of his hospitalization, and she told E! News that Harden had been "really supportive" and "really understanding" of her during such a tumultuous time. And though the two have been dogged by split rumors for several months, they seemed to have a united front, with Kardashian telling E! News just last month that things were "good" between them.

Of the reported breakup, a source told E! that "nothing really [bad] happened ... they just barely saw each other the past few months and it died out."

Still, it seems clear that there have been signs of trouble with her and Harden for a while now. The 31-year-old has always been open and upfront on her social media accounts, and several recent Instagram posts indicate that they may have been on the verge of a split. Are these poignant quotes related to drama with Harden?

"Everything Happens For A Reason"

"It's Hard To Settle For Less"

Thankful For Every Obstacle

"Search For A Love That's Equal"

Only Kardashian herself knows for sure the true meaning behind these sentiments. And it's totally understandable that she'd have a lot on her mind given what she's gone through lately. Here's hoping she's able to find her inner peace soon!