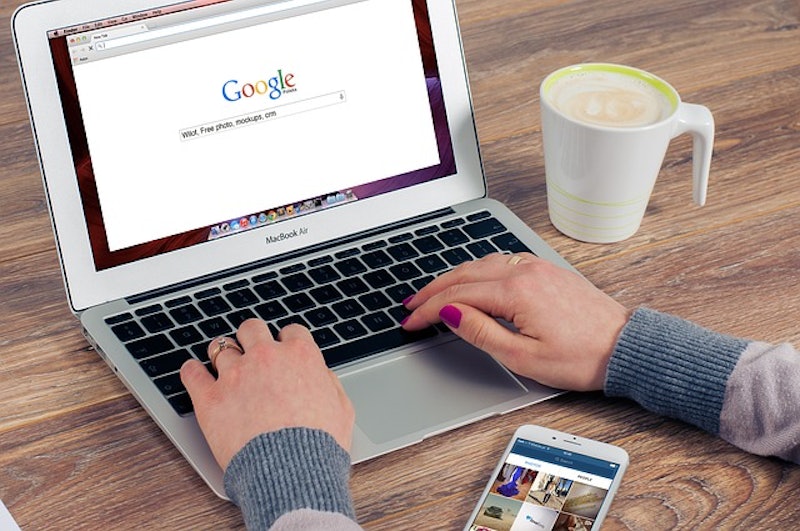 Have you ever Googled something random about your home state? I'm sure you have; we've all done it at one time or another: But how about this: Have you ever tried to figure out what other people are Googling about your state? In order to answer this incredibly pressing question, MentalFloss did a little data analysis and put together a map of the things people search the most about each state. Or perhaps more accurately, they figured out the things people wonder the most about each state: The search data they analyzed centered around the question, "Why does [state]...?"

MentalFloss created the map as part of their Afternoon Map series series; indeed, this particular map was actually inspired by a previous map they created for the same series. (In case of the original map, the search query used to focus the analysis was, "Why is [state] so...?). Obviously there are a lot of possibilities when looking at Google search trends, so in order to dig up some more interesting dirt, MentalFloss disregarded any questions that were in reference to a state's sports teams — with the exception of Alabama. According to MentalFloss, "Apparently that's all they search for," so they kept the athletic-related results for that particular state just so they actually had a data set to work with.

We'd be here all day if I went through the entirety of the map with all 50 states, so I took the liberty of pulling out 10 of the most interesting or puzzling things people are searching about in order to give you the gist of the most peculiar results. To see what people are searching for in your home state or to see the full map, make sure to head over to MentalFloss.

This is the most Googled question about Montana, which definitely seems a bit odd — could Montana be home to violent criminals? Or maybe just a whole lot of people who are wary of all government entities? It might remain a mystery, but it's worth mentioning that there was a famous standoff between the Freeman ranch and the FBI back in the 1960s; maybe that has something to do with the query.

2. "Why do West Virginia, Delaware, and Rhode Island exist?"

Harsh! All three of these states had this as the most Googled question about them in the MentalFloss map, which seems just cold to me.

3. "Why does Georgia have so many countries?"

As MentalFloss noted, this is probably a typo on the part of most people; "countries" is probably meant to be "counties." It seems Georgia does have a lot of counties though, as the state boasts 159 — the second most number of counties out of all 50 states.

4. "Why does Connecticut have a silent C?"

According to the Online Etymology Dictionary, it probably has something to do with where the word "Connecticut" is derived from in the first place: It's thought to be from the Algonquian word "quinnitukqut," which means "at the long tidal river."

This is another harsh question! Apparently though, it smells a lot like manure, according to a lot of people on the Internet.

6. "Why does Wyoming have red roads?"

Wyoming's asphalt often appears to be red in color, but the answer as to why this is remains unclear. It could actually just be a color preference, as this article on highway road construction notes that you can change the color of pavement very simply when building a road.

7. "Why does California have the most seats in the House [of Representatives]?"

The answer is simply because California is the most populated state (and growing!) in the United States. Each state is represented in the House according to its population size; meanwhile, the Senate gives two representatives to each state, regardless of size.

8. "Why does Colorado hate California?"

I wasn't aware of this, but there seems to be a bitter rivalry between these two Western states. It seems to be due to a push-pull pattern of success, with residences going from one state to the other based on the current economic and social climate each provides. For context, over 11 percent of Colorado transplants were born in California.

9. "Why does Alaska have so many earthquakes?"

The most earthquakes occur in Alaska than all 49 other states combined due to its geographic location: It's part of the circum-Pacific seismic belt which is responsible for 80 percent of the world's quakes. The more you know!

10. "Why does Oregon have full service gas?"

Oregon is only one of two U.S. states where it is illegal to pump your own gas. The reason for enacting this law came down to safety back in the 1950s, but still remains today despite almost every other state (besides New Jersey, that is) having banished laws against pumping your own gas. Hey, at least it creates jobs, right?

If you want to see more questions people are asking about the states, make sure to head over to MentalFloss to see the complete list.

More like this
The Most Powerful Photos From The Weekend’s Abortion Rights Protests
By Melanie Mignucci
American Girl Doll Memes Are Going Viral On Instagram & Tiktok
By Emma Carey
What Is A “Softboy?” The TikTok Term & Aesthetic, Explained
By Courtney Young
Why Are TikTokers Slapping Each Other With Tortillas?
By Courtney Young
Get Even More From Bustle — Sign Up For The Newsletter