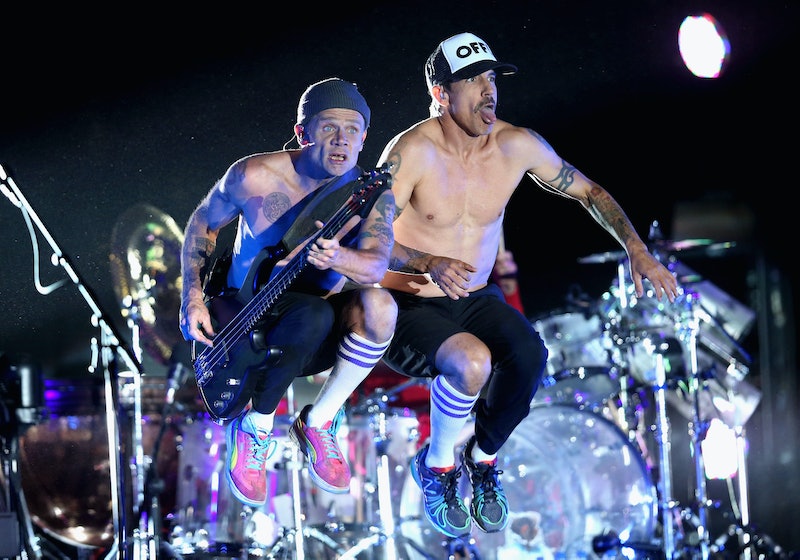 I have a confession to make: there is not a single band out there in music today that gives me more annoyance-induced anxiety than the Red Hot Chili Peppers. Some people — especially out here in their hometown of Los Angeles — really, really love these guys. I am not one of those people. Which is why I could kiss Jon Daly on the mouth for his spot on, really truly impeccable, satirical take on the band, "Abracadabralifornia." With both the vocal familiarity of Anthony Kiedis and the band's lyrical dexterity ("bing-a-bong-a-bong-a-bong-Burbank / gig-a-gig-a-gig-a-gig Glendale") and incessant, nonsensical, and absolutely infuriating rhyming, Daly has lambasted the band with with lustworthy cleverness.

Admit it, you're not the only one who — had you not known this was a parody going into it — could've been convinced that the tune was by the actual RHCP, soon-to-be performers at the Super Bowl halftime show alongside Bruno Mars. Probably because every single Red Hot Chili Pepper song sounds the same and, as long as you've got that Southern California glottally-infused singing down, they're fairly easy to mimic. Honestly, we're surprised no one has done this before Daly, but we'll take it now in all its glory.

What makes the band so easy to mimic/hate is their highly formalized, got-that-shit-down-to-a-science methodology of songmaking. Every song shall be littered with references to California; more than once there will be a reference to Los Angeles; Kiedis will affect a goofy accent in equal measure with a scary creepy one; and it'll all come together atop Flea's aggressive and smacked-about bass line. And while some people like their music to be sonic pudding, others find it to be so gratingly unoriginal as to cause annoyance-induced anxiety whenever a tune of theirs appearance over the radio waves. If you're brave enough, take a listen:

You can also download the tune here, if you're into that sort of thing.