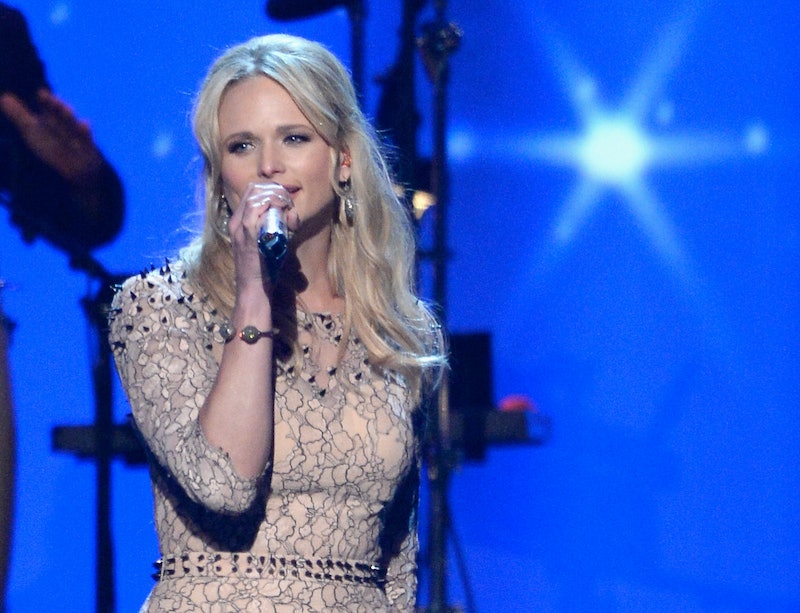 There are a lot of country music award shows, so many that there seems to constantly be one coming up. I'm pretty sure that if you arrange the letters C, M, and A in any order, a country music award of that name exists. The latest news in this never ending cycle is comes from The Academy of Country Music. The nominees for the ACM Awards were announced today and Miranda Lambert and Tim McGraw lead the pack with seven nominations each.

Keith Urban, who is currently a working as a judge on American Idol, only barely trails Lambert and McGraw and is up for six awards. Taylor Swift, Lee Brice, Blake Shelton, and Kacey Musgraves are all have five nominations. If the Grammys are any indication, Musgraves is likely to take home a couple trophies. The singer won both Best Country Album and Best Country Song on Sunday night.

The ACM Awards will air April 6 on CBS and will be hosted by Blake Shelton and Luke Bryan.

For the full list of nominees, including those that will not be presented during CBS' broadcast, check out the Academy of Country Music website.