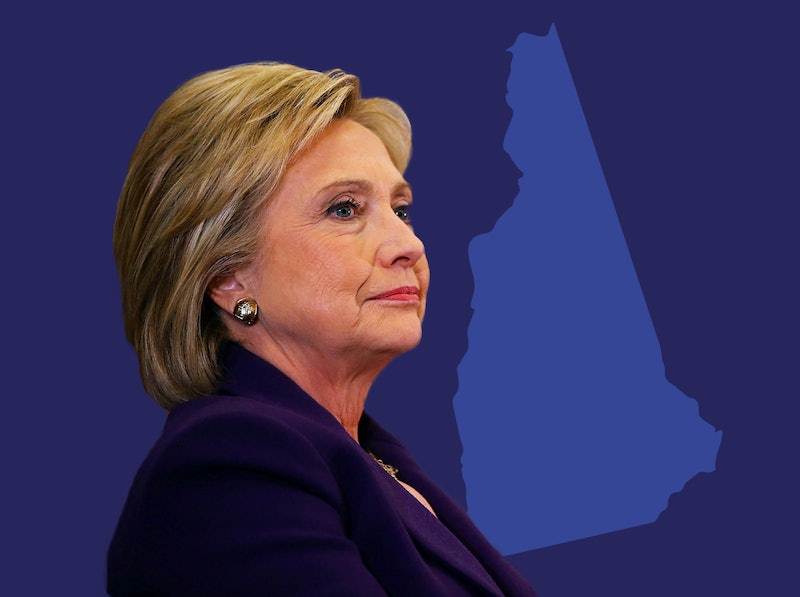 The Clinton campaign spent the days leading up to the New Hampshire primary bracing for the worst. The candidate herself seemingly preempted a loss to Vermont Sen. Bernie Sanders with this decidedly less sure subject line—"No matter what happens tonight"—in an email she sent out to supporters Tuesday afternoon. But in Hillary Clinton's New Hampshire concession memo, she held out hope for her eventual nomination.

It seems that Clinton and her Capitol Hill supporters are already looking past Tuesday's loss for a plan of attack against Sanders. As CNN reported, powerful Clinton supporters have been keeping track of Sanders' weaknesses, prepping for greater scrutiny of the candidate should the campaign need ammo. This underscores a greater conversation that has surrounded Sanders' readiness for office.

"I think when someone starts to look into Bernie Sanders' record, sure, things change. I think that hasn't happened," Clinton supporter California Sen. Dianne Feinstein told CNN. "Look at the seven taxes he would raise to do single payer (health coverage). There are a lot of technical things that show a person's record that just haven't come out yet and I think later on there is room for that."

In the memo, Clinton's campaign manager Robby Mook explained that while the campaign has a handle on the last two "early four" primaries, South Carolina and Nevada, the campaign is banking on the crush of March primaries to bring in wins for Clinton.

As Mook noted, 56 percent of the delegates needed to win are awarded in March. On Tuesday night, Clinton's team sent out a memo detailing her concession and the plan going forward. As the memo details, the campaign is banking on more diverse states, compared to New Hampshire and Iowa's overwhelmingly white populations, for momentum in March:

Hillary's high levels of support in the African-American and Hispanic communities are well known. She has maintained a wide double digit lead over Sen. Sanders among minority voters in national surveys and in states where African-American and Hispanic voters make up a large share of the electorate. That type of support was not created overnight; it has been forged over more than 40 years of fighting for and alongside communities of color. They know her, trust her and are excited about her candidacy.

As expected, the memo also detailed why Sanders' policies won't hold up in states with a lot of minority voters, who largely support Clinton.

Thus, we expect Sen. Sanders' positions and past votes on three of President Obama's key priorities — gun safety, immigration reform and Obamacare — to cause significant problems for him in states with large African-American and Hispanic populations. Additionally, as the campaign moves to states with a heavier presence of military personnel and veterans, Sen. Sanders should expect renewed questions about his foreign policy proposals and preparedness to be Commander-in-Chief.

The timing of the memo indicates that her team anticipated the loss, but the overall tone reflects the candidate's campaign: prepared to fight back.