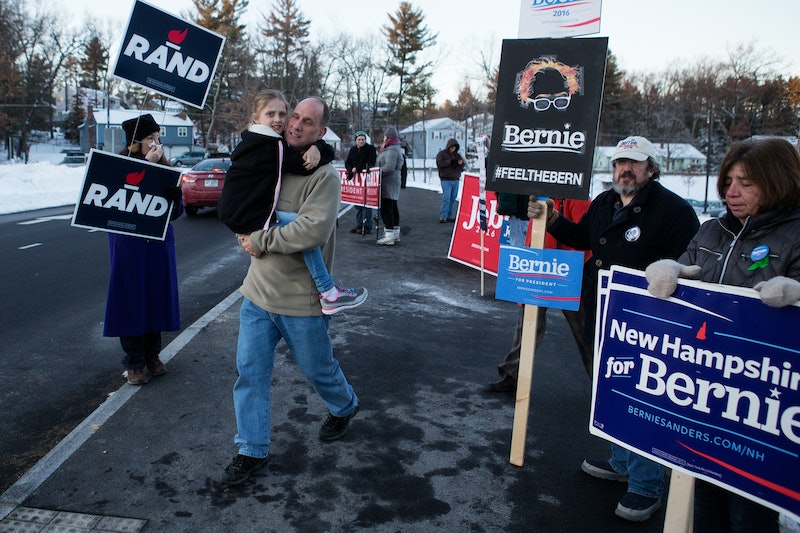 On Tuesday night, the first presidential primary of the 2016 election cycle went down in the great state of New Hampshire, and it was every bit the red-letter evening everyone was anticipating — when it's all said and done, you could be talking about record levels of voter turnout. But all the attention that naturally follows being the first primary state in the nation has raised some other curiosities and questions. For example: what does "live free or die," the state motto of New Hampshire, mean?

It's one of the more memorable ones you'll ever find, for obvious reasons — generally, triumphant state mottoes try to avoid acknowledging the ever-present reality of death, much less make such a seemingly confrontational statement.

The exact origin of the phrase, at least insofar as the New Hampshire motto is concerned, was a famed revolutionary general from New Hampshire named John Stark. Born in 1728, Stark had a long and storied military career, but his lasting legacy is undoubtedly the New Hampshire motto. In 1809, when Stark was unable to attend a commemoration of the 1777 Battle of Bennington due to old age and failing health, he sent along a letter to the gathered veterans instead. And at the end of that letter were the words that New Hampshire's now know for — "Live free or die: Death is not the worst of evils."

Stark passed away 13 years later, in 1822. As for the precise meaning of his signature phrase, well, it's not terribly hard to figure out. Basically, it's a proclamation that it's better to lose your life striving to live in freedom than to accept subjugation. It's not hard to see why this idea would resonate with Stark and his fellow American revolutionaries — he wrote the letter just 26 years after the bloody war against the Great Britain had concluded.

It's not without controversy, however. Some residents of New Hampshire aren't so crazy about having this kind of mortal imagery in their state motto, especially because it's also splashed across all the state's license plates. But late last year, the state legislature decided that "live free or die" was not a choice — they voted down a bill which would've allowed motorists to choose whether they wanted a plate with the dramatic motto. And really, that's maybe not so surprising, is it? After all, if nothing else, the words "live free or die" don't exactly scream compromise.