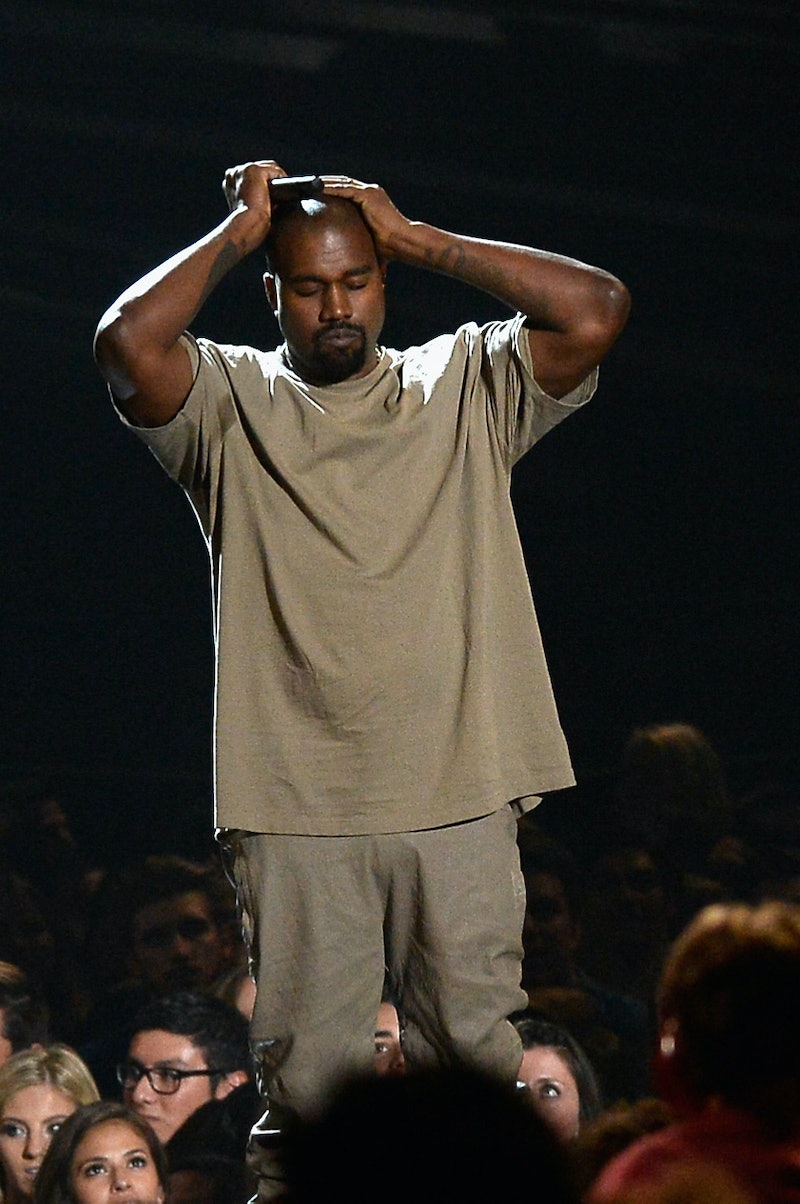 For some reason that I will never understand, the Twitter tornado that is Kanye West tweeted his take on Bill Cosby — and his take isn't a great one, to say the least. Tuesday afternoon, right after he posted an apologetic tweet to Michael Jordan and right before he posted a congratulatory tweet to LeBron James, West tweeted, “BILL COSBY INNOCENT !!!!!!!!!!” That's right: West tweeted that Cosby, the man accused by over 50 women of drugging and/or sexually assaulting them, was "innocent." Why on earth did the "No More Parties In L.A." rapper decide to take a break from penning nice little notes to legendary athletes so he could throw that tire fire of a Cosby tweet onto the World Wide Web? Again, it was for some reason I will never understand. And again, the tweet is way bad.

Twitter, of course, came back at West in full force after he posted the tweet — and there was one tweet on the site that seemed to sum up the situation more perfectly than words can describe. The always brilliant writer Roxane Gay posted one succinct and effective tweet in response to the situation:

Yep x1,000,000. West is, of course, entitled to say what he wants to say — that's called freedom of speech, and it's a right in this country. However, that doesn't change the fact that it's not his place to comment on this case — he's not involved in it. West, simply, needs to stop.

Bustle has reached out to West's rep in response to this tweet, but has yet to receive a response. Back in 2014, Cosby's former lawyer, Marty Singer, released a statement denying the allegations against Cosby: