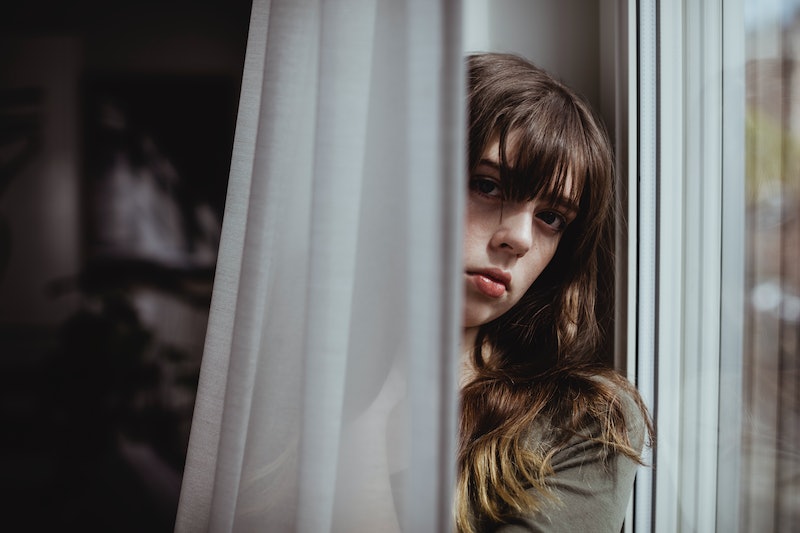 Self-doubt is a serious downer. "Can I even do this? Am I even good enough to try? Maybe I should just give up now before I embarrass myself." We can feel crippled in our abilities to do our jobs, pursue our goals, conquer our fears, or succeed at basically anything, and anybody who's had a serious attack of self-doubt can attest that it can be very hard to crawl out of. Telling the voice of self-doubt to stuff it and get back in its box might be temporarily effective, but psychology has other tricks to shift our perspective on our lack of self-belief, from swift confidence boosts to more nuanced re-shufflings of our attitudes towards doubt and failure in the longterm.

As a culture, we celebrate self-confidence: the CEOs who start companies like other people make breakfast, the charming Jennifer Lawrences of the world who seem unafraid of anything, the people in any sphere who radiate supreme belief in their own abilities. But self-doubt is a far more common human experience than serene self-belief (and, frankly, a bit less annoying). Even though it's everywhere, though, it can stand in the way of moving forward, which is where taking some tips from psychological science can help you get out of the loop.

Here are six techniques to help you cope with self-doubt without needing to wallow, repeat mantras, or drink alcohol.

Buzzfeed recently did an interview with Sanya Richards-Ross, one of the world's top sprinters and a serious Olympic medal hopeful. And in the (truly intense) discussion of her training regime, Richards-Ross said something very interesting: “I visualize myself on start line so when I go out on the track it feels like I’ve been here before … When I’m standing there I tell myself, ‘I’m prepared. I already won this race.'" Visualization, it turns out, is a pretty key confidence tactic for the highest tier of athletes, for whom self-doubt may mean the difference between a medal and fifth place.

This is a major bit of sports psychology, but you can adapt this to nip your self-doubt in the bud. Feeling a crushing lack of confidence about something in particular? Imagine yourself nailing it. Walk yourself through and visualize how you'll deal with it in a way that satisfies you. It's a way of psychologically fooling your self-doubt; there's no reason to doubt yourself, because you've already gotten through this and succeeded.

One way of negating the cycle of critical thoughts that crush your confidence and make you feel incapable or hesitant? Kindness. The idea of self-compassion to boost your confidence was put forward by the psychologist Mary Welford to Psych Central, and it's a pretty basic concept: supporting, understanding, and being compassionate towards your own struggles. We're often a lot harder on ourselves than we are on other people, but being consciously self-compassionate — being kind to yourself when you're suffering, understanding that it's not just you, and accepting yourself as a whole — means you stop "beating yourself up" with perceived failings and disasters.

How do you practice self-compassion? Welford recommends something practical: write yourself a kind, supportive, generous letter. It doesn't have to enumerate all your successes as "proof" that you're actually good at what you do (though that can be useful too). It's not meant to build up your self-esteem to its highest point; rather, it's supposed to reinforce your worth even when things go badly. Research has shown that self-compassionate people experience more stable feelings of self-worth than those focused on building their self-esteem, so go on, be kind.

3. Accept That It's Normal

A little bit of self-doubt is actually pretty common, and even likely necessary, when you're doing something that pushes your boundaries. According to Psychology Today, depicting self-doubt as something normal as opposed to a giant and insurmountable boulder may help us to overcome it; after all, it's just part of a spectrum of reactions and emotions as we pursue something. The way they put it? "Oh, that old thing again." If you say that when self-doubt crosses your mind, it may lose its power, and stop seeming like the most hideous thing on the block.

Is your self-doubt well-founded? Chances are that, if you're in a doubtful period, your answer will be "YES. DUH." But testing this sort of negative thought cycle, and exposing it to real evidence, may actually be a way to look at it more critically rather than being emotionally swept up in its tornado. To do this, you can use a technique from cognitive behavioral therapy called thought challenging.

Thought challenging means observing your self-doubt and poking it to see how realistic it is. "Is there substantial evidence for this?" you might ask yourself. "Have I competently done something similar to the thing I'm currently doubting I can do? Is there evidence that goes against my self-doubt? Do I have all the evidence to make this judgement?" Thought challenging, helpfully, can be done online (there are tons of CBT worksheets around), and can help you assess whether you're doubting yourself because of reasonable evidence or not.

5. Get Yourself A Lucky Charm

This may seem completely bizarre, but if you feel your doubt creeping in on certain occasions, nab yourself a lucky charm to "help" you. The psychological science of lucky charms is actually pretty interesting: if you're told you're playing with a "lucky" golf ball, for instance, you're more likely to score highly than you are if you're told your ball has no magic powers. Humans are superstitious, and a lucky charm can push you to make the best of yourself — which will then raise your self-confidence for the next time.

Remember this if you leave it at home, though: it really was you all along.

Got a killer interview and feel completely incapable of nailing it? Dab on some scent. A 2003 study of women and perfume found that 90 percent of women felt more feelings of confidence after putting on perfume.

And if you're still not feeling it, pose like Wonder Woman. The so-called "power pose," a term used by Amy Cuddy in her viral TED talk about how posture can increase our feelings of self-confidence as well as broadcasting our power, makes us see ourselves as more powerful. Arms on hips, hands in fists, legs spread, chest out, and (hopefully) hair streaming in a supernatural breeze of sheer power: you'll feel utterly invincible, if only for a short while. It's actually been proven.