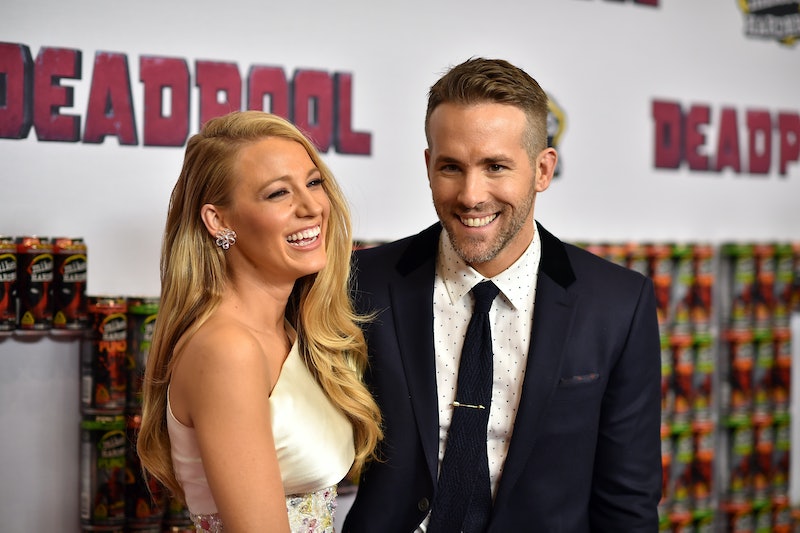 People magazine wins today's award for "easiest decision ever" because they've named Ryan Reynolds their "Sexiest Dad Alive." And it's easy to see why. Sure, it was only six years ago when the magazine crowned him the "Sexiest Man Alive," but plenty of things have changed since then for the 39-year-old, including his marriage to Blake Lively and the birth of their daughter James in December 2014. The actor has waxed poetic on fatherhood in the past, basically confirming that he is, in fact, as close to human perfection as is possible, and he spoke further on it with People, revealing what he secretly thought when he found out he and Lively were expecting a baby.

The magazine asked him how he felt about being "surrounded by estrogen" now that he's got Lively and baby James as his brood, and he said this: "I never admitted it out loud, to myself or my wife, but I really wanted a little girl. It’s the best." As for how much love he's got for his baby? Reynolds added, "I don’t have to prepare to be wrapped around my daughter’s finger. I have been wrapped around her little finger since the day she plopped out into this world."

Are you melting yet? Reynolds apparently wanted a daughter so badly because he was the youngest of four boys and the son of a cop, and felt he was "less a sibling and more of a moving target," so naturally he wanted to show off his nurturing side. He also revealed he calls his daughter "Shrimpie" and said, "Having a daughter was a dream come true for me. I would have made a terrible king."

I think I can speak on behalf of the entire universe when I say that I don't think Reynolds is terrible at anything. And also, he's so perfect it almost hurts. People definitely made a great choice with this one, and all I can hope for is more perfect Reynolds-Lively babies in the future. Hear me, universe!