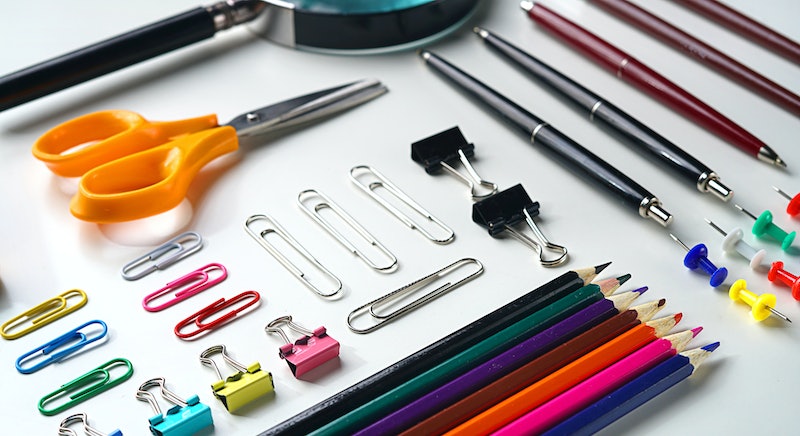 I can get so mad when I can’t achieve my (admittedly unrealistic) goals in what I believe to be a perfect and timely manner, and it makes me wonder whether others have this intense reaction as well. Low and behold, many do. Have you ever considered signs you are a perfectionist? If feeling sheer frustration if you don’t reach the stars on every pursuit resonates with you, read on.

If you think you’re a perfectionist and get a flash of concern at the very thought, don’t fret. By understanding some of the signs and learning to be easier on yourself, you can lessen the stress you’re likely experiencing and be OK with outcomes that aren’t exactly to your liking. As Health Central noted, there is a good thing about perfectionism, and that’s your desire to work hard to achieve success. Now think about the goals you have for a moment. Are they reasonably attainable? If you continue to pursue unrealistic pursuits it, you can find you’re living in constant stress, according to Health Central. Focus on the things you can accomplish, and use your will to succeed on those. For everyone who can relate to me on this, here are seven signs you are a perfectionist, and why that’s OK.

1. You’re Constantly Trying To Please Others (And Yourself)

According to the Huffington Post, often times we begin to see signs of perfectionism in childhood, particularly as students attempting to be high achievers in the classroom. If you were one of those children who constantly aimed for high grades to please and impress your teachers, parents, and/or yourself, take this as an initial sign of perfectionism. Psychologist Monica Ramirez Basco told Huffington Post one of the main problems with this mindset as a child is that it can set you up for frustration in the future when things don’t go exactly your way. Basco said, “The reach for perfection can be painful because it is often driven by both a desire to do well and a fear of the consequences of not doing well.” Squash those fears and remember that there is absolutely no way that everything is going to go perfectly all of the time. Expecting such is equal to living in a fantasy.

2. You Have An “All Or Nothing” Mindset

Elizabeth Lombardo, PhD, a clinical psychologist, explained the idea of an “all or nothing” mindset best in her article on Everyday Health. She noted this could be as simple as messing up you diet by having a cookie, then — since you already blew it — going for the entire package of cookies. Lombardo also used the example of not having enough time to meditate for 30 minutes, so not doing it at all... it’s all or nothing. While this is something very common to the thinking pattern of perfectionists, if you chill out on this severe thinking just a bit you’ll be able to easily address that the world does not always need to work in black and white — as Lombardo put it — and rather can be quite comfortable in the gray zone.

3. You Subconsciously Set Standards For How Others Should Act

Health Central noted a primary sign of a perfectionist is that they tend to set standards for how others should act, in addition to the standards they hold for themselves. This could mean being especially judgmental and critical of others, as you aim for perfection all around you. According to Psych Central, this could also mean you’re impatient with others as well, and might find you treat them harshly when their actions don’t align to how you’d like them to behave. While it’s OK to have standards for yourself, try to be lenient on the standards you have for others. There is simply no way you can control how other people act, so don’t stress yourself out over it.

4. You’re Not Particularly Open To Feedback

Receiving critical feedback as a perfectionist is like being dropped in the middle of the ocean as someone who can’t swim. According to Lombardo, perfectionists often view feedback as an attack on their core worth and it can lead to feelings of shame. Lombardo said, “Even a simple comment like ‘You might have tried X…’ translates in your mind to ‘You are worthless.’” When this type of critical feedback comes in, you might overact by crying or even yelling. The best way to manage this, according to Lombardo, is to stop making the feedback a direct correlation to your worth, and instead use it to propel you forward.

Asking for help? No way, no how. Perfectionists feel them can accomplish tasks most successfully on their own. According to Health Central, if you’re a perfectionist you might think asking for help is a sign of weakness — something you majorly want to avoid. The feeling of being self-sufficient is great — so don’t beat yourself up over that! However, realize that sometimes things can get done way more efficiently by having someone assisting you.

6. As Ironic As It May Seem, You Tend To Procrastinate Regularly

This may seem very strange, but it’s true — procrastination and perfectionism can go hand-in-hand. According to the Huffington Post, perfectionism is associated with self-defeating behavior (think fear of being unable to succeed) such as excessive procrastination. So, got a paper due in class tomorrow? You might head to the beach for the afternoon instead. The outlet noted studies have shown other-oriented perfectionism — a form of perfectionism driven by the desire for social approval — is linked to the tendency to put off tasks. Why? A study from the Social Behavior and Personality journal showed procrastination habits amongst these individuals come mostly from anticipation they’ll be met with disapproval from others. Instead of fearing disapproval will come your way, remember how goal-oriented, focused, and successful your perfectionist personality allows you to be, and try to get to work ASAP on projects rather than waiting until the last minute.

7. You Have A Difficult Time Celebrating Your Success

According to Psychology Today, if you’re a perfectionist, you aren’t one to celebrate the success you’ve achieved, and don’t feel comfortable declaring victory despite how big it may be. Likely, you’ll instead attribute the achievement to luck, the outlet noted. We already know that perfectionists are hard on themselves when working to achieve something, but even when they’ve completed the task successfully they might tend to say they wished they’d achieved it faster, or find other things that could have gone better. Attention perfectionist — bottom line is you succeeded, and that’s really all we perfectionists should be hoping for. Don’t pick apart the success… celebrate it as deserved. This achievement is a prime example of how your hardworking attitude can pay off.

For those of you who related to the points made above, keep in mind that there’s nothing wrong with being a perfectionist, but remember to always try to go easy on yourself (and on those around you as well!). We’re all only human, after all. For anyone who still isn’t sure whether they completely align as a perfectionist or not, Psychology Today offers a perfectionist test that you can take online here.