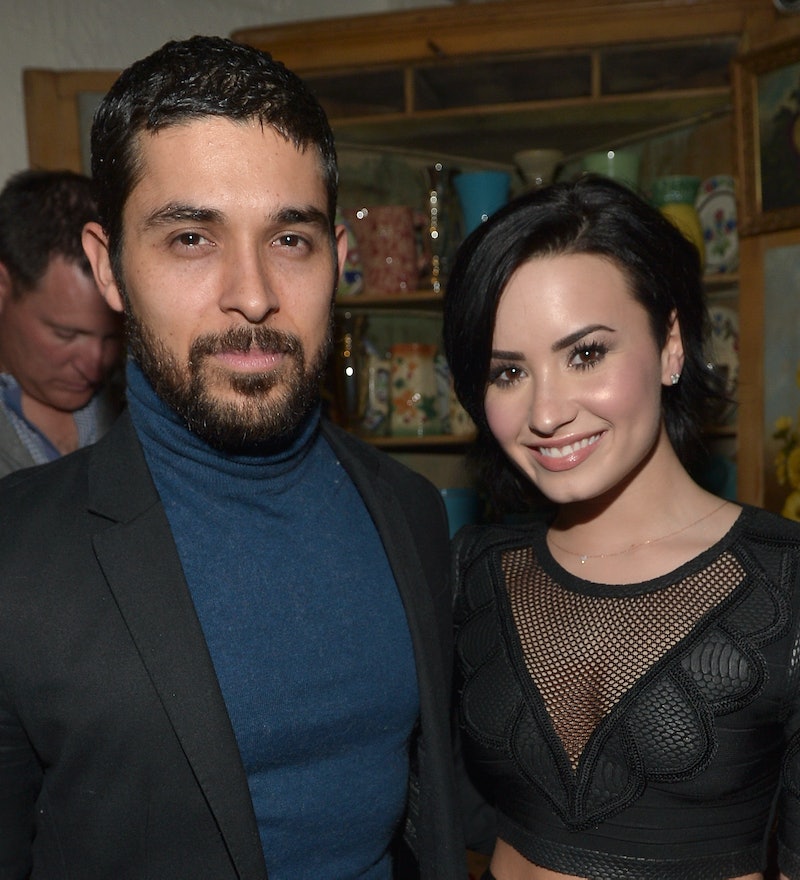 In a recent appearance on Ellen, Lovato clarified engagement rumors to host Ellen DeGeneres when asked and was pretty darn blunt about the status of her relationship with Valderrama, telling DeGeneres: "I don't see a ring," she said, showing her left hand to the audience while laughing. "I wouldn't mind if I saw one!"

"There's time for everything, you know," she said seriously. "We've been together this long, and obviously I'm not going anywhere and vice versa." (As for just how long "this long" is, Lovato explained, "I met him six years ago. And we were friends at first. I mean, I was head over heels... and he was like, 'Uh, stay away until you're old enough,'" Lovato recalled with a laugh. Here's your reminder that Lovato and Valderrama met in 2010 when she was 17 and he was 30. "We've been off and on for about five, five-and-a-half years.")

The "no, we're not engaged but I would like to be!" statement is a sentiment that the 23-year-old singer has stated in the past. She's beyond in love with her longtime boyfriend, and while they're not engaged to be married, Lovato would say yes in a heartbeat if Valderrama popped the question.

"I am very, very in love with him," she told an Australian radio station over the summer. "I think — we will probably wait a little bit longer, but — if he asked me tomorrow I would say yes." Whether or not that's a hintity hint hint to Valderrama or just a statement of her feelings towards her boyfriend, one thing's for sure: Lovato is madly in love and ready to walk down that aisle.

Of course, Lovato's desire to marry her longtime beau doesn't exactly come as a surprise — she has long been vocal about her love for Valderrama, even going so far as to pen an extremely personal and poignant note about how much of a support system he has been for her over the years:

"I wish I could put into words how grateful I am for this man right here. But my love has grown to a level that words could never possibly express how much this man completes me," she captioned an Instagram picture. "He's loved me the way I never thought I deserved to be loved and with this day marking my 3rd year sober… After sharing my ups, putting up with my downs and supporting my recovery… he still never takes credit and I want the world to know how incredible his soul is. I really wouldn't be alive today without him. I love you Wilmer."

Engaged or not, it's clear that Lovato and Valderrama have a solid foundation to their relationship. And when you have a rock like that, that other rock really kinda comes in second.