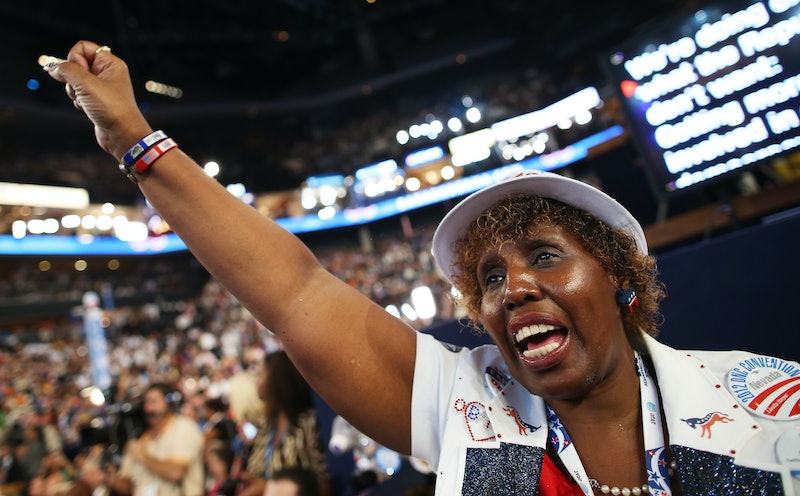 Nevada caucus-goers will cast their votes in the race for the presidential nominations starting Saturday, with the Democratic caucus, followed by the Republican caucus on Tuesday. Seventeen precincts throughout the state will hold conventions to elect the delegates for the national conventions in July, when those delegates will actually choose the party's nominee for president. Nevada is a classic swing state, and candidates will be pulling out all the stops chasing after the state delegates. But how many delegates does Nevada have?

In the Democratic caucus, Bernie Sanders and Hillary Clinton will be fighting for 35 of the state's 43 delegates. To arrive at that number, the Democratic National Committee considered a variety of factors, including district delegates based on how Democrats voted in congressional districts in recent elections, at-large delegates, and also pledged and unpledged PLEOs (Party Leader and Elected Officials). Along with the those 35 delegates, the remaining eight delegates are superdelegates (aka unpledged PLEOs), meaning prominent politicians and party members who are free to vote for whomever they want at the national convention. Three of these superdelegates have already pledged to support Clinton, and one has pledged support for Sanders.

For the Republicans, the process is much simpler because there are no superdelegates. Nevada is awarded 30 delegates in total: 10 at large (the same as every other state), 12 district (three each for its four congressional districts), five bonus (for its loyalty to the Republican party in elected offices), and three Republican National Committee (also the same as every other state). All 30 delegates are awarded proportionately, based on the caucus goers votes — meaning the still-crowded field could be split significantly.

Right now, the bulk of those delegate votes are expected to go to Clinton and Donald Trump. However, those polls are a little outdated, and may change significantly as the caucus draws nearer. Both races have changed since the latest polls were published in December — Bernie Sanders' huge win in New Hampshire, as well as John Kasich's surprising second-place finish, could shift those presumed frontrunners down.

Voting begins at noon PT on Saturday, so get ready for another nail-biting caucus day. If you live in Nevada, it's sadly too late to register to vote, but you can still change your party registration. May the best candidate win!