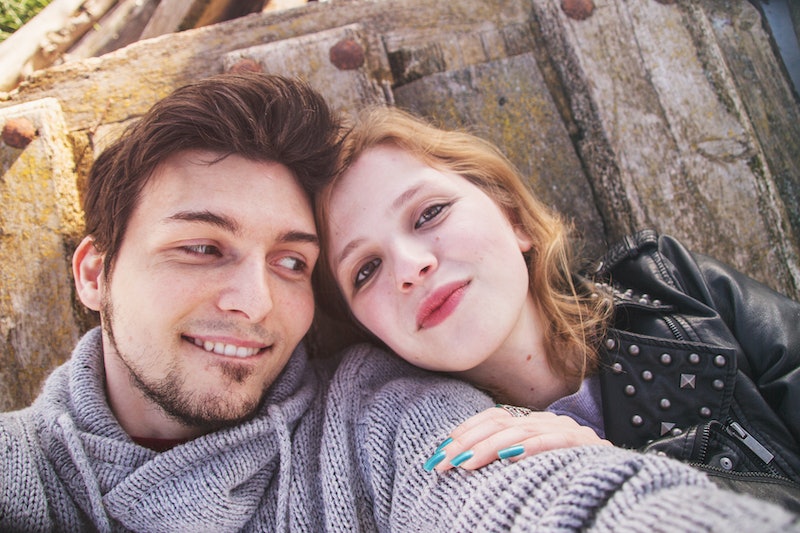 I'm far enough removed from being a teenager at this point that it's hard for me to remember the horrifying jumble of feelings that come with it, but perhaps that's one of the biggest reasons why I enjoy reading young adult literature. Everything seemed like a terrifically life-or-death experience when we were teenagers, bringing a certain sense of sincere drama that stops being acceptable in your 20s and 30s. Of course, one of the biggest sources of teenage angst revolved around sex.

Now, I was one of those people who didn't get down until I was a legal adult, but I can still remember the moments of my breathless youth. I was poised on the edge of womanhood, staring down an entire aspect of my existence that up until a few years ago was not exactly on my radar, but boy did I think about it once it became a sort of option in my life. I was the kind of virgin who bought condoms for her younger, more sexually active friends while secretly burning with envy over the fact that they were able to do something that was, to me, equal parts incredibly simple and yet so incredibly complicated.

In response to this, I turned to books to get some sort of sense of what everyone was doing. As a teen in the early '00s, I didn't find many straightforward sex talks in YA novels (the two books that spring to mind are Judy Blume's Forever... and the Gossip Girl series), but as the years go by and the YA genre grows and grows, books become open about sex in a way that wasn't there before. There are some who seem concerned about it, but in my opinion, it's simply more true to life if it's at least on the table in some way.

We all were teenagers once, and perhaps you still are, so you can understand the awkwardness and terror of a teen's blossoming sexuality. I've compiled a list of 11 quotes from various YA novels that capture the strange, often poetic, and ultimately sexual mind of a teenager. Sit back and enjoy the nostalgic (or soon to be nostalgic) rollercoaster of emotions!

1. Jack winds one long arm behind his seat, brushes his fingers against my knee. I am mortified by the effect this gesture has on me, stare resolutely out the window, try to gather some semblance of dignity as a rich glow spreads between my legs. Maybe Aurora will pull the car over right now and go for a walk. A really long walk. Maybe Jack will take off all his clothes.

—Sarah McCarry, All Our Pretty Songs

2. “I kiss her and she finds the light switch and turns it off, and we're just lit in Pepsi-can colors and it's like we've finally found this other kind of conversation, this conversation in gestures and pulls and pushes and breaths and grasps and teases and glimmers and rubs and expectation.”

3. “He unbuttons my shirt, kisses down the lights. They’re bright enough to light up the blood in his lips. I can hardly believe the noises coming from my throat, but he’s quiet. I’m cradled in city lights; I’m floating. “I thought you wouldn’t.” I gasp as I climb over him. “I thought you didn’t want me.” I thought you didn’t love me. “I’m being selfish,” he says in his own voice. I don’t know what he means, but I can’t ask. I’m half naked against the glass. My words have broken down, my thoughts smear from my mouth like shapes, formless sounds expressing only emotion. I remember how it was with Gil: tentative, awkward, fun. I hardly recognize this as the same act.”

4. "Our slippery, baked skin would find each other’s under the water; we’d lock glowing eyes in the wet moonlight and realize how happy we made each other. He’d kiss me, and I’d look knowingly into his eyes before I kissed him back. I’d wrap myself around him, and he’d carry me out of the water, and we’d make slow, throbbing, Harlequin love on a smooth, flat rock under some sort of weeping tree."

5. "The whole affair was the precise opposite of what I figured it would be: slow and patient and quiet and neither particularly painful nor particularly ecstatic. There were a lot of condomy problems that I did not get a particularly good look at. No headboards were broken. No screaming. Honestly, it was probably the longest time we’d ever spent together without talking."

—John Green, The Fault in Our Stars

6. “I grabbed my book and opened it up. I wanted to smell it. Heck, I wanted to kiss it. Yes, kiss it. That’s right, I am a book kisser. Maybe that’s kind of perverted or maybe it’s just romantic and highly intelligent.”

—Sherman Alexie, The Absolutely True Diary of a Part-Time Indian

7. "I touched my lips to hers again, and this time, it was a very different sort of kiss. It was six years’ worth of kissing, her lips coming to life under mine, tasting of orange and of desire. Her fingers ran through my sideburns and into my hair before linking around my neck, alive and cool on my warm skin. I was wild and tame and pulled into shreds and crushed into being all at once. For once in my human life, my mind didn’t wander to compose a song lyric or store the moment for later reflection. For once in my life, I was here and nowhere else."

8. “You gonna back down so easy, little sister?. Not much wild about you, is there? I bet that cottage doesn't have a scratch. Did Edward tell you how many houses Rose and I smashed?”

9. “It was like there was an elephant in the room. An elephant that expected us to have sex.”

10. “Adam lay perfectly still, little groans escaping from his lips. I looked at the bow, looked at my hands, looked at Adam's face and felt this surge of love, lust, and an unfamiliar feeling of power.”

—Gayle Forman, If I Stay

Well, of course it was true. But if Tiffany didn't know this, now was not the time to clue her in.

'How do you know we weren't trying to get in their pants?' I asked."