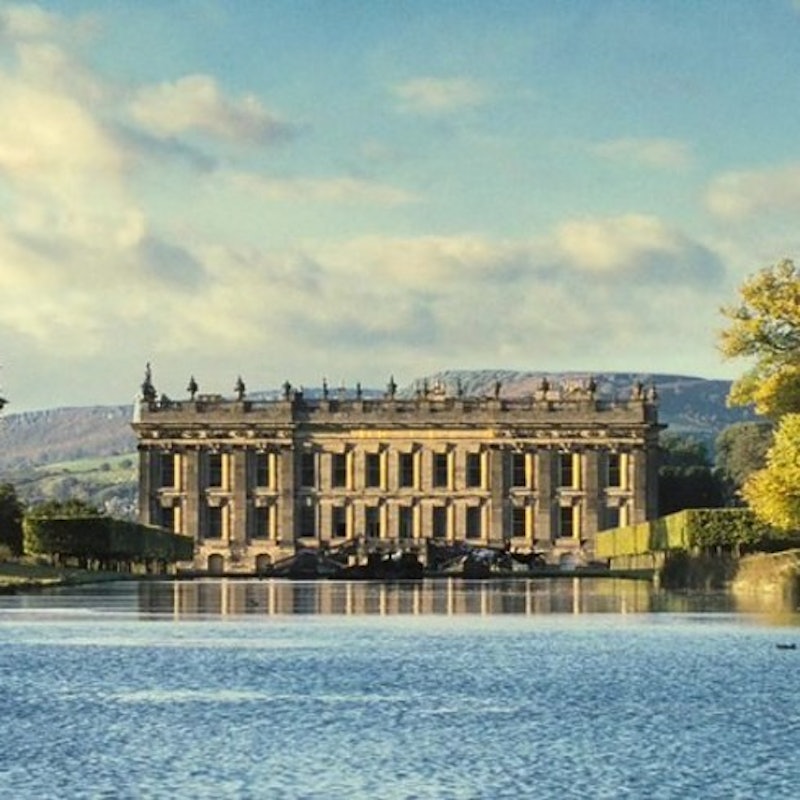 Of course, for modern Jane Austen fans, your life probably looks more like Bridget Jones’s Diary than the picturesque Sense and Sensibility. By this I mean that you’re probably in your pajamas right now, blasting Celine Dion, as opposed to playing whist while someone tries to propose to you. But it doesn’t HAVE to be that way. Though the Regency era has ended, and we’re not all riding in carriages and donning bonnets and muslin dresses, there are still ways to experience the world of Jane Austen novels.

From locations where Jane Austen lived and wrote, to beautiful towns mentioned in her novels, to settings used in film adaptations of her works, the following places are perfect for the traveling Janeite to visit.

1. The Jane Austen Centre In Bath

Bath is used as a setting in Persuasion and Northanger Abbey, not to mention that Jane Austen herself lived there for several years. The Jane Austen Centre is a great place to start your tour of Bath. Costumed guides will tell you information about the author, you can see a wax figure of Jane, have tea in the Regency Tea Room, and, if you go in September, you can attend the Jane Austen festival. Dream come true.

Jane Austen lived and wrote in this house in Chawton, Hampshire, which is now a museum you can visit. You can explore both the house and garden, and perhaps find writing inspiration of your own.

Lyme Park was used as the Pemberley exterior shot in the 1995 BBC film adaptation of Pride and Prejudice. You can visit the house and grounds, including the lake... yes, I'm talking about THAT lake.

Remember the infamous Box Hill scene from Emma? Well, you can visit the actual location: Box Hill includes some beautiful countryside, perfect for writers looking for inspiration from nature. Just make sure you don't insult someone and get reprimanded by your Mr. Knightley...

This beautiful house has been used as a backdrop for a number of films, including a couple Jane Austen adaptations (you probably recognize it from the 1995 Sense and Sensibility or the 2005 Pride and Prejudice), in addition to films such as The Young Victoria. You can tour the grounds, so get ready to step into a movie yourself!

In Pride and Prejudice, Elizabeth Bennet visits Chatsworth before visiting Pemberley. And if you've seen the 2005 Pride and Prejudice, you probably recognize Chatsworth, because it was also used to represent Darcy's home. You can visit the house, garden, farmyard, and even stay in nearby cottages and hotels so you can explore more of surrounding Derbyshire.

Brighton is mentioned in Pride and Prejudice, but the seaside resort is also featured in Austen's unfinished novel Sanditon. Today there are plenty of things to do in town, from shopping at the flea market to checking out street art to eating at The Regency, a restaurant located at the former home of Harriet Mellon, a wealthy Regency era actress. According to Lydia Bennet, this is also a good place to find husbands.

You can tour the stunning Stourhead House, check out the Regency library, and view the art collection and Chippendale furniture. But the real reason I want to visit this place? It's home to the gazebo from the 2005 Pride and Prejudice first proposal scene.

Here's another one for 2005 Pride and Prejudice fans (this movie has some seriously beautiful locations, you guys): Stanage Edge is home to the beautiful cliff Elizabeth Bennet stands on in the film, and you can visit. If you like rock climbing, this is a great place to be sporty AND appreciate Jane Austen. I just want to gaze at the scenery and listen to Liz on Top of the World on my iPod, personally.

Every Jane Austen fan knows that one of the best Austen adaptations is Clueless, which is based on Emma. Visit places in Los Angeles like Cher's house, the stop sign where Cher totally paused, and the electric fountain where Cher realized she was in love with Josh — find a map to those places and more here.