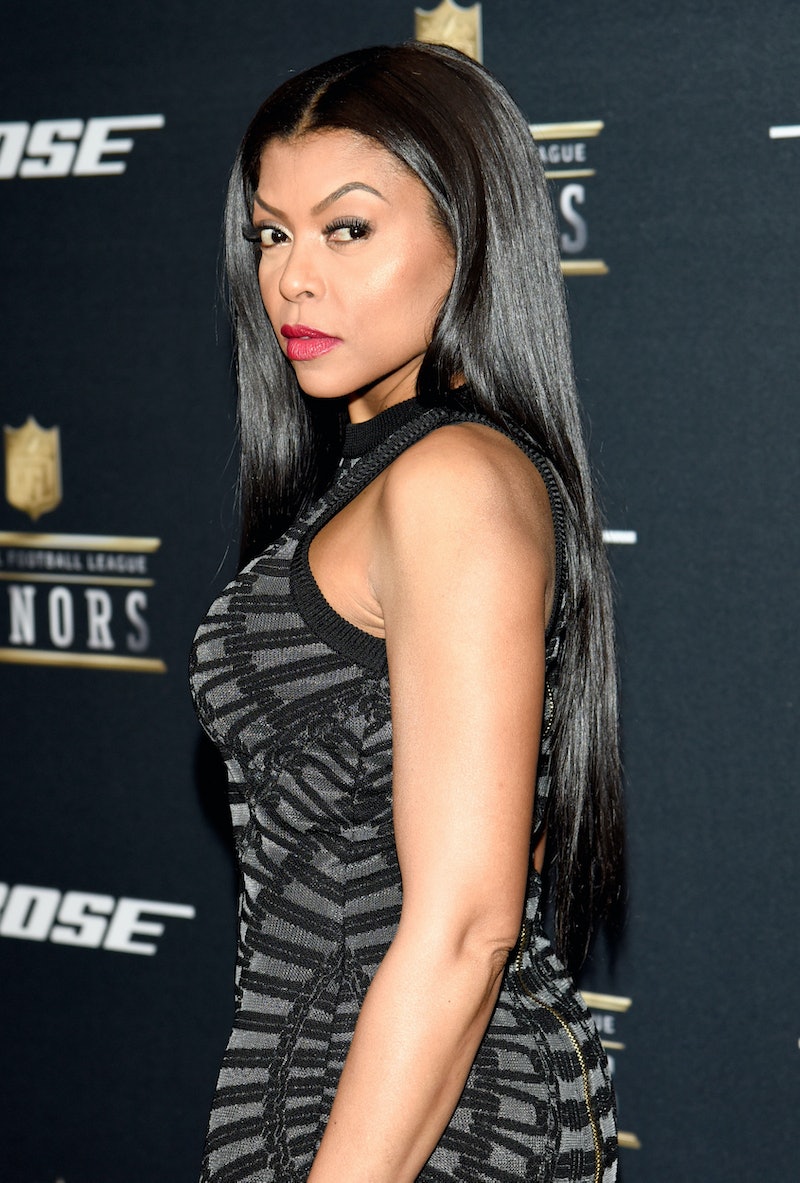 Super exciting news out of Hollywood today: Taraji P. Henson has officially signed on to Hidden Figures, the film adaptation of Margot Lee Shetterly’s book about a group of black female mathematicians who made huge contributions to the space race during the Cold War. And if you took one look at that description and thought, “WHOA that sounds like an amazing story,” a.) we have a lot in common, and b.) you are so, so right. Because the real-life women behind this movie are some pretty phenomenal, and they deserve to have their stories told in a big-budget production. Hollywood, for once, it seems like you're getting it right.

So who are these women that Shetterly’s based her nonfiction book on? They are just a few of the many African-American women who worked for the space program back in the '50s and '60s, crunching numbers and analyzing data. These women provided NASA with some serious computing power long before there were actual computers to do that for them.

Some of the women who Shetterly mentions on her website as having an impact are Katherine Johnson (who Henson will portray in the film), Mary Jackson, Dorothy Vaughan, Kathryn Peddrew, Sue Wilder, Eunice Smith, and Barbara Holley. Whether or not all of these women’s stories will be featured in the film is not yet clear. Either way, according to Shetterly's website, these women are just a few of many black women who, after WWII, went to work for NASA in the wake of the shortage of male staffers.

The work that these women did was of course during an extremely critical time in our country’s history, and the fact that they were doing their work in the middle of the Cold War, the space race, civil rights, and gender equality makes their impact on history even more impressive. The fact that this was also such a pivotal time for women of color makes me even more excited for their stories to be told.

As of now, the film is scheduled to be released to coincide with Martin Luther King Jr. day, on January 13, 2017.

More like this
What Does The Presley Family Think Of 'Elvis'?
By Arya Roshanian
The 'Spiderhead' Movie Ending Is Nothing Like The Short Story It’s Based On
By Morgan Leigh Davies
How To Stream 'Jurassic World: Dominion'
By Morgan Leigh Davies
Everything To Know About Netflix's Marilyn Monroe Movie 'Blonde' Starring Ana De Armas
By Grace Wehniainen
Get Even More From Bustle — Sign Up For The Newsletter