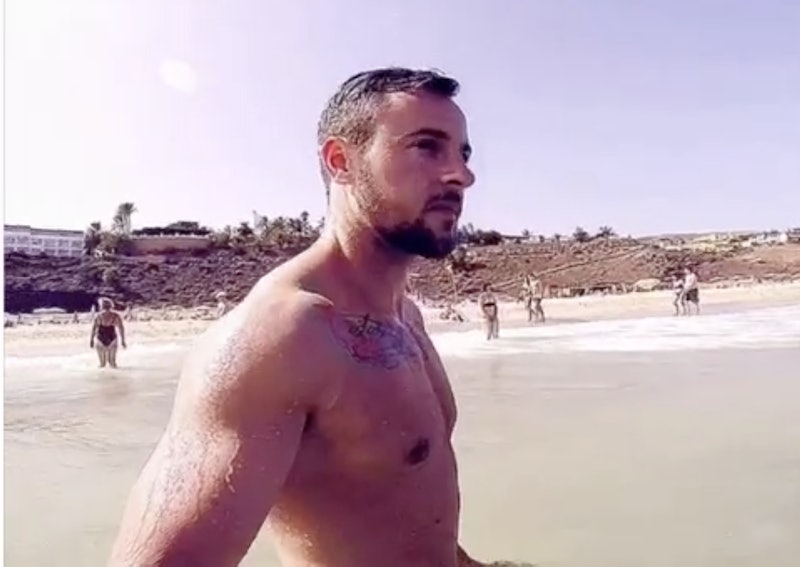 Fitness model Ben Melzer is making history with an upcoming cover of Germany’s Men’s Health: He’ll be the first transgender person to grace the cover of a European men’s fitness magazine. Selected for a cover after entering the magazine’s cover model contest, Melzer will be appearing on the front of April's collector’s edition of the German version of Men’s Health (it’ll be available in March). Melzer follows in the footsteps of Aydian Dowling, who appeared on a special collector’s edition cover of U.S. Men’s Health last year, making him the first trans person to be featured on a cover of the American version of the magazine.

Melzer, who describes himself as a “selfmade man and trans activist,” told Towleroad that he began transitioning when he was 23. “I always had a passion for fitness but because of the surgeries it was hard to achieve my goal,” he said. “After about 3 years everything was finally done and I started to concentrate on my training and diet.” Melzer shares his life and fitness on Instagram, and he campaigned to win this year’s cover model contest. In an interview with Bild.de, Melzer explained why he chooses to live so publicly, saying, “Many ask me: Why do you do this, why did you go public and tell your story? But that’s easy to answer. When I was in that situation, I had nobody to talk to, nobody to ask all [these] questions. That’s what I want to do. I want to give the community a face, stand up and answer those questions for people. If there is one person out there I can help, I will succeed.”

You can also check out his interview with Bild.de, below: