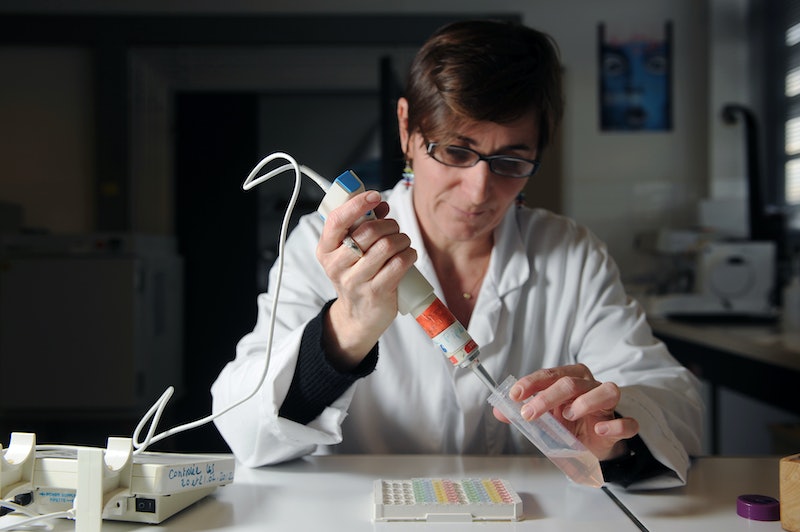 Feb. 11 is the International Day of Women and Girls in Science. Despite the fact that in the United States, college-educated young women now outnumber college-educated young men, women still are under-represented in the so-called STEM fields — science, technology, engineering and math. According to figures released by the Economics and Statistics Administration division of the United States Department of Commerce, women hold only 25 percent of jobs in STEM fields. Women with STEM degrees are also are less likely than their male colleagues to end up working in STEM fields after graduation, tending to enter the health care or education fields instead. So, how can you help women and girls succeed in STEM careers and overcome these challenges?

What holds women and girls back from success in STEM seems to be an issue of environment. According to results from PISA, the Program for International Student Assessment, and the Organization for Economic Cooperation and Development, the gender gap that exists between American girls and boys in science isn't due to any inherent genetic differences. Rather, gender stereotypes surrounding careers seem to be formed in children by the age of four. The lack of diversity in the STEM workplace isn't without repercussions; diverse voices are crucial in the pursuit of ethical science.

If the idea of suddenly changing your major from history to chemical engineering isn't necessarily the most realistic option for you personally, there are still several different ways that you can help support the efforts of women and girls in STEM. One of the most crucial things a woman can do to help other women and girls succeed in STEM is literally to just be supportive. U.S. Department of Education research shows female students "who have a strong self-concept regarding their abilities in math or science are more likely to choose and perform well in elective math and science courses and to select math and science-related college majors and careers."

Something that you can do right now — or rather, after you've finished reading this article — is to evaluate how you talk about math and science in your own life. Saying, "I'm bad at math" or, "This is just too hard!" is an example of entity orientation: the belief that you are either good or bad at something, end of story. However, a meta-analysis of several studies by an interdisciplinary team of researchers based out of Northwestern University found that, simply put, mindsets matter when learning skills like math and science. Simply by believing that you are bad at something could really be making your performance worse!

Conversely, by introducing low-income minority teenagers to the concept of brain plasticity — basically that hard work will definitely translate to increased achievement — another team of researchers lead by Dr. Carol Dweck found that the students were able to keep their math grades up, while the control group saw grades slide. Gifting puzzles, lab sets, and books for holidays and birthdays that engage problem-solving skills is another way that you can help inspire the women and girls in your life to pursue careers that use STEM skills.

If you'd like to get in on the fun yourself, the so-called "magic mirror" is an open-source project that you can make for under $100 at home with some second-hand computer components, a Arduino microprocessor and a two-way mirror. The pre-written code package allows you to check the weather, track stock performance, and even control external appliances with just your voice — and since the code is open-source, you can incorporate your own code and build new modules.

Supporting the work of organizations who have already made a commitment to reducing the gender gap in STEM jobs is another tack to take. Look into the National Girls' Collaborative Project, an umbrella organization dedicated to networking and resource sharing among groups that encourage girls to pursue careers in STEM. You can check out their website to find a local collaborative group in your area, download free informative literature and infographics to share, or make a donation to support a specific NGCP program here. If you happen to be a woman in a STEM job yourself, consider volunteering to give a presentation at a local school, or becoming a mentor with Million Women Mentors, a group that empowers women to mentor others interested in STEM.

Creating a more conducive environment for girls and women in STEM isn't just a matter for international committees of highly-regarded experts. There are tons of different ways for you to pitch in that will help make careers in math and science a more desired option for today's young women.

More like this
The Most Powerful Photos From The Weekend’s Abortion Rights Protests
By Melanie Mignucci
The Families Of Grenfell Tower Are Still Waiting For Justice, Five Years On
By Bustle UK
34 Quotes That'll Inspire You On Juneteenth & Beyond
By Syeda Khaula Saad and Siena Gagliano
How To Fight For Reproductive Rights, Based On How Much Time You Have
By Courtney Young
Get Even More From Bustle — Sign Up For The Newsletter